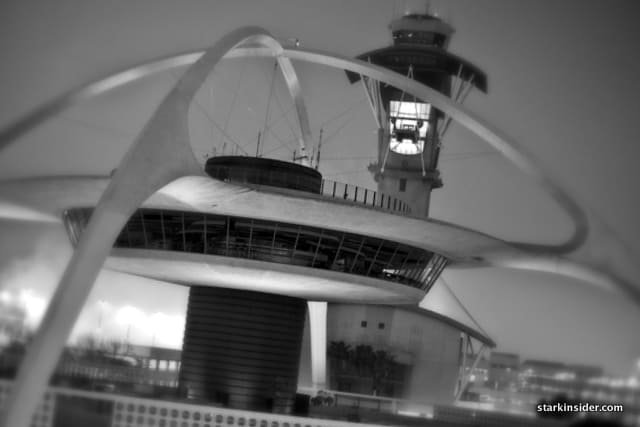 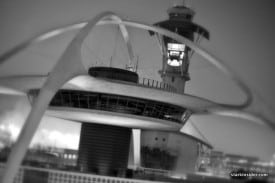 I’m convinced that LAX airport management executes a covert operation. After midnight, they bus in a truckload of local inmates who may or may not have showered during the past few weeks. As a committed group, they lay down with the utmost of discipline on their bellies onto the carpeted terminal floor — the one we use to connect to Loreto via San Francisco.

The army of inverted snow angels proceed to rub their armpits against the carpet for the next four hours.

I can count on one hand, using one finger no less, how many times I’ve sat next to a would-be Gypsy woman on a plane.

The one and only time was on our way to Loreto, Baja for the first time, after Manny Cordova had finalized our POP contract, and we were on our way to a “sales event.” If that was the real party to follow then my after-hours meet-up with Murphy Gamble, following a late game of hockey in Fremont would be a tantalizing appetizer of epic bachelor proportion. So the Gypsy woman with her hemp pen, the tattered journal and the cryptic rants about Loreto Bay and us “arrogant soldiers sent by the capitalistic Devil” would delightfully come a few days later. And it would be the second time in as many days that someone asked if I knew about Scorpion Bay; really knew they would insist, aka “the secret” to which I had nothing but a blank stare to offer in return.

Meantime, this rainy, chilly evening (ideal serving temps for a Napa Chardonnay mind you) in Silicon Valley would be all about the adrenaline rush, first on the ice and later up at Murphy’s over-the-top compound in Atherton.

Ironically life had taken me from a childhood in the coldest capital city in the world (besting even Moscow) to adulthood in Northern California to escapism in the scorching desert of the Baja where freckles flourish, and receding red hair turns blonde. As the great Farley Mowat once wrote, “It is a long way in time and space from the bathroom of my Grandmother Mowat’s house in Oakville, Ontario to the bottom of a wolf den in the Barren Lands of central Keewatin, and I have no intention of retracing the entire road that leads between.” And while I don’t plan to retrace such steps here either I find myself amused at the juxtaposition of a pale Ottawa-born lad against the cruel simplicity of the Baja desert landscape.

As I drove up to the ice rink in Fremont, I wondered if these legs, especially these tormented knees — nearing four decades of crushing abuse with each stroke of the skate against the ice — could still keep up with the twenty-somethings I’d face-off against in this Northern California beer league. I remind myself to keep it simple: time and space, time and space. Visions of Wayne Gretzky would come to me (before the crying and move to L.A.) and remind me to go where the puck is going… not where it is. Words of wisdom, Lloyd, my man.

Loreto Bay would also give me pause for thought.

Was this oasis along the Sea of Cortez too good to be true? Everything about the project was lined with gold. Well, green actually. As in tread lightly. According to the brochures it seemed like the more the developers built, the more the environment would thank them. I couldn’t think of a bolder statement anywhere in the world. It reminded me of that Seinfeld episode, you know the one where Jerry has to do man’s work to keep order in the world: “Sex to save the friendship?!” It would seem, at least according to the Loreto Bay marketing team (located somewhere in Arizona rumor had it) that if global warming was an issue then the solution was simply to build more homes, preferably along pristine landscape.

The upside was the adventure. As Loni would remind me more than once, we would be embarking on a journey. It would be something new this building a home in the Baja, quite different than buying a condo in Vancouver where everything was a known quantity. Plus, we would continue to write about it on a blog we had created, unfortunately named StarkSilverCreek. In 2006 no one was writing about the Loreto Bay development or the town of Loreto too often. Sure, there were some interesting travel bits here and there, but much to our surprise it seemed like the world hadn’t really taken notice.

All of these thoughts percolated as I pulled into the ice rink. Once again I was listening to one of my favorite pre-game tracks, Lifehouse’s “Hanging By a Moment.” I turned off the radio, grabbed my gear from the trunk and headed to the locker room. As was always the case, my pulse quickened as the drop of the puck neared. Sure, it wasn’t the Stanley Cup finals, but still it was a thrill, and one of the reasons why some thirty years later I still enjoyed the sound of the puck banging off the boards; there was nothing like the call of the ice.

Some 600 calories and an hour later, drenched in sweat, I stumbled back to the car in typical post-game exhaustion slow-mo. Must get beer. It was just past midnight and I needed to boot over to Atherton to see what exactly Murphy had in store for the evening. I knew there would be libation, this much would be true. But what about these people he wanted me to meet? There was always something. This deal. That scoop. Another start-up.

We had talked once about Loreto Bay, and he dismissed it as a Ponzi scheme for boomers. He told me the brochures were “too colorful” and “too slick.” “Let me guess,” he had said, “The sales people all own units too? Right? Am I right or what? Sucker sales 101. Yeah, ride the horse baby!” I suspected he wasn’t exactly a stranger to the idea himself. I was certain he had used it at least once or twice to fund some hair-brained scheme. The only difference being he’d throw in at least a few buxom blond models. “Money follows pretty” he told me once over bourbon at the British Bankers Club.

Like Woodside, Los Altos Hills and Palo Alto, you get the feeling that money literally grows on trees here; or maybe those are just term-sheet napkins blowing in the wind. At night these small cities fuel the machine that is Silicon Valley. By day, the money heads to work, in offices along Sand Hill Road, a Wall Street of sorts, but without the high rises and killer delis. There’s nothing better than driving among the Redwoods, windows open, and letting the gentle breeze sooth the soul after a strong skate.

Murphy Gamble lives in a compound. From what I’m told it was formerly owned by one of the 49ers greats, maybe Jerry Rice, I can’t recall. It’s not the kind of house you see from the street. It’s offset by almost a mile of twisty driveway that you can only get to after passing a foreboding gate, flanked by large Greek or Roman or something pilasters (gaudy dare I say… sorry Murph). It’s a Tuscan behemoth with tennis courts, expansive garage space for far too many sports cars, swimming pools, all sorts of multi-level decks, home theater, etc. There are much worse displays of indulgence I suppose. I don’t question or judge. Hey, I’m just looking for a beer, maybe a slice or two of pizza and some good conversation. Although I still smirk and wonder why on earth a 12,000 sq. ft. home would only have three bedrooms. That’s a lot of play space!

I look at my watch. 12:40am. Perfect, I thought. Just enough time for a quick power nap. Murph doesn’t like folks being too early or too late. So I park outside the gate on the street just in front of some other cars surely there for the same party (although I hesitate to call them parties, this was just another day in the life of Gamble really). It’s not long before I’m zonked out, sitting there in my car, outside of the compound in Atherton. My mind goes soft, and I lose track of time and space.

I think about the upcoming trip to Loreto Bay. Something doesn’t feel quite right. I drift in and out of sleep. Next thing I know I’m standing in the kitchen watching Murphy Gamble, a blond on each arm, talk up a storm. And that beer, of course. It’s frosty cold, in my hand, and, all of a sudden, I’m not so confused anymore.

Next episode: Scorpion Bay – Episode 5 “Stranger in a Strange Land”