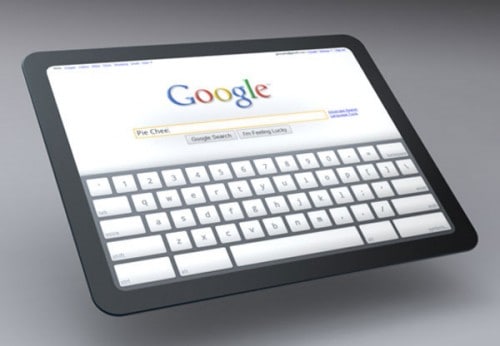 Ever since Apple launched the iPad earlier this year, we’ve been waiting for a competitive alternative. So far: crickets. And just like Avatar did for 3-D, Apple is now doing for Tablet PCs; where there’s money, there’s a gold rush.

But so far, we’ve been doing a lot of reading about other Tablets, and not so much reviewing.

Asustek, true to form, has a new product roadmap littered with Tablets–running both Microsoft and Google Android mobile operating systems. HP occasionally makes a headline with its recent acquisition of Palm which netted the much-loved WebOS. Will it appear in a Tablet? When? Ballmer, perhaps the most over-heated pitchman of the century, continues to huff-and-puff about Microsoft’s answer to Apple iPad. So–I hate to ask–where is it?

Thankfully, the real answer appears to be coming from the same companies that put a small smartphone thorn into the sides of RIM and Apple. That would be the all-star trio of HTC (hardware), Verizon (distribution and network), and Google (operating system and other magic). This is the same team that hit a home-run with the Droid launch November 2009. Ever since then, RIM’s market share as eroded. Finally, there was a sexy alternative to the Apple iPhone.

Now I think HTC/Verizon/Google are about to do the same thing in the Tablet space.

Although unconfirmed speculation, here’s what we think we know so far about it (according to Download Squad). It will launch on Black Friday. The tablet will be built around an NVidia Tegra 2 processor, with a 1280×720 multitouch display, 2Gb of RAM, a 32Gb or more of SSD storage, webcam, GPS, and Wi-Fi, Bluetooth, and 3G networking. Again, this is rumor. While the specs and design may change, you can bet that something is coming.

Here’s 10 reasons why I think the HTC/Verizon/Google Tablet PC can go toe-to-toe with Apple iPad:

1. It’s not made by Apple – consumers appreciate choice.

2. Android and Chrome are open source – easier to develop apps at lower cost.

3. HTC is killing it – some of the best smartphones (the Incredible) are coming out of HTC.

4. Unlike the iPad, it will run like a true PC with full multi-tasking.

8. Fans of Google will love the integration – just like the smooth-as-butter Google integration on Android (Gmail, Docs, Apps, Calendar, etc.), expect Chrome OS to do the same.

9. NVIDIA Tegra – will give it a one-up when it comes to graphics performance, and gaming.