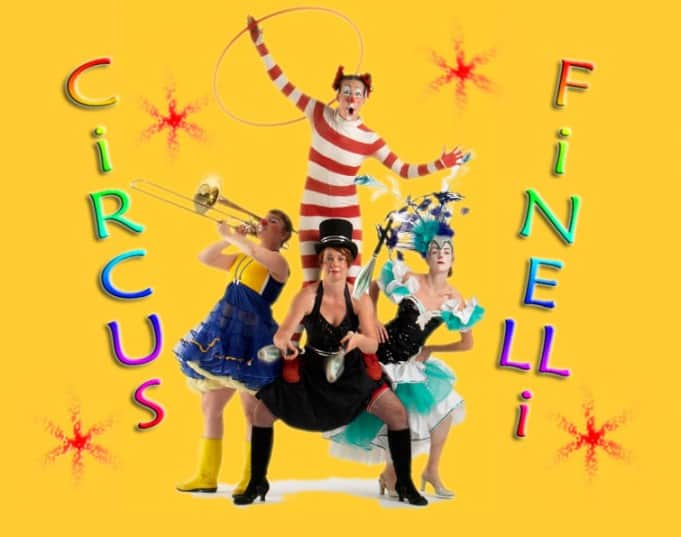 Normally I prefer to receive facial punishment at the end of the night – either that or on ice during a hockey game; you know, when I really deserve it. Saturday night in San Francisco, however, was a most unusual exception. Not only would I receive a slap to the face, but it would come from a stern circus performer named Frau Bachfeifengesight, on stage in front of a small, energetic crowd at Stage Werx Theatre. And this was no staged version. It smarted!

So on this night I would not win a free beer. But if I was somewhat groggy from the drive up 101 from San Jose, I was now wide awake, attentive.

It was proof once again that theater is creatively vibrant, innovative and often just flat out crazy good in San Francisco.

Where else can you see Academy Award winner Olympia Dukakis one night (in Vigil at ACT, recommended), followed by an all-female circus troupe performance that would be right at home in a David Lynch movie? 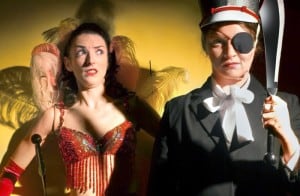 Nein! At Circus Finelli expect the bizarre, the wacky, and the occasionally inexplicable.

Over the course of 60 minutes, four performers (Luz Gaxiola, Molly Shannon, Mahsa Matin, and Verka Zaskodna) take us through a variety of circus routines, acrobatics, stunts, skits, songs, and dances. There’s even a short break for some sushi. The audience too gets many chances—for better or worse in my case—to partake.

To try to explain this show is like describing, well, Mulholland Drive, or Der Schrei der Natur. You just don’t bother, because it won’t do it justice or make sense. Instead I can only offer scattered words, feelings and thoughts. For instance: Cirque du Soleil meets Austin Powers with German sub-titles. Or Saturday Night Live, maverick Czechs edition. How about I left my verrückt heart in San Francisco?

Above all, one word comes to mind: entertaining – for the whole family no less. Note: minors are prohibited from drinking alcohol at the show, unless they are from Europe.

Nein! Like anything experimental, there is often a thin line between brilliance and inane. While most bits work in this show several fall flat, wear on too long or just simply leave you perplexed and dumbfounded. For those that appreciate pushing the envelope and physical mayhem though it’s a pleasure throughout, even when it’s not perfect. 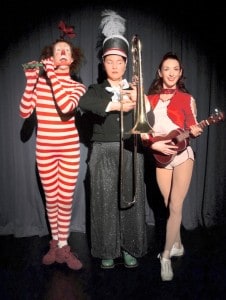 There’s even educational value here. I learned, for instance, that the world’s strongest man does not work at Cirque du Soleil, but in fact performs with Circus Finelli. Quite the coupe that.

To sell the absurd and outrageous, the performers need conviction. And all four, who graduated in 2004 from San Francisco Circus Center’s Clown Conservatory, deliver with utmost passion and determination. It’s another reason why this show works for the most part.

When you’re dancing with a cow why give anything less than 100%?

Oh, for those seeking one more link between Vigil and Circus Finelli look no further than an accordion. Please pinch me. Where else but San Francisco would I witness two melancholy-fueled, humorous accordion performances on back-to-back evenings?

For $20 ($15 for students and seniors) this is slam-dunk, quirky and neuron-stimulating family entertainment. I find it remarkable that you can walk a block from Union Square, into an inconspicuous building and down a hall only to discover—achtung!—a wild, underground circus world bathed in velvety reds and yellows.

Laugh and smile we did. I have a feeling we’ll be remembering this show for quite some time.

Too bad Loni didn’t bring a blonde wig. It would’ve been the perfect accessory for this avant-garde Club Silencio.