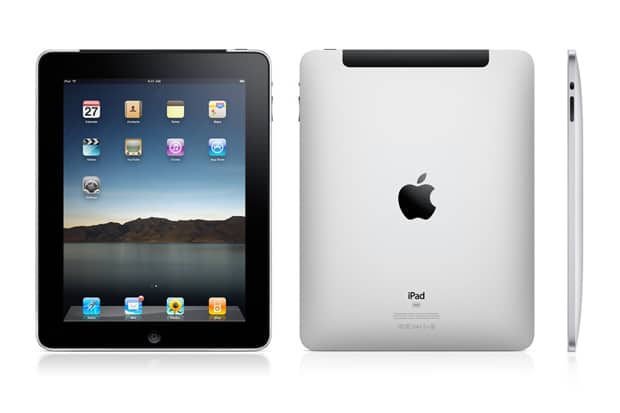 This Easter will be one to remember, thanks to a certain little 10-inch mobile computing device launched by our friends in Cupertino. If we’ve learned anything, it’s that hype begets hype begets even more hype, which in turn can lead to an avalanche of consumer expectation, and, well… hype.

And plenty of arm chair quarterbacking and prognosticating.

Can the Apple iPad replace the netbook? Will it be as big a hit as the iPod or iPhone? Can you really make salsa with it?

Being a gadget guy, it makes for a great spectator sport.

Flying up to Ottawa for Easter weekend I did expect to see some at O’Hare or in-flight. But, alas, I didn’t see any Minority Report-like swiping and gesturing anywhere. A little disappointing. Perhaps there will be some on the return flight. Either way, I think the iPad is probably the go-to travel companion. Long battery life. Gorgeous display. Multimedia heaven.

How well did Apple do with the launch of the iPad?

Tough to tell at this point. Some reports suggest 700,000 units were sold. Others say a lot less, with iPads still in stock at several locations. In fact, just this morning Apple announced sales were closer to 300,000 units.

Most accounts of the Saturday launch event indicate a calm showing; no riots, or Modern Family like incidents to speak of. Just orderly procession.

The real test though is the second and third wave buyer, after all we know Apple loyalists and early adopters will be all over it. But what about the mainstream? If they don’t buy en masse, then iPad may very well be just a niche product—a nicely made luxury item.

Almost every single review is uniformly glowing. The iPad does exactly what was promised, and in some cases, such as battery life, exceeds expectation. Plus one for Apple’s marketing team.

I’m not convinced it will replace a laptop, at least not until it has a comparable typing experience. But for consumption of content, I can’t think of anything I’d rather use.

No one does it better. Apple knows how to generate PR with the best of them. iPad found its way on to, among others, the Jimmy Fallon show (with sneaker wearing guest Joshua Topolsky, founder of Engadget, giving an enthusiastic demo), an episode of Modern Family, and, of course the Colbert Report.

Steve Jobs was spotted in the Palo Alto Apple store on Saturday. Meanwhile Steve Wozniak was seen in line at Valley Fair on Friday.

No word yet if it has made an appearance on the Home Shopping Network.

Do we really need an iPad toilet test?

Are the new Apps worth the 30-50% price premium over the iPhone equivalents?

Virtual keyboards may be decent, but they still can’t replace a physical one yet.

Multi-tasking: my bet is it’s coming next major release or product rev. I suspect Apple would not tolerate degradation of the user experience if they did include the ability to run multiple programs simultaneously. It leads to many issues: shorter batter life, slower performance, and heating. All reasons not to include it until they can figure a way to solve them.