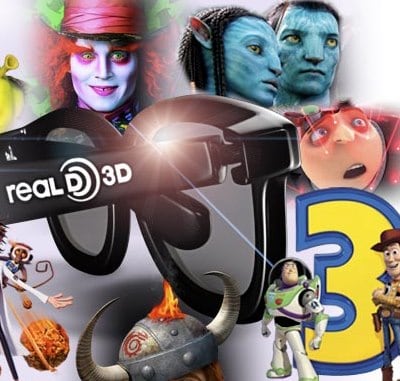 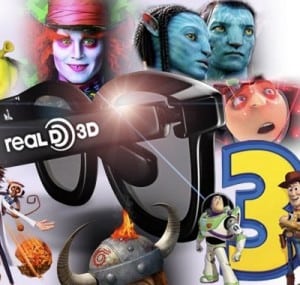 I admit I’m a little slow on this one. Despite my early adopter DNA and love for all things digital, I have not yet seen Avatar; and I’ve been upfront about my misgivings for 3D technology in general (see Avatar, you’re no Godfather: 5 reasons why I probably won’t like James Cameron’s opus). The reason is simple. A great movie starts with a great story.

Today, however, at a special 3D presentation I was simply astounded by how far 3D technology has progressed.

It was time to don some Risky Business-like 3D shades, sit back and take in an impressive demonstration. This is anything but the 1950s stuff you might remember. Today’s 3D is just simply awesome. And, again, you and the entire industry probably already know this. So please forgive my belated superlatives.

The presentation included several previews, a short called Ottie & The Baked Halibut, and the main attraction The Road Back to Woodstock.

The previews were the best part: uber-slick, booming Hollywood stuff. The very things I’ve railed against in the past. But, my jaw was on the floor. This RealD technology that drives some of this, flat out works.

Numbers, text, jump right out front. Several times I felt like reaching out in front of me to touch the action. It is that vivid. Wow.

The Toy Story 3 trailer looked sharp, and dynamic. When Buzz Lightyear jumps back to life, and speaks spanish the presentation gives the scene extra dynamic zing.

Then there was Johnny Depp and Helen Bonham Carter in Tim Burton’s zany-looking Alice in Wonderland. I’m not so sure the movie itself works, but I can attest that the 3D sure does.

Ottie & The Baked Halibut was decent. You could see the possibilities in this 3D short, which played more like a trailer for the technology then any kind of narrative or story. It did, however, manage to fully realize a stereotype in a bumbling Sushi chef in very short order. It’s a little half-baked.

Finally, the main attraction, The Road Back To Woodstock, started.

It’s an updated conversion of the 40th anniversary celebration that took place last August. I can’t say I was that thrilled at the material to begin with. Nothing wrong with Woodstock, it’s momumental and as they say “defined a generation.” But how many times do we need to revisit it? In any case, I’d hoped for booming concert footage. Instead everything looked pretty dull, especially after following the big Hollywood trailers. Camera angles were staid. Some from the stage pit out front. Others from the rear. None were inspired. A water mark in the top left marred the presentation. Also, the screen aspect ration was tiny so we weren’t as immersed as we could’ve been.

Caveat: I walked out after 10 minutes. It may have gotten better. And please don’t take this as a complete review. It’s merely my thoughts on the early part of this particular “3D experience.” But if filmmakers were putting their best foot forward, and trying to draw us in with the attention grabbing material up-front, they certainly failed on that account.

As far as story and 3D goes, I don’t see any reason why they’re mutually exclusive. After all, fine cinematography, surround sound and IMAX-like large screen presentations merely enhance the presentation. 3D should too… as long as it doesn’t come at the expense of quality stories and acting.

Between today’s screenings and the 3D forum on Saturday at Cinequest, I’m starting to see what the buzz is all about. And I’m actually starting to get excited about this stuff. The part where I probably need to upgrade our home theater projector, screen and blu-ray player: not so exciting.