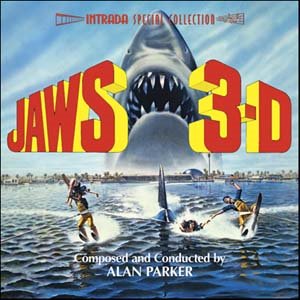 So you decide to throw a 3D Super Bowl. But what happens when 15 friends show up and you only have 14 pairs of 3D glasses (and they’re not even designer!)?

That, and sourcing equipment and skills, were just a few of the problems discussed at today’s Cinequest Maverick Artist & Innovator forum on 3D.

A panel member astutely pointed out a quick trip to Fry’s Electronics would easily avoid the aforementioned “social disaster.”

Avatar is not only the billion dollar poster child for all things 3D, it also represents a gambit of an industry looking for its next big paycheck. And it’s harder than ever with all sorts of entertainment—video games, the Internet, mobile entertainment—vying for consumer’s pocketbooks.

So it was with great interest that I attended today’s panel at the Camera 12, downtown San Jose.

“A whole bunch of 3D cameras are coming, which means a whole lot of bad 3D films.”

The theater was packed, and there were equal amounts of confusion and excitement in the air about the technology and its potential impact on the film industry; especially for the small independents who were well represented in the room.

Discussion ranged the gamut from technical challenges and new camera technology through to distribution and assessing when and where to even use 3D.

“A whole bunch of 3D cameras are coming, which means a whole lot of bad 3D films.”

One thing is definitive: 3D is a big deal. And whether consumers ultimately want it or not—and Avatar suggests that the answer is a Billion dollar yes—it’s coming, with mega-hype in tow.

According to Charlotte Huggins, the upcoming $100 million remake of Clash of the Titans is being converted into 3D. The time constraints are enormous. In this case, only 13 weeks. “Everybody on the planet is working on it,” she says. “We’re all very eager to see how this movie looks.”

Huggins also said she counted about 23 companies around the world providing 2D to 3D conversion services.

Kelly Williamson said 3D gave him the edge when it came to getting attention for his short, Ollie the Otter. Because only his film and one other employed the technology, there was a spirited competition among sales agents to buy distribution rights at a recent overseas festival.

Oh, and, yes, it was a very Hollywood panel: everyone it seemed had worked on The Hurt Locker, and was friends with James Cameron (not to mention George Lucas… or just “George”).

For me, 3D is already way over-hyped.

Don’t get me wrong, I think it has a place, and it can wow the socks off the most jaded of movie-goer. However, let’s not fall into the trap of confusing next generation technology with strong storytelling and classic filmmaking.

3D is still just a tool. Granted it could change the game and pave the way for decades of renewed studio profits, however, let’s all hope the fundamentals of making a good film remain. Ultimately that’s where our money should go.