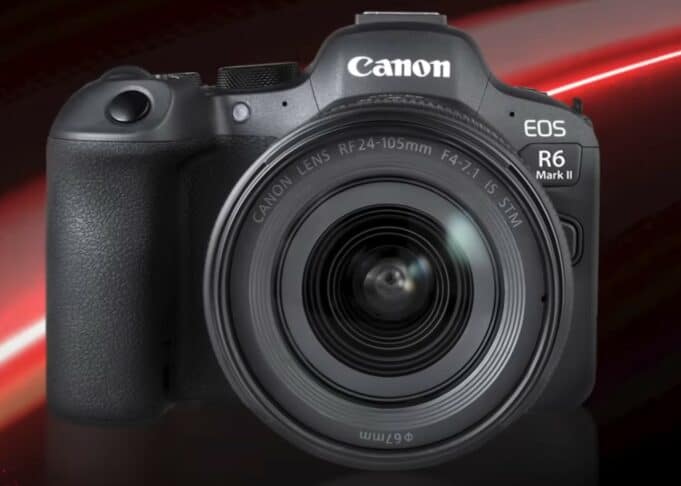 Although slow out of the gate, ceding early market share to the competition — most notably Sony — the iconic DSLR camera manufacturer is now seemingly launching new mirrorless models every other month.

From the basic full-frame entry EOS R (quite good!) to the flagship EOS R5 (quite good!) and so much choice in between there’s something for everyone. Look closely at the specs and you’ll see some are best for photography while others are geared toward the world of video. Take your pick. They’re all hybrids. Yet they all have that famed Canon build quality and performance thanks to its DSLR legacy.

In any case, the latest entry is the EOS R6 Mark II. Quick spec checklist below.

Interestingly, this release demonstrates how quickly Canon is moving these days. Given this is a “Mark II” release and an update to an existing mirrorless model, you can see that the second gen improvements are already arriving to market. Granted, per Digital Camera World who cites a Canon source, the EOS R6 II has been delayed (supply chain anyone?).

I like the looks of this model on paper.

You get a full-frame sensor which should appeal to low-light and landscape shooters. Yet, you don’t need to fork out mega-dollars for the top-tier R5 ($3,699, 45MP full-frame sensor). It could make for an excellent choice for video shooters, especially with that 6K external ProRes RAW option and the always-amazing Dual Pixel Auto-Focus (simply the best there is).

Ergonomically we’ve seen all this before. If you’ve handled any of the relatively new Canon EOS R series you’ll be right at home. In fact, blink quickly and you could mistake this for an R5 or an R or a … just about anything Canon has released these days. And that’s not a bad thing in my books. Controls, dials and buttons all fall to hand naturally. In lieu of a top-plate LCD as found on the R5, Canon instead provides a standard mode dial for the R6 II. A dedicated stills/video switch sits on the left side and is much appreciated. Ports are well positioned and sealed as needed. Basically, Canon is really good at this kind of thing.

In its initial review which is mostly favorable, dpreview says the EOS R6 II “ticks a lot of boxes.” In addition, they note that the Canon has appealed to videographers by providing a video-centric Q menu, false color display and video pre-buffering (up to 5 seconds). Again, you get a sense these days that YouTube content creators and influencers are really driving demand for these types of tools.

A niche feature on the R5 II worth mentioning is the “Stop Motion Animation Firmware” option. I don’t know anything about it yet — other than it doesn’t cost extra, and is designed to work with Dragonframe — but for those who work in the field that it might be worth investigating.

In terms of competition, there is quite a bit in this category.

For video shooters I’d short-list the R6 II alongside a crop of newbies that are all up to the task, each with its own strengths:

All good choices. As a former GH5 shooter, I opted for the GH6 as its quite familiar to me and I like the MFT mount in terms of lens options. Plus, the Panasonic IBIS is crazy good, meaning I can even handhold cinema primes and get impressive results. If I needed stills capability I’d likely give the nod to the X-H2S (or even the X-T5, a killer bargain!). And if I was invested in Sony and the e-mount, well, the FX30 would be the clear winner. It all depends on your situation.

I like that Canon is fully committed to mirrorless and its (relatively) new RF lens mount. Interesting to see the likes of RED Digital Cinema opt to use the RF mount for its new models including the 6K Komodo.

All that remains to be seen now is how much further the smartphone market will continue to erode dedicated cameras from Canon, Sony, Fuji, Nikon and others. Or, perhaps by moving up-market the mirrorless market has separated itself enough from the smartphone, and provided enough differentiation to exist (codecs, interchangeable lenses, high frame rates, etc.) … at least for now.

The Canon EOS R6 II (quite good!) is available for pre-order now ($2,499). Shipping should be soon, but heads up for the aforementioned potential delays.