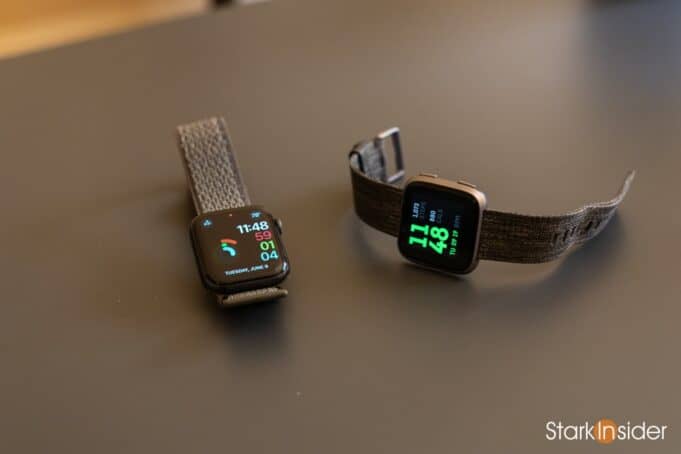 Apple already has the infrastructure and ecosystem in place. The manufacturing. The marketing. The software. The apps.

So why not tap into all that and seek extra profit margin?

If Bloomberg is right (again), then an Apple Watch Pro could be just the ticket.

Apparently a so-called “Pro” version will feature the first all-new design in four years. Expect a larger screen, but still rectangular. Also the casing could be more robust making it more suitable for outdoor activities. Plus extended multi-day battery life. Other than that — and possibly a body temperature sensor — we don’t know much more. Although Mark Gurman notes that we can expect this new Watch this Fall.

Given that Apple has been selling a Watch variant since 2015 it’s pretty much saturated the existing market for those wanting a smartwatch — at least one that works with the iPhone. So a relatively easy way to bootstrap a business segment is to introduce a premium-priced product. The strategy in this case is likely not necessarily about growth since the buyers have mostly already bought. Rather, here it’s about margin.

There’s first movers out there who like the latest and greatest. They’re willing to pay more to be first. In this case they’d pay more to own an Apple Watch with a bigger screen and more advanced features. My suspicion is that these existing Watch owners would upgrade in a heartbeat to a new, up-market model.

And since Apple already has the infrastructure in place to design and manufacturer smartwatches it means making something like a “Pro” model gives the company a device to skim the cream, and enhance profit margins. We’ve seen Apple do this with its laptops and phones. Follow the logic and the past and bifurcating the Apple Watch product line is not surprising.

As for the name I doubt the new model will have that “Pro” suffix. That moniker makes sense with respect to something like a MacBook; sure, Apple is targeting professionals for instance and hence the MacBook Pro makes sense.

Regardless of what it’s called the move makes a lot of sense. Apparently we can expect Apple to release a lot of new products this Fall. Or, at least a lot of variations of existing products.