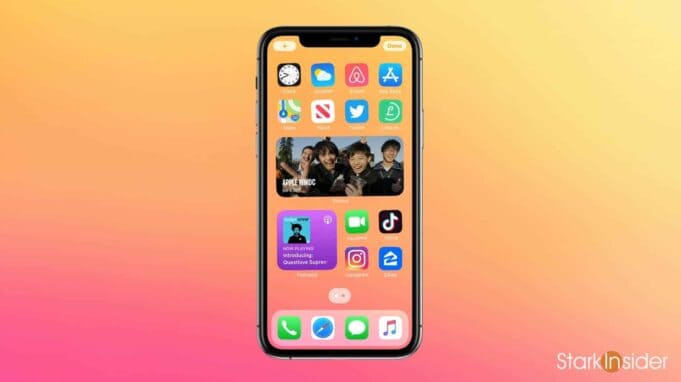 An always-on screen was recently added to new Apple Watch models. And the same could be true for the next major release of iOS and this year’s upcoming iPhone 14 — well, at least for the lock screen that is.

The idea is that you’ll be able to glance at your phone and see key information without having to wake or tap the device. Kind of convenient. Android phones — most notably Samsung — have featured always-on options so the feature is not entirely groundbreaking to be sure. But its addition, if true, will certainly be appealing to many iPhone users.

It’s not clear yet what information might be made available in this new always-on mode. We can expect the time, date and weather to probably be omnipresent. As for notifications? I’m not sure, though the iPhone screen may just light up for notifications exactly as it does now.

Mark Gurman of Bloomberg says that the always-on lock screen can use a lower frame rate — similar to the Apple Watch. (I can’t link to the original article as it’s behind a newsletter paywall). This would, at least in theory, conserve energy and allow the battery to last longer while still presenting key information as needed.

If you’re like me and pop your iPhone up on a charging stand while working at a desk this will be a really welcome feature. Presumably you’ll be able to use your iPhone as a clock stand and weather/notification station combo. Kind of neat. Not essential, but neat all the same.

Along with a USB-C charging port (please!) the new always-on lock screen on iPhone 14 may just push me to an upgrade cycle from an iPhone XR (still running great though!).