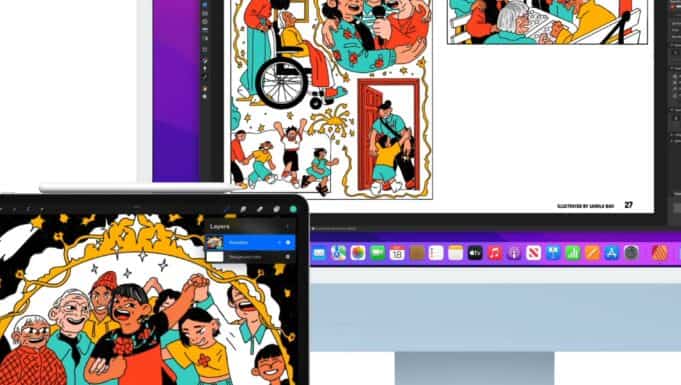 With macOS 12.3 and iPadOS 15.4 Apple has fully unleashed Universal Control.

The new features basically allows you to work across multiple Apple devices. Up to three in total. You could, for instance, have an iPad next to your MacBook, and using your trackpad move your pointer from the Mac display to the iPad to drag and drop an image.

I found the setup pretty easy, just requiring a few steps on both my MacBook and iPad.

Under “Display” in Preferences on your MacBook you’ll find a new “Universal Control…” button. Click it and you’ll find three options that can be toggled on. Note that these are all tagged in beta, so keep that in mind when enabling them. 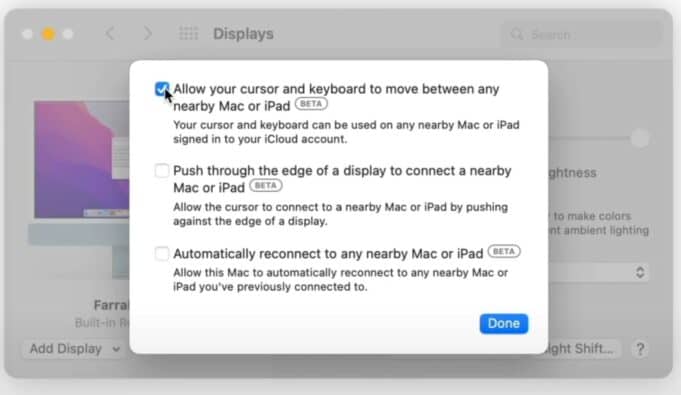 The three Universal Control options include:

Then, on your iPad go to Settings -> General and then tap “Airplay & Handoff”. There you can turn on “Handoff” and “Cursor and Keyboard (Beta)”.

Note that your devices need to be signed into the same Apple iCloud account. So if you have some issues getting it to work check your account to be sure.

Again, this works for up to three devices.

Here’s the video Apple released this week that explains simply how to enable Universal Control in about a minute:

How to use Universal Control on Mac and iPad

All told this is a pretty nifty thing. Given we are all surrounded by more screens and devices in our lives why not put them to work (and play!) as much as possible.

That old iPad can now be used as a secondary display (so long as it can run macOS 15.4). Pretty hand if you need some extra real estate when working on that next research project or school report.

At the macro level we can see how the Mac and iPad’s worlds are evolving. Apple’s move to its own in-house silicon is making the two previously different platforms blend together even further. That’s an advanced way of saying something related to convergence. Or as the Spice Girls put it, “2 Become 1.”