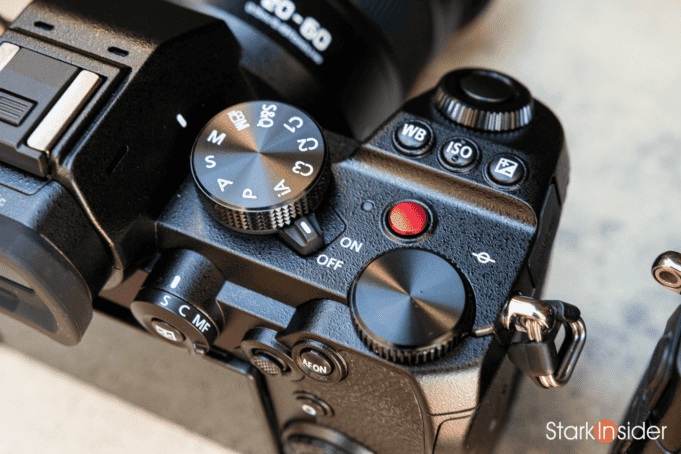 One of the best mirrorless cameras just got better.

The Panasonic Lumix S5 is now 15% off. At only $1,698 USD the S5 is a killer deal. If you’re in the market for a hybrid full frame mirrorless camera the S5 should warrant consideration. Especially for video-only shooters. More on that in a moment.

Released at the end of 2020 — in the throws of the second wave of Covid no less — the S5 is Panasonic’s answer for those seeking a high performance L-mount camera without the high price found in its upper range models such as the S1 and S1H.

If you’re into camera gear and have followed the market over the past few years you might even consider the S5 essentially a full-frame version of the GH5 (itself a beast of a camera for the price).

There’s the Blackmagic Pocket Cinema Camera 6K. An obvious competitor in this segment. For under $2K you get a full loaded mini cinema camera that plays well with DaVinci Resolve and produces a beautiful image. An added bonus: the ubiquitous Canon EF mount. Chances are most if not all your existing glass will work, at least if you’re a Canon shooter. The S5 on the other hand will require an adapter. Something to keep in mind.

On the Sony side the A7 III is a standout and worthy alternative. I’ve been following the camera market on Stark Insider for a while and perhaps the A7 III is the most highly regarded and well reviewed mirrorless camera (for video) that I’ve ever seen. People love this thing. No doubt a great option.

Still, as well as the Blackmagic and Sony perform, it’s hard to deny the value of the S5. With the current sale it undercuts both models and can be had for $300 less. Those savings can go towards lighting, gimbals, memory cards, lenses, etc.

I should also mention the GH5. Shoppers looking for a high performance mirrorless camera in the, say, $1,000-2,000 segment should not write this mirrorless monster off. After all these years the GH5 is still an incredible video making machine. Don’t let the Micro Four Thirds lens mount dissuade you. Ignore the FUD. For video it’s absolutely peachy. In fact, focusing is generally easier and more precise with these sorts of Super 35-ish, non full-frame cameras.

As much as I think the Blackmagic Pocket 6K, Sony A7 III and even GH5 to be worthy players I’d still put my money on the S5 for video. Wedding shoots. Music videos. Fashion films. Travel videos. Indie films. This thing can do it all, without breaking the bank.

There is one worth mentioning.

Not good. In fact, pretty bad. In my tests the S5 routinely struggled with focus while others locked on just fine.

Please don’t come looking to the S5 for fast and accurate auto-focus. You’ll likely be frustrated. But for most serious video shooters that’s not an issue — at all. You’ll want to be in manual focus mode anyways. This won’t work for Vloggers of course. But for film productions this is par for the course. Manual all the way. Further, because of the relatively poor contrast-based focus system found on the S5 (as opposed to the better performing phase-detection systems found on Canon and Sony), using the Panasonic as a true hybrid — for videos and stills — is not ideal. Instead I’d recommend something like the Canon EOS R or RP or the aforementioned Sony A7 III.

AF aside, perhaps my favorite feature of the S5, or I should say, result is the image. Organic. Textured. And most definitely non-digital. Tweak that V-Log a bit in post and you can get some outstanding, cinematic footage that will bely the camera’s price.

My guess is Panasonic needs to compete significantly on price as it doesn’t quite carry the brand name recognition and cache found with Canon and Sony. That’s a win for consumers, though. Don’t let the lower prices fool you — this is a phenomenally well built and thought out camera. Thankfully Panasonic continues to serve these niche video-centric markets.

At only $1,698 the Lumix S5 represents incredible value for video shooters of all types (save for those that need reliable AF!). My recommendation would be to steer away from the more expensive full-frame models and seek value that will get the job done for less money. The S5 is the perfect example.