Well here’s a bit of interesting news for Peloton owners.

Reportedly the company is developing a new video game-like beta feature it plans to roll out to members later this year. Per The Verge, who is declaring the move as “entering the video game business” (not so sure about that!), the in-app video game will be called Lanebreak and will replace instructors with a rolling wheel which you move down a futuristic, Tron-like road based on on traditional cadence and resistance metrics (see screenshot above):

“Players can choose a difficulty level, the type of music they want to hear, and the duration of the track before starting. The game isn’t available yet, but a members-only beta will open later this year. Peloton hasn’t share details around how people will be able to sign up.”

Per the writer who was able to get an early preview of Lanebreak on a Peloton Bike, there will be three types of challenge available:

After trying it once, the author called it “boring and confusing,” but admitted she’s not into gaming. 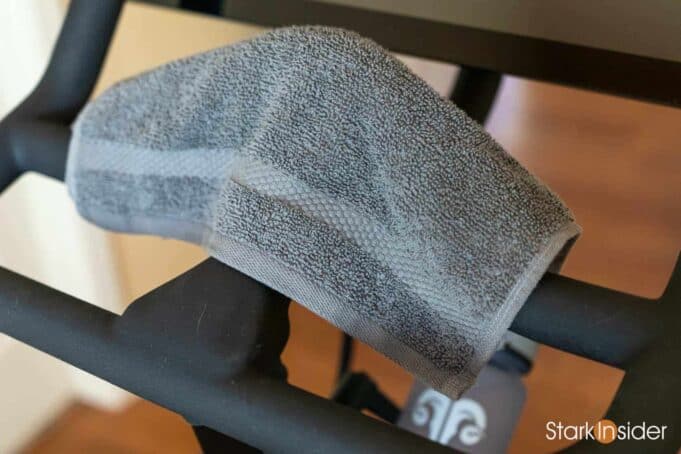 I wouldn’t trade my regular Peloton rides in for these video game-centric ones. Not at all. The instructor-led classes are magic. Engaging. Interesting. And most of all: heart pumping. The Peloton team can really get you going on that spin bike and keep you coming back for more (critical for staying in shape).

However, variety is always welcome.

That’s why I like mixing in different class types every now and then to keep things interesting. Powerzone rides are a good example. They do away with cadence/resistance completely and base efforts purely on your own output levels (Zones 1 through 7).

Adding something like Lanebreak, while possibly a novelty, is a fun way to spice up the Peloton experience. Why not? The regular classes will still be there, and this video game gives us a different interface and way to engage with our bikes.

“Peloton created Lanebreak to complement instructor led classes with a fresh new experience for members, giving them more ways to stay engaged and motivated with their workouts.”

I remember when I was a member at Club One here in Silicon Valley, long before the pandemic and the ensuing work-from-home and workout-from-home phenomena, where I used to ride a bike and… slay dragons. I hardly recall it, but it was some sort of game where you had to ride a bike and pedal to capture them and earn points. Every time I rode that bike I sweated like nobody’s business. I lost track of time and I forgot that I was actually working out. It was more fun than working out should be. Because it made something potentially mundane competitive and exciting — I always needed to beat my high score!

In any case, personal stories aside, it remains to be seen if these sorts of Peloton features will have the same effect in terms of member engagement. Hopefully we will find out soon enough. Others though have had success turning to gamification to keep people motivated and entertained at the same time.

Meantime, I appreciate that CEO John Foley and the Peloton team keep trying out news things (then again, they have to given the competition and the return of the in-person gym). As a member it makes me feel as though there’s value being added to a product I’ve already purchased; sort of like how Tesla periodically sends OTA software updates to owners with new features.

Lanebreak is scheduled for a beta release later this year and rollout in 2022.