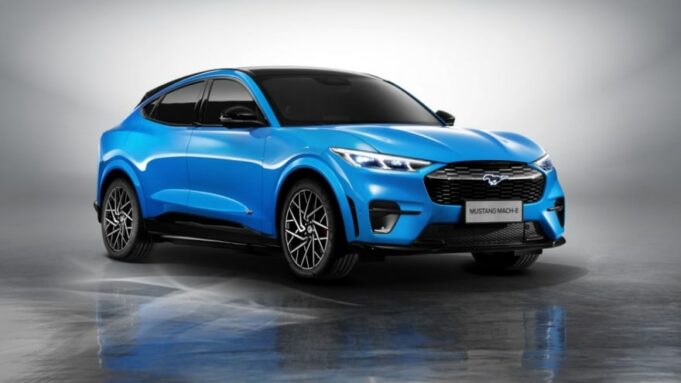 Just a day after we learned that the IIHS (Insurance Institute for Highway Safety) has downgraded its safety rating for the Tesla Model 3 due to the removal of radar, I get this email from Ford: 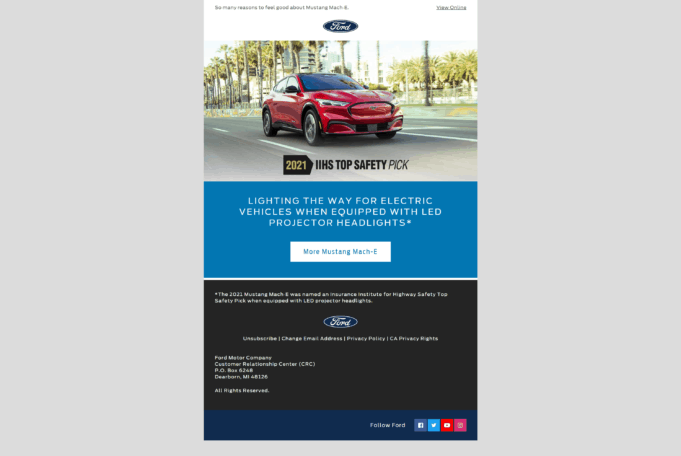 Turns out trolling is not an exclusive Super Power to one Elon Musk.

Obviously the point Ford is trying to make here is clear. The Ford Mustang Mach-E is officially rated a safer vehicle by an independent agency than the Tesla Model 3 (and Model Y). If you care about safety keep that in mind!

Note too the cheeky “.” period at the end of the subject line. As in… end of story. Period. You remove radar, you pay the price. Period. Thanks for playing. Period.

And it’s true, here’s the link to the IIHS web site with safety ratings for the 2021 Ford Mustang Mach-E.

Meanwhile according to reports the IIHS stripped the Model 3 of its “Plus” designation as a top safety pick.

Perhaps an even bigger headline and ding, the NHTSA also pulled some feature designations as a result of the radar removal and Autosteer 75mph speed limit (of course there’s no reason why they can’t be quickly added back on once the new Tesla Vision is tested with the re-enabled features).

In any case I’m sticking with my Model Y order. It’s crazy times in Tesla land.

First Tesla removed radar from the Model 3 and Y, and now the order system is going haywire. The Tesla account page is constantly crashing or possibly showing that I actually ordered a blue Model 3, all the while delivery times are bouncing around seemingly at random. That’s likely to do with changing up the components mid-quarter — or at least removing some, as in the radar sensors — while also re-writing and rolling out an updated version of Tesla Vision that relies solely on cameras.

Then they get hit with a IIHS downgrade — along with the associated negative headlines and stories.

I ordered a MY mid-April. About 6 weeks later and my Tesla account is showing an estimated delivery window of “3-13 weeks”. I’m old enough to know that these delivery windows change on a near daily basis and not to be too concerned. In any case, when it delivers, it delivers. No rush. I’m just happy to see all of us get a handle on COVID-19 and things slowly return to (almost) normal.