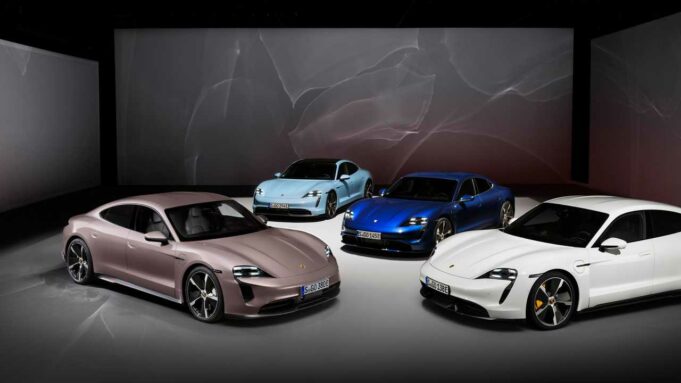 In the last decade it became a company known predominantly for its SUVs (Macan, Cayenne).

Now could it become an EV company (Taycan)?

All signs point to yes. The latest reports out of Stuttgart suggest the new Porsche Taycan — an EV sports sedan competitor to the Tesla Model S — is selling briskly.

To put that in perspective, that’s almost the exact number of 911s the company sold during the same period. Meaning it took Porsche only a year for its first EV to match the sales of an iconic sports car its been selling since the Beatles’ “I Want to Hold Your Hand” was topping the charts in 1964. I’d say this is a pretty solid proof point that the EV may indeed be the future.

Keep in mind these early figures represent success with the initial launch comprising of the high end Taycan models, namely the Turbo (from $151,000 USD) and Turbo S ($185,000). Only recently did Porsche make available the mid-tier 4S model ($104,000).

And soon you can opt for an “entry level” Taycan which does away with the dual AWD motors and instead offers a single RWD configuration and perhaps more palatable starting price of $79,900. Be careful though. Add an option here or there — Club Leather interior, adaptive sports seats, panoramic roof — and the Porsche Configurator will soon have your head, and bank account, headed to shock therapy. Here, the Tesla makes a strong case with the Model 3 Performance starting price of $56,990 — and longer range to boot.

Meantime, the Macan remains Porsche’s best selling model. It will be interesting to see when we see an EV version of that class-leading SUV. Given the rising demand out of especially China for EVs and early success of the Taycan I’d expect we will see one sooner than later.