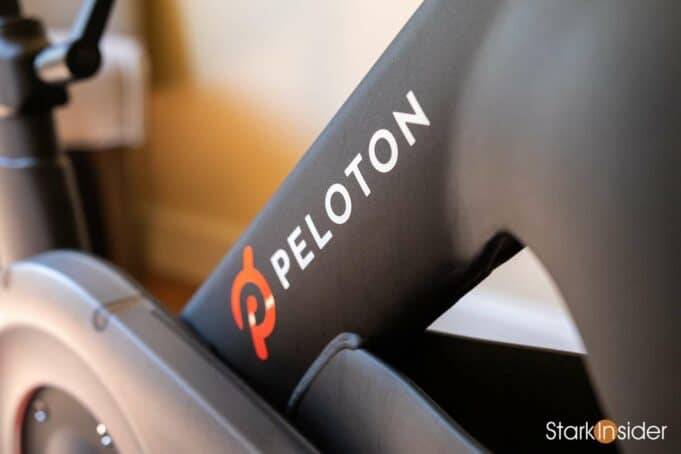 I think everyone would agree that when you look at a stationary Peloton bike what you’re seeing is a traditional “spin bike” or a “spinning bike.”

However, the term “spinning” is trademarked. As Bloomberg reports Peloton Interactive, Inc. (NASDAQ: PTON) has not been able to use it when marketing its products.

Per the Bloomberg article:

Peloton filed petitions this week seeking to cancel a rival’s 20-year-old U.S. trademarks for the terms “spin” and “spinning,” arguing they have become generic terms that are used to abuse in the exercise industry.

The trademark owner, Mad Dogg Athletics Inc., has routinely defended its trademark with the PTO (Patent and Trademark Office) against many in the industry. The Venice, California company states that only authorized dealers can use the terms and that they must follow strict guidelines.

“Spin class and spin bike are part of the fitness lexicon. Even five minutes of simple Google searching reveal that everyone in the world — other than Mad Dogg — understands that ‘spin’ and ‘spinning’ are generic terms to describe a type of exercise bike and associated in-studio class.”

There’s more to the situation too. Per Bloomberg Mad Dogg has filed patent infringements against Peloton — so this faceoff involves more than a trademark dispute.

Interestingly, as it turns out there is some precedent here:

Words like “escalator” and “murphy beds” started out as trademarks but lost their protection from overuse, known as “genericide.”

Trademark battles are tricky things. You can see an argument for both sides here.

On the one hand you have a company who was savvy enough to trademark terms in the late 1990s to protect its use and differentiate its business and products from the competition.

But… two decades or so later and the words “spin” and “spinning” certainly feel like they’ve become generic words; those freely associated with a stationary spin bike of any sort.

At my local gym the classes offered on stationary bikes are called spin classes — though I’m not even sure they’re associated with Mad Dogg or its associated companies and partners. When you book a hotel you might inquire in advance if they have spin bikes available in the gym.

In a sense I’m reminded of other words that were/are brands that also became synonymous with a general product: Kleenex and windsurfer are a couple that spring to mind.

I have no idea who is right here (and I’m certainly not a lawyer) though these things do eventually require a judgment call (by PTO). And I’m guessing that decision is typically one based on use and precedent — and, of course, the strength of the cases and arguments.

Needless to say, given Peloton’s meteoric rise over the past year and its related exploding market capitalization, Mad Dogg is likely facing its most well heeled opponent yet.

In any case this will be interesting to follow.