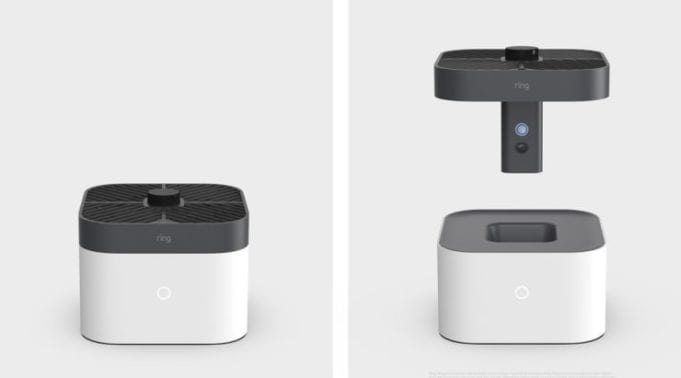 Amazon this week released a bunch of tech products, including, as we see each year, updated editions of its Echo speakers.

But the headline that is grabbing the most attention about the launch is the Ring Always Home Cam (see requisite cheesy video ad below). It’s essentially an indoor drone. The idea is that when you’re gone Ring has your back, and will fly routes inside the home, capturing footage that is uploaded to the cloud. Like robot vacuums the drone knows when its battery is running low and will return to a base station for a re-charge. And then repeat the cycle when the battery is full. Meantime you can monitor everything remotely via the Amazon Ring app.

Though the Always Home Cam isn’t launching until 2021, the device did tickle the ire of privacy critics. I’m not necessarily sure why though (and would argue the prospect of Amazon Everywhere is more unsettling). Many households in the U.S. already have Amazon and Google smart displays. Most of those have built-in cameras. Further, many buy multiple displays and have them located throughout the home. So, cameras are already a part of our lives. Recently tech companies have added physical camera covers so you can absolutely know nothing will be recorded if you don’t want it to by blocking the camera itself. I guess the only difference here is that the drone camera is not in a fixed position and can — depending on how you configure the routes — fly throughout the entire household.

But I think what’s next could be even more bizarre.

What about a Ring Always Home Cam for the outdoors?

I don’t see any reason why the same technology — an automated drone with charging base station — could not only be used outside the home.

Amazon already sells Ring security camera for both indoors and outdoors (I own a solar powered one and it’s leagues better than those old school DVR camera systems that people are now ripping out). And those too are in fixed positions sort of like smart displays and uploading video to the cloud as needed. Augmenting such a security system with a drone whizzing around the exterior of a home (or business or apartment complex) doesn’t really seem that far-fetched.

Could you imagine, though, what neighborhoods of the future might look like if we had automated outdoor drones?

First the noise would be nauseating and highly distracting. Many HOAs and cities would likely ban them.

But let’s say some sort of technology makes drones near silent. Some how, some way. We don’t even know yet. Still it happens. Then you’d have the visuals. Hundreds, if not thousands, of drones flying around our homes and neighborhoods like stilted birds from a David Lynch film (Blue Velvet).

If you thought flying indoor security drones were creepy just give that idea a thought.