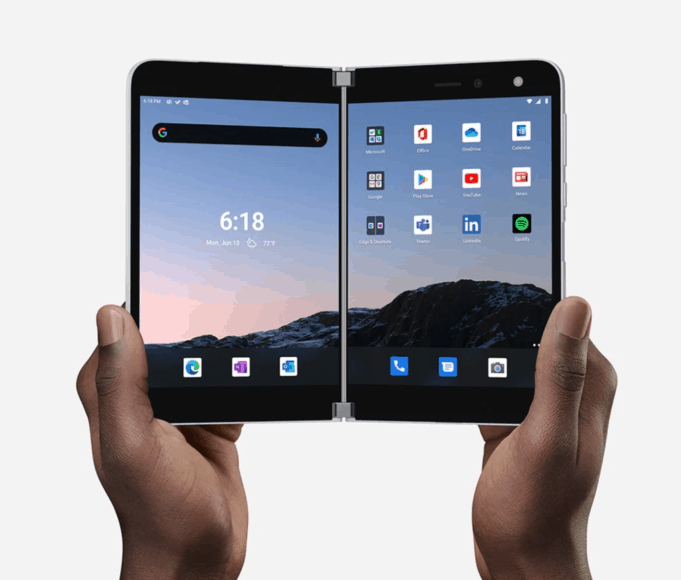 I have to say this one looks pretty good. Microsoft is the latest to be on deck ready to take a swing at the foldable phone. The Android-based Surface Duo is now available for pre-order, and as we’ve seen in similar designs from the competition, features a hinge and two high-resolution touchscreens that can neatly fold away when not in use. But the big question is will it sell?

One big hurdle will be that price. At $1,399 USD this is not exactly a budget device. Early adopters will need to cough up for bragging rights. Given COVID-19 and shelter-in-place it’s hard to imagine many in the market for a new phone springing for something that costs about 40% more than an entry level MacBook.

And there’s plenty of decent — even good to excellent — Android phones in the $200-$300 range. In theory you could buy about four of those for the price of a single Surface Duo. No one, of course, would do that, but it illustrates the humongous margin Microsoft is commanding for a design that is not exactly the most groundbreaking thing we’ve ever seen — a hinge.

I have my doubts.

Likely the Surface Duo is akin to a concept car. It’s a halo meant to give the brand innovative cache. Microsoft will learn from this project and eventually the ideas and designs will trickle down market before eventually resulting in a legitimate mass market product, with price to match.

My guess is those that need the productivity promises of a dual screen phone — having two apps open side-by-side — would be better suited to carry a Chromebook. Those lightweight devices are way less expensive, have keyboards and processors meant for serious productivity, and also run Android apps. Sure you can’t fold a Chromebook and tuck it into a pocket or Rebecca Minkoff clutch, but many of us don’t mind a lightweight sling around our shoulders when on-the-go (and who is on-the-go these days?).

Ultimately Surface Duo represents another interesting tech experiment. But at the end of the day it’s still just an experiment. Some day such a dual screen phone will be common place, another option for buyers in a long list of models and options. For now that day is not quite here.