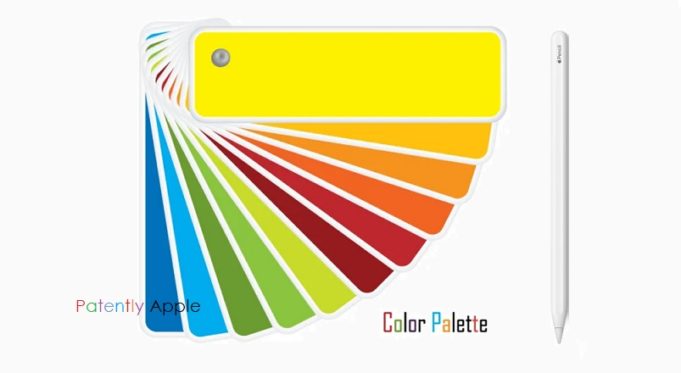 Here’s something that caught my eye earlier this week in the world of tech design:

Apple has reportedly filed a patent for a futuristic Apple Pencil design that features color-sensing technology.

Forbes who published an article about the concept — via Patently Apple — says, that it “would enable the user to copy a color from a real-world object and then immediately start drawing with that exact color on the iPad or iPhone.”

“The color sensor may also have one or more light-emitting devices. Control circuitry may use the light-emitting devices to illuminate an external object while using the photodetectors to measure light that is reflected back from the illuminated object to determine the color of the external object. The color may be used to control the color of objects being drawn with a drawing program on a second electronic device such as an iPad or iPhone.” 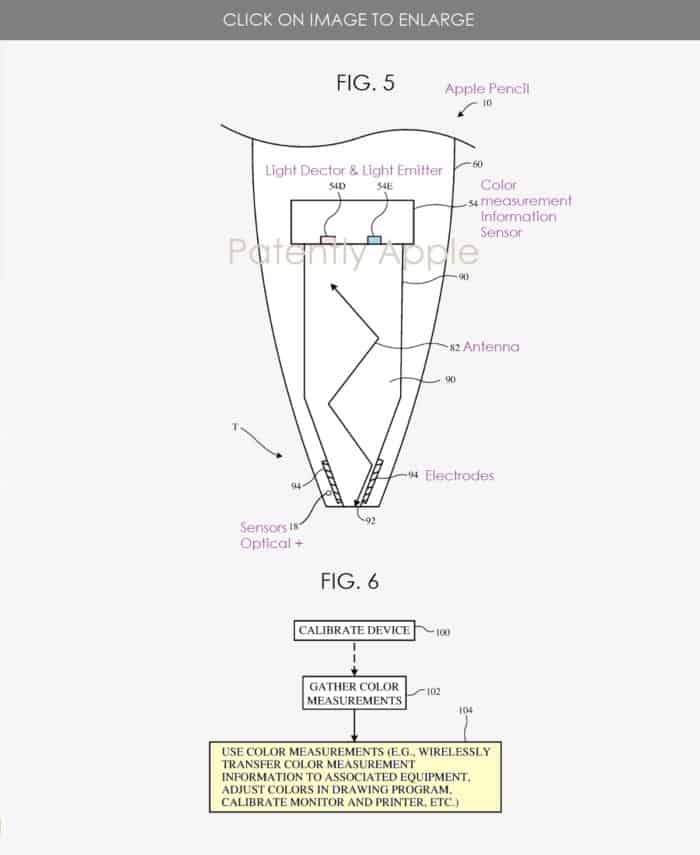 Loni Stark, who regularly paints with oils and acrylics, uses an iPad to digitally experiment with compositions, colors and lighting before committing to a change on the actual real-life canvas. Matching colors from the canvas or paint palette to the iPad can be tricky. But with an Apple Pencil and a color sensing system that could physically lift a real life color off a canvas and transpose it into a digital equivalent would be quite the feat — and a useful one at that.

I’m sure there’s many other use cases for artists and designers.

Also, Paul Monckton of Forbes points out the patent could be used for healthcare too. For instance, such a device could take measurements from colored medical test strips to test for things like glucose, protein and pH levels.

Of course this is just a patent, an idea that may never reach the market in any kind of real world product. Still, the ideas are thought-provoking and perhaps indicative of the human-machine interaction that we’re likely to see in the not too distant future.