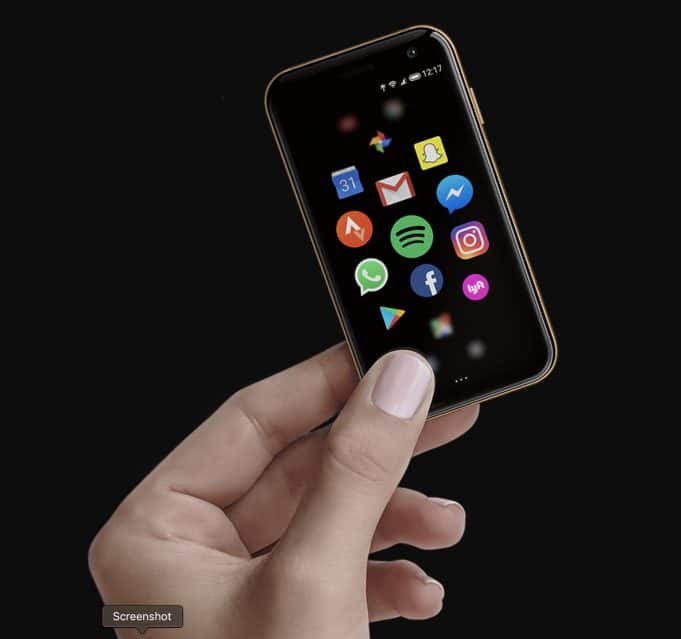 “Your Palm, Your Way”

In the world of ever increasing screen sizes, Palm is taking the opposite tack and going small. You may remember Palm for their popular PDA (personal digital assistant) models popular in the 1990s that featured that futuristic Graffitti-based stylus input system. While we may not get Graffiti, (though there are nifty gesture shortcuts) Palm itself is still a viable company and today released a tiny phone.

Called simply the Palm phone and featuring a decidedly non-Candy-Crush-friendly, you can now pre-order it unlocked for $350.

Not a bad deal given that flagships from the likes of Google and Apple run upwards of $1,000 USD.

However, you obviously will be trading off screen real estate in exchange for that low price. And given that the new trend is for “lite flagship” smartphones it may be a tough sell for Palm to get its foot back into the market.

If you need something tiny that can easily slip in a pocket or compact purse or hang off something — around your neck for instance using the included lanyard case — then their could be some appeal with what Palm is offering.

Palm Phone: What the tech press are saying

Palm has two cameras and, sorry to say for hardened PalmOS enthusiasts of yesteryear, runs Android — so the full gamut of Play Store apps are available which will be of considerable appeal. To some this could be an ideal second phone for the gym, or travel, or times when the environment is a little to rough to risk using a premium smartphone.

To activate Palm simply pop in an existing unlocked SIM from AT&T or T-Mobile and you’ll be good to go. Note that Sprint is not supported at this time.