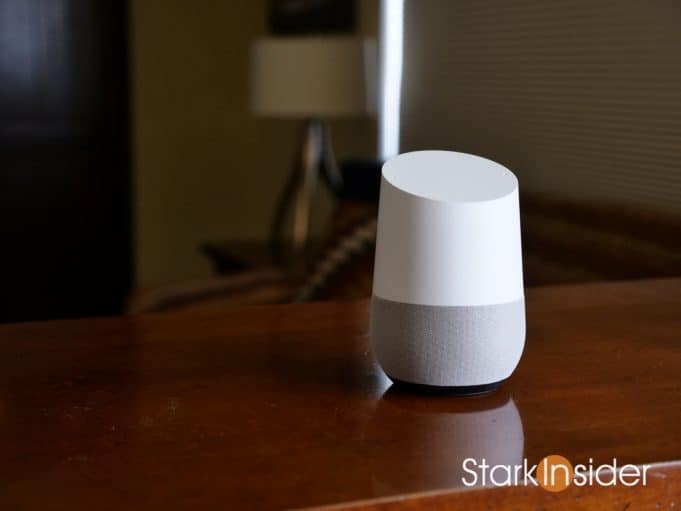 Okay Google, wake me up in 30 minutes to some funky jazz.

And there you go. You can now use ask Google Home to wake you to music. The long awaited feature is now here, confirmed by an email from Google with examples on how to add a little excitement to the end of a nap or long night’s rest:

The official name is “media alarm” and according to Google you can start your day with a favorite, song, artist or playlist. 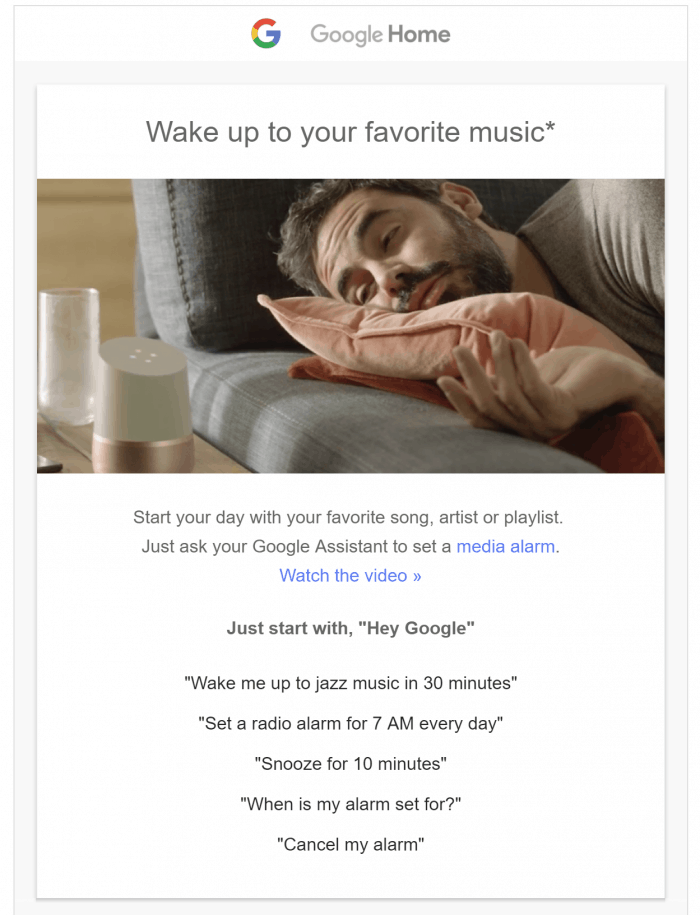 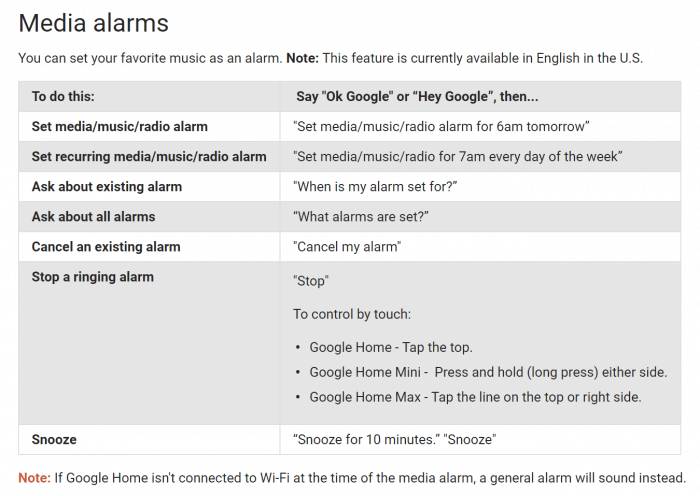 I gave media alarm a quick test on a standard (OG) Google Home speaker, asking to wake me in 5 minutes to some jazz music. Sure enough, the speaker began playing some sort of obscure funky jazz music playlist that was actually pretty good.

One thing I found odd: the music comes on at full volume.

If you last had your Google Home speaker at, say, volume level 5, that’s the setting the alarm will also use. It would be nice if there was an option to have the volume come on gradually. No one really wants to be jolted out of bed by Aretha Franklin at fever pitch — unless, of course, you must absolutely get up at that exact moment. Hopefully the Google team implements an option for that; in my mind it’s similar to waking to a Hue bulb (or two) that gradually rises in brightness over a predefined period.

Note: I did find out there is a specific setting in the Google Home app (iOS, Android) that enables you to set a general alarm volume.

Note 2: It seems that the media alarm feature only works if your language is set to English (US).

So not the most riveting tech news in the world, but a pretty hand feature nonetheless. Alexa and Google Home just keep getting smarter and handier. And this is just the beginning of AI in the home (and our cars!)…