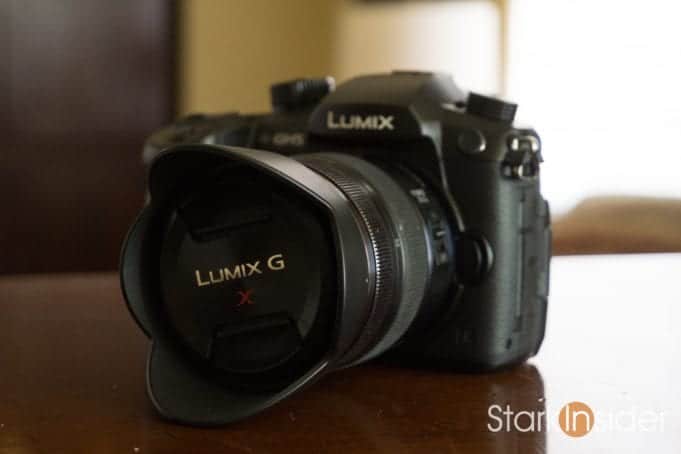 For all the features the GH5 brings to the table, I’m starting to believe that its dual IBIS stabilization may be my favorite, not to mention the most useful for everyday video shooting. In a word it’s exceptional.

Another sweet GH5 feature worth pointing out is the ability to record 4K/60fps with 10-bit 4:2:2 color using an external monitor such as the (wonderful) Atomos Ninja Inferno monitor/recorder. Pretty impressive stuff considering the GH5’s relatively reasonable price point (to get similar specs you’d need to step up to a cinema camera from Sony, or Blackmagic, or RED).

Dual IBIS (in-body image stabilization) means the GH5 body and lens are both working together (hence, “dual”) to stabilize shots. Paired with a compatible lens, I’ve found the results to be very steady, even at long focal ranges.

The benefit for video shooters is immediately apparent. In many situations you may not need to lug around a tripod or gimbal or any other sort of stabilizer.

I’ve been shooting videos for Stark Insider with the GH5 since its release earlier this year. Though we do use a Canon C100 for interviews and events, the Panasonic is quickly becoming a favorite. I especially like that it looks like any other camera out there. You can play tourist, blend in, and get the shot without attracting unwanted attention… or, worse, security detail.

Recently I took the GH5 to the San Francisco Museum of Modern Art (SFMOMA). I left my backpack and my normal gear at home. This was just me, a camera strap, and the GH5. Well, also, there was a Loni Stark, who agreed to let me shoot her while attending an exhibition for Norwegian master artist Edvard Munch.

My rules were simple:

You can see the video below.

Shots that really stood out to me in terms of showcasing the performance of the GH5’s dual IBIS are at the following points of time:

To be clear, I’m not suggesting you ditch your tripods and gimbals anytime soon. They will still produce the best result in most situations. But for those times when you want to travel light, or don’t have the luxury of rigging up it’s nice to know you can get reasonably steady shots just shooting handheld with a GH5, a compatible lens (for Dual IBIS) and nothing else. I think wedding videographers will (or are going) gang-busters over the GH5.

Overall, I’m thoroughly impressed. As a long-time Canon DSLR shooter I know that I could get decent results with Canon glass with OIS. Never really had any complaints. But, wow, the GH5 really does take the game to the next level.

Dual IBIS along with all its other features — dual SD card slots, 4K/60, 10-bit 4:2:2 color, extended tele for punch-in without resolution loss — have me very convinced.

Yes, I’m a believer. The GH5 is a keeper. Hurts me to say this: my 80D may be finding itself often sitting pretty on a shelf.

Note: Panasonic released a Mark II version of the 12-35mm lens I used to shoot this video, and it’s supposed to be even better at stabilization when combined with the GH5. Not cheap. But, man oh man, what a combo.