Though Ridley Scott executive produces, the Blade Runner sequel — Blade Runner 2049 — borrows many design and sound queues from the original, but crafts its own visual identity. A tricky balance to be sure.

Fortunately, the early footage looks to be achieving a nice balance of tone and style, without necessarily repeating history. Along with the official Blade Runner 2049 trailer (that Atari logo!) released earlier this year, cinematographer Roger Deakins appears to have nailed the visual aesthetics. Just gorgeous. How the story itself holds together will be the biggest question of all. 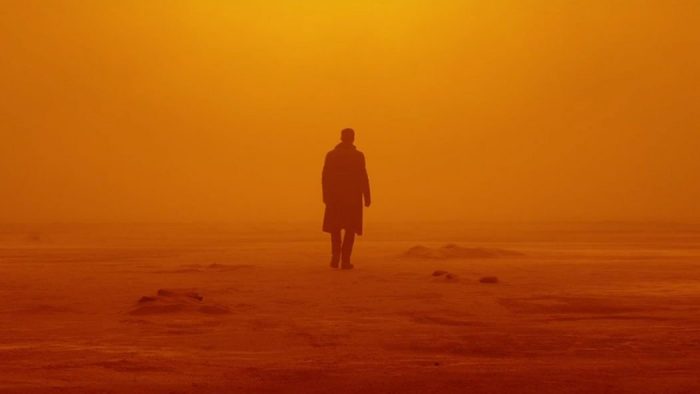 A new featurette “Time to Live” was released today. Running a juicy 3:54 minutes long, it’s our most in-depth look at director Denis Villeneuve’s take on the iconic sci-fi world.

In addition to Villeneuve, stars Harrison Ford, Ryan Gosling, and Jared Leto along with famed director of photography Roger Deakins all weigh in on making the film. See below:

It will be very interesting to see how the world reacts to Blade Runner 2049. Surprisingly, the original didn’t exactly thrill audiences. Or critics.

My theory is that in 1982 outer-space meant light sabers, stunning spaceship battles among the stars, and, of course, Darth Vader and Luke Skywalker. Star Wars changed everything, including the definition of Sci-Fi. And it certainly didn’t mean melancholy and voight kampff tests. Film noir doesn’t have wild mass market appeal. So Blade Runner tanked at the box office. Thankfully, history has been kind, and now Ridley Scott and team have received the universal acclaim so deserved.

Meantime, fans of BTS technical aspects of film production will likely enjoy this featurette which has several reveals of cameras and cranes, and other revealing moments. Note at 2:28 what looks to be a Canon DSLR (and people say Canon is dead…), rigged up, moving across the destroyed remnants of buildings.

Filmed in Hungary last year, Blade Runner 2049 is currently in post production and is slated for release October 2017. Given the many Star Wars sequels and riffs it will be, once again, a test to see how audiences respond to a dystopian version of the future. My guess: if 2049 does well, they’ll be a sequel straight around the corner.

To pass the time you could always watch David Lynch’s swan song that is the incredible return of Twin Peaks.

And/or re-watch the original Blade Runner… for the umpteenth time. It never gets old.