Loni and I are on location in Paris, taking in the City of Lights during the offseason.

Winter, though, doesn’t seem to discourage tourists, foodies or lovers of all things art. I was surprised at the (massive) lineups at the Louvre. As light rain came down, hundreds flocked to a line that weaved around that most famous of glass pyramids. Inside, we had the place almost to ourselves earlier in the day. After lunch, the galleries became far busier. And by the time we made our way to the Mona Lisa, it was as if Lady Gaga or Justin Bieber had made an impromptu appearance. I’ve never before seen such commotion to see a painting!

Yesterday, Loni made croissants. The class at La Cuisine Paris was a truncated version of what it truly takes to make a delicate pastry that has a mere 4-hour shelf life. After shooting some b-roll of Loni and her classmates (including a charming family from Australia) I will never complain again about the price of a croissant. It truly is jaw-dropping the amount of work and artistry that goes into making them.

I’m hoping to turn this footage into another 3 DAYS video segment.

So far, we’ve shot for 3 DAYS IN SONOMA. We’re in middle of 3 DAYS IN PARIS. And there’s one more TBA destination, coming soon. Oh, the drama.

My plan is to turn all of this stuff into three shorts, and release them through 2017.

For the first time I left my Canon gear at home. Too big. Instead, I opted for a compact mirrorless system. Weight and space being at a premium, mirrorless models, notably by Sony, Olympus and Panasonic are far more portable than the traditional DSLR bodies from the likes of Nikon and Canon.

So I went with the Sony Alpha a6500. It’s a crop sensor (APS-C), something I’m very used to shooting on thanks to so many years on Canon (60D, 70D, 80D). So far I’m very impressed. The a6500 is tiny, yet still has fast auto-focus, and some impressive 4K recording abilities. Also, the dynamic range is stellar for a camera in its price class.

While in Paris, Loni is taking drawing and painting classes. Here’s a sketch she made while working at the Académie de la Grande Chaumière: 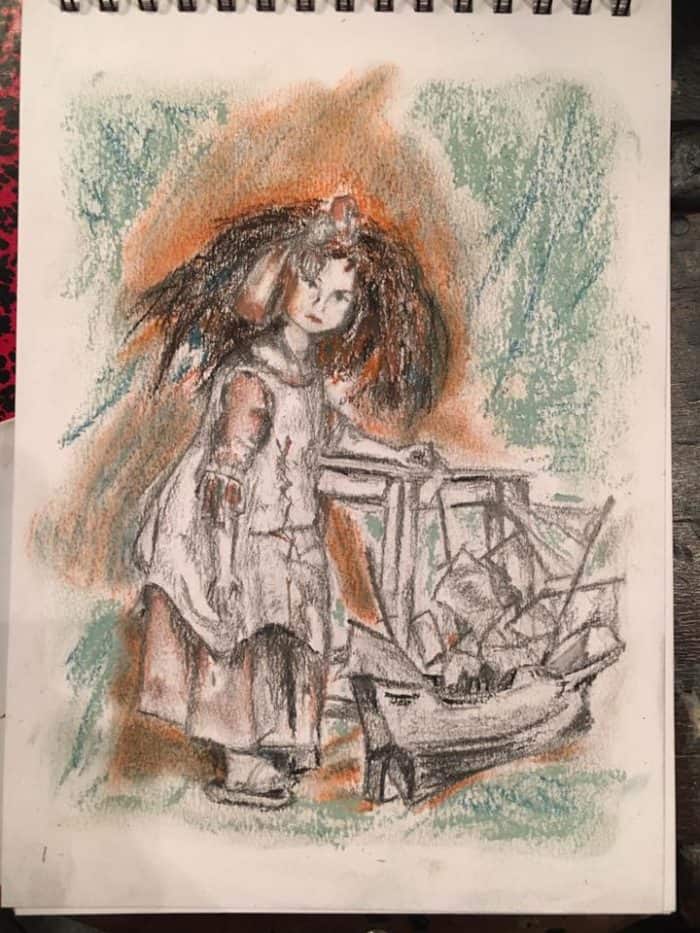 Meanwhile, I continue to work on video — confronting the timeline, capturing footage, attempting to storyboard.

In any case here’s a quick clip of the croissant class. I fared far better with my a6500 footage at the Louvre, and around the streets of Paris. More videos soon, and updates as we continue shoot the 3 DAYS “trilogy”.