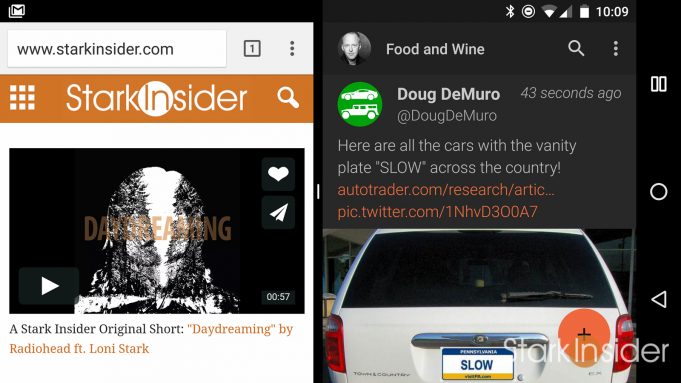 Android 7.0 is just around the corner. What should we expect from Google’s next major release, code-named Nougat, when it drops in the next few weeks?

For one, don’t expect earth-shattering updates. Android, like iOS, is a mature mobile operating system and platform with broad support, including massive development community. It’s definitely not 2009. Back then — Droid Does! — mobile and the smartphone tantalized us. Indeed, a brand new world. We were happily decommissioning our BlackBerrys and jumping into the new, exciting world of Android.

But now, the word of the day is: refinement.

Google and Apple have both found their respective mobile metaphors. So it’s really about making what works, work just that much better. Baby steps, year on year.

Google likes widgets (making the homescreen infinitely useful, informative), openness (so even most system programs and features are “apps”), and a do-it-all notification bar. It works, even if its more complex and demands a bit more effort from new users.

Apple, on the other hand, likes an integrated experience (phone, tablet, and laptop), simplicity of design (meaning less customization… though restrictions, like the ability to install custom third party keyboards, have been easing in recent years), and ease of use. You just pick up an iPhone and it works. Not the most hacker friendly thing in the world, but then again this is the company that famously locked its original Mac (and iMac too!) computer from our tweaking hands.

Google: It’s your house. Go ahead and add wallpaper if you want.

I’ll leave it to others to assess the name. “Nougat”? I’ll just say that perhaps we’ve had our fill of dessert-themed codenames.

I do like, however, how Google has implemented its beta channel. Want to test an upcoming release of Android? No more flashing, and multi-step procedures. Now, you simply sign-up with Google for the beta program, select which of your registered devices you want to test with the beta Android release, and soon thereafter (almost instantly in my experience) a system update notification appears. From there you install it like any other release. Great stuff. Even better: when the final shipping version of Nougat arrives, it will appear just like any other update. And it just keeps getting better: using this process does not wipe your data. You can test away, and not have to reset and reload your phone and apps each time.

I installed Nougat on my Nexus 6 (still a great phone, battery life be damned). 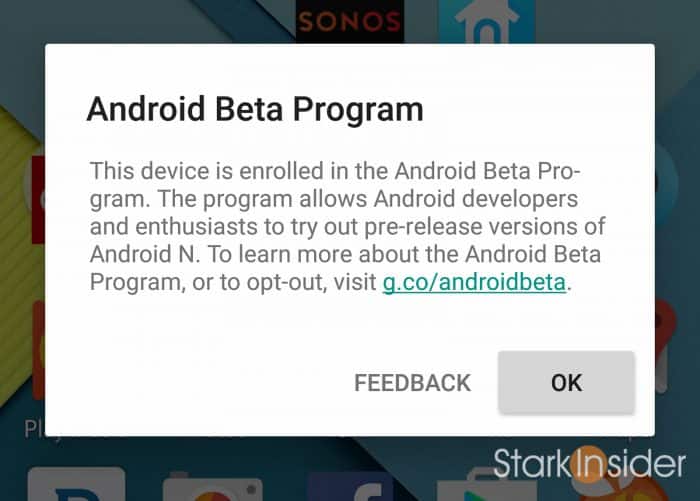 In no time I had 7.0 running. Not much of note at first. The app drawer is still there The notification bar is there. The homescreen, of course, is there. Pull down the notification bar and you begin to notice the first wave of refinements. Things look more… well, more… Material-esque. Notifications, for instance, extend edge to edge, and feature black text on a white background. A narrow row of 5 icons sit at top allowing for quick settings adjustments to things like wi-fi and do-not-disturb. Overall, my Nexus 6 seemed to run smoother — there was less lag.

Below, some of the more interesting things I discovered after a few weeks of driving Android 7.0 Nougat (aka Android N) on a Nexus 6.

Pull down once on the notification bar, and you’ll see this: 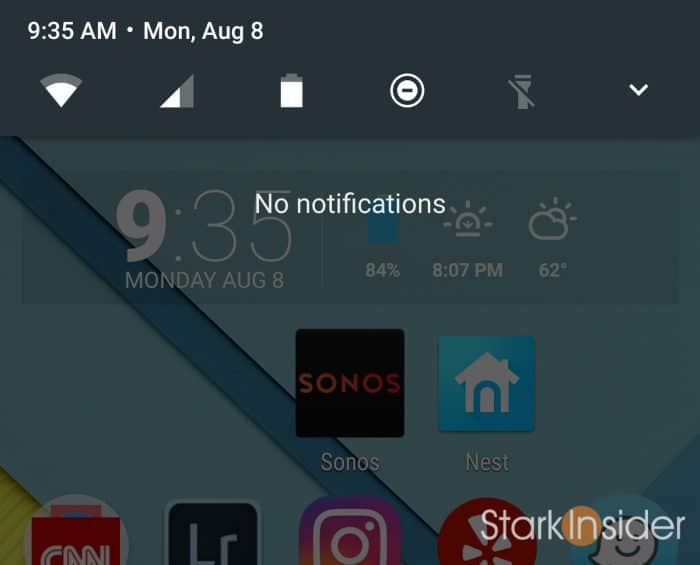 Quick toggles for: wi-fi, cellular data, battery, DND and flash light. Notifications below, as you’d expect. Touch that small arrow, and the entire settings shade is revealed which includes the usual assortment of things you might want to adjust in a pinch.

Touch “EDIT” and you can sort those icons to your liking, and add/drag new ones.

If you’re like me, trying to get a Nexus device to stop vibrating for notifications is akin to building your own industrial strength, portable linear accelerator in your spare time. Your far more likely to achieve success. 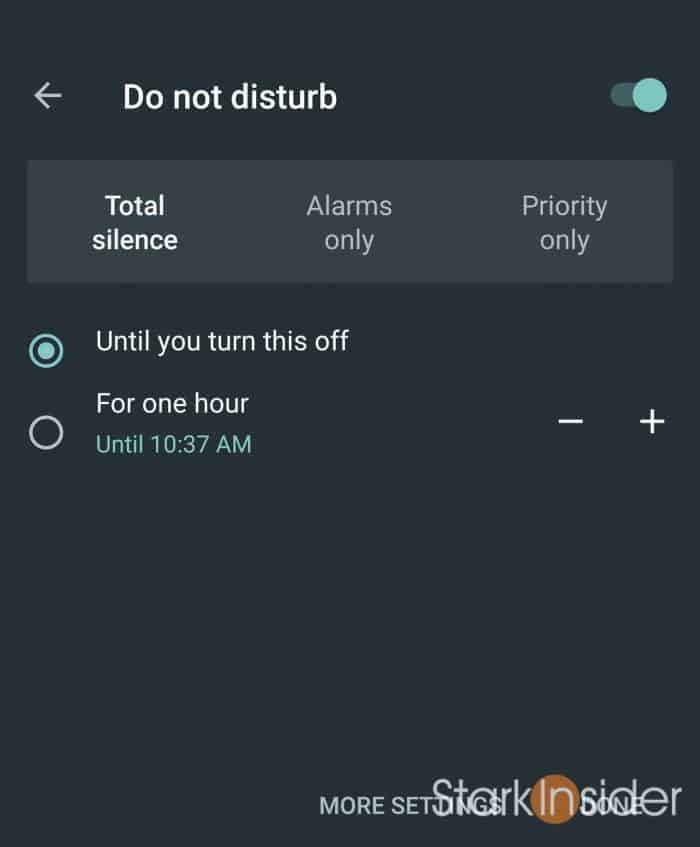 With Android N, we now have three options: Total silence, Alarms only, Priority only. Once again, you can activate these moments until you turn them off, or, if you’re in a meeting for instance, you can put your phone into silent mode for an hour. 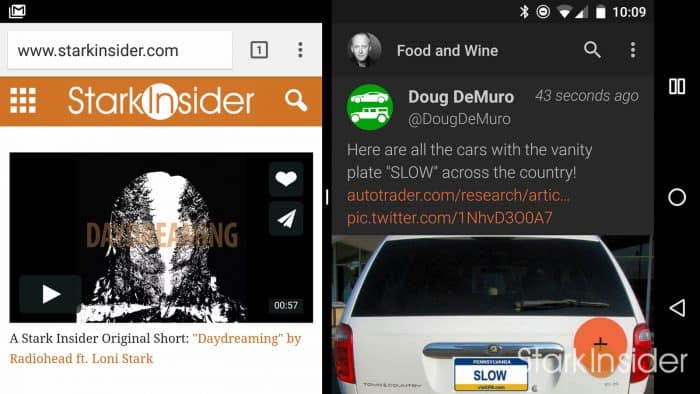 It’s finally here. Are our phones soon to become more PC like? It would seem the case. It’s inevitable really. So, with Nougat, Google has added multi-window mode. In short, it’s terrific and works as you might expect. You can run apps side by side. On a phablet like the Nexus 6 it’s actually surprisingly usable.

Let’s say I have Chrome open to a web page. Now I want to check Twitter for something. I simply long-press the recent apps button and the screen automatically splits in two. Then I select the app I’d like to open on the right side (Felix). Done. The process if fast, and, in my testing over the last few weeks, reliable too.

Multi-Window mode should breathe new life into productivity devices such as the Pixel C. And, I suspect, it paves the way for Android to subsume ChromeOS completely some time in 2017.

If you get a notification you have the option to respond directly via the notification bar. This saves the step of opening the app itself. This could be handy if you want to fire off a quick “Got it” or “Yes” or “Rodger Dodger” using Hangouts. In practice, though, I found myself still opening the app itself and working from there. After all, does it really save that much time? Still a nice option I’m sure for some of you.

Again, it’s the little things. With Nougat you can double tap the recent button to switch back to the previous app. Handy.

Call me a skeptic, but I’m not convinced Google yet has battery optimization on Android under control. Not even close. Nexus 6 battery is dreadful. Doze Mode 2.0 promises to limit apps and background activity when the screen is off. That way, when you pick up your phone hours (or even days they say) later, it will have plenty of life left.

So far I’m not seeing that with my Nexus 6. Apple still has some kind of magic sauce that enables it to extend battery far and away beyond its competitors. I’m holding at hope that the final release of Nougat does improve battery life in standby situations.

7. All the Small Things

Other small refinements or points of note in Android 7.0 Nougat that I spotted include: 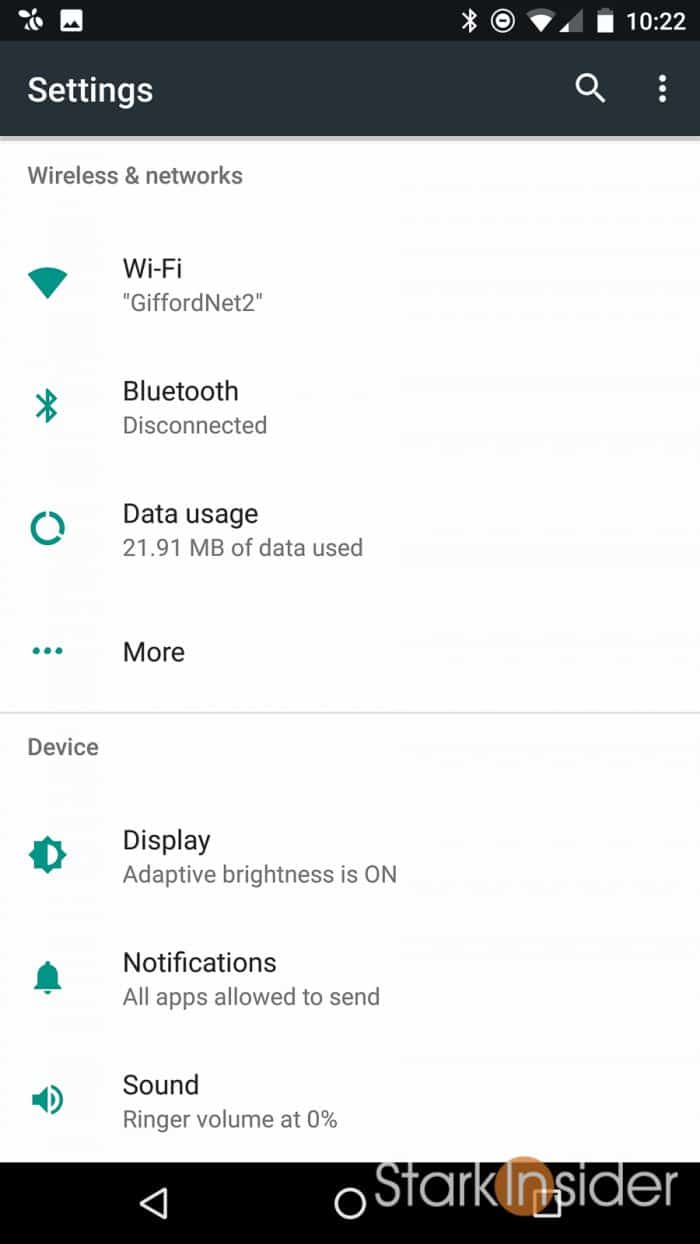 Should you buy a new phone to get the upgrade?

If you’re happily running Android 6.0 Marshmallow (or even an earlier version of Android) and assuming it’s not receiving the Nougat update, there’s nothing here that would mandate you run out and buy a new phone. Yes, everything is slightly improved, most notably the UI and notification bar. And unless you have a keen interest in Google’s Daydream VR or the ability to open two windows side-by-side, there’s likely no other compelling features you’d miss with Nougat.

Those with Nexus devices, will, obviously, want to upgrade as soon as possible. I’ve found the developer preview 5 to run with very few issues. This looks to be a solid, and, yes, refined release by Google.

When will Android 7.0 Nougat Ship?

Q3. That means we could see anytime through to the end of September, 2016.