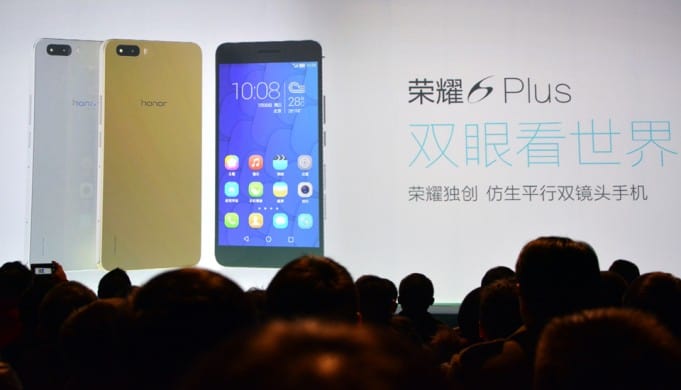 Like the new iPhone 6 and 6 Plus, but not the prices? Here’s a trend you may appreciate.

A lot of products today are made in China. And, often as we see, especially on gear from Apple, noted as “designed” elsewhere (Cupertino) — yet, ultimately, made in China.

So why not, designed and made in China and sold from China?

Over the last twelve months we’ve seen several Chinese tech firms go direct to the consumer. Given the increasing manufacturing might of the economic powerhouse, it should be no surprise that we’re now seeing many companies eschew deals with U.S. partners and attempt to do it all themselves.

Not exactly a household name, yet, Huawei has been quietly attacking the entry to mid-range market with several Android-based smartphones. The most recent is called the “Honor 6 Plus.” Sounds a lot like something we heard a lot about this year. And it’s not just the name that brings Apple to mind, but also the design. The new Huawei device which was announced this week, and will ship soon, looks like a dead ringer for an iPhone 6 Plus. At 5.5-inches it too features a phablet-like screen. Its powered by an in-house made octo-core processor (i.e. it’s fast), and comes with all the connectivity (micro USB, MicroSD memory slot, NFC) and memory you’d want (3GB RAM, 32GB storage).

However, there’s at least one thing Huawei is not pulling from Apple’s bag of tricks, and that’s…

Yes, just $322 for an unlocked GSM smartphone, that can get LTE speed, and is contract free. No obligations, free and clear – take it to AT&T and T-Mobile for example and just go.

Compare that to the iPhone 6 Plus which comes in at $850 for a similarly spec’d model and you quickly realize that things might be changing in the U.S. mobile market rather rapidly. Save for one thing. Brand recognition. Everyone, of course, knows Apple. But few know companies such as Huawei, OnePlus, Oppo and market leader, Xiaomi. I suspect that will change. Check back in about 12-18 months and I think you’ll see many consumers become as familiar with these brands as they are with the Korean giants, notably Samsung and LG.

While the incumbents–Apple, Samsung, LG, HTC, Motorola–have seen fit recently to increase pricing on unlocked devices, the new players are seeking to shake things up. Time will tell if consumers are willing to take a risk on unproven brands.

Meantime, you can learn more about the Huawei Honor 6 Plus phone here, where you can also place a pre-order.