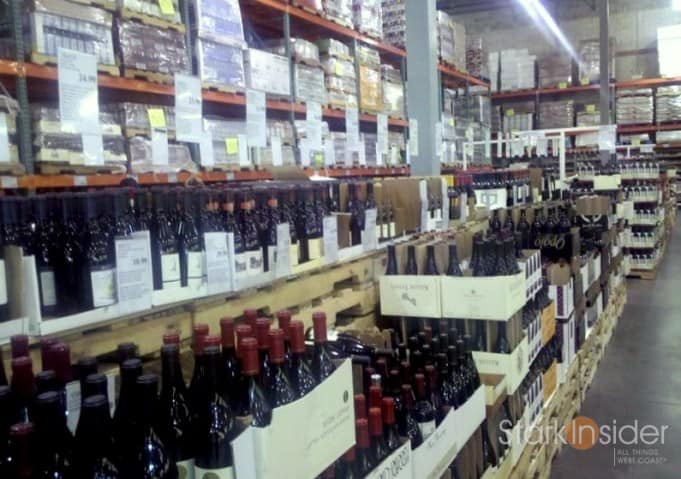 If you love wine you should consider living in one of the states rated “A+” for access to wine: California, DC, Missouri, Nebraska, New Hampshire, Oregon and Virginia.

On the flip side, you may want to avoid those that fared less well, receiving a failing grade: Utah, Colorado and Pennsylvania among others.

This according to a new report “The 2013 State-by State Report Card on Consumer Access to Wine” (pdf) published by the the newly formed American Wine Consumer Coalition (AWCC), an organization committed to “advancing the status and commercial success of the wine industry in America.” Based on 1,000 responses to a survey, the grades were determined by assigning points to six issues deemed broadly important to consumers:

If Elon Musk can land a rocket, build a mass-produced electric car, surely we can advance some of the arcane wine laws that serve to insulate institutions from the dynamics of competition and free markets.

1. Winery-to-consumer-shipping – can consumers buy direct from an out-of-state winery?

2. Retailer-to-consumer shipping – can retailers also buy out-of-state? (and not be limited to the selection of their in-state wholesaler)

3. Grocery store wine sales – can I buy a bottle at my local store?

4. Sunday sales of wine – can I buy a bottle just before NFL game time?

5. Bring-your-own-bottle laws – can I bring my own wine to a restaurant?

As the report indicates, decoding the various state laws and regulations can “create a complex and difficult to understand legal quilt.”

Having lived here in California for the past 15 years I often forget how good we have it when it comes to access to wines; and not just local wines, from Sonoma and Napa for example, but also out-of-state wines. For instance, I can go to the web site for Chateau Ste. Michelle (based in Washington), order a case of Riesling, and have it shipped to my home in Silicon Valley – a no-no if you live in a state, such as Pennsylvania, that prohibits cross-border movement of wine.

Better still, there are no restrictions in California that prevent restaurants from offering corkage fees so that patrons can bring their own bottles – something that is illegal among certain states including New Mexico.

When I visit family back up in Canada I’m reminded too of what it means to have wines readily available on store shelves. In Ontario, for instance, distribution is controlled by the province. Want a bottle of Chardonnay, or case of beer? You need to head to an LCBO-controlled liquor or beer store. Meanwhile, in a pinch here in California, I can pick up a daily white at CVS (of all places), and load up weekly on deals at Costco (from my experience one of the best places to buy everyday wines).

One of the people behind the AWCC is Tom Wark, a wine publicist known for his expertise in the area of wine regulations, and helping consumers understand what the various law means to their access to the product. He writes regularly at Fermentation, a wine blog well worth checking out if you’re interested in the topic.

For most oenophiles there will be nothing new here. Many who live in the more restrictive states will know the pains of accessing out-of-state wines all too well. It’s not uncommon for those close to borders to do some wine runs across state lines.

If wine is a central part of your life–for a wine writer, sommelier, wine collector–this report can certainly help understand what you gain or give up by living in a particular state. Who knows, maybe it can even influence where people choose to live. If Elon Musk can land a rocket, build a mass-produced electric car, surely we can advance some of the arcane wine laws that serve to insulate institutions from the dynamics of competition and free markets.