Wine country and the people here never cease to surprise and delight. Over the weekend Paulée took place in Sonoma. That smile that you see in the photo down below – that’s the result of a long weekend well spent in wine country. Who knew I could make about 150 new friends in only two days (and, in person no less!)? 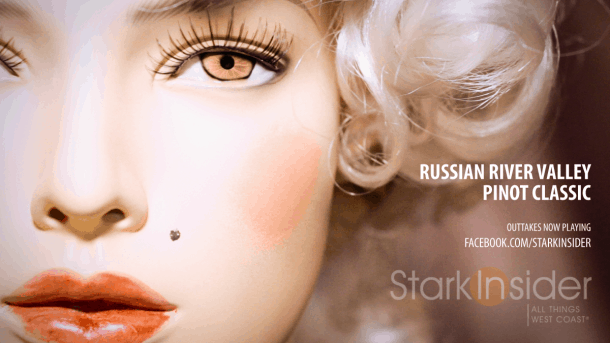 The annual dinner that invites guests to sing along in the vineyard under the stars, enjoy a gourmet three-course meal (prepared this year by DeLoach’s gregarious Chef Michel Cornu) and bring copious numbers of wines with stories to match to share with others, was the center piece of the Russian River Valley Pinot Classic. Despite attending an endless array of these sorts of shindigs over the years for Stark Insider, this one was one for the ages.

Sonoma actually has what I’d call “back roads.”

One thing that’s easy to forget sometimes is that Sonoma is markedly different than its more famous inland neighbor. While Napa is built up and can challenge drivers during tourist season with a wicked left turn on a congested Highway 29, Sonoma actually has what I’d call “back roads.” Wine country back roads. The ones that wind, dip and sneak through overgrown forests. And even a historic single land bridge that crosses the Russian River itself. It’s magnificent (and possibly therapeutic with the right music) to just drive around. Also–what?!–no cell reception. Getting a signal can be tricky in Sonoma. It’s hilly, coastal and even though the region is only about an hour north of San Francisco, you might as well be trying to get a few bars from T-Mobile while dancing barefoot across the arctic circle; though there was nothing frigid about our weekend in Sonoma. The temperature pushed into the hundreds, and cooled off nicely as the sun went down.

We had a pretty full agenda that included stops at numerous wineries on Saturday and Sunday. 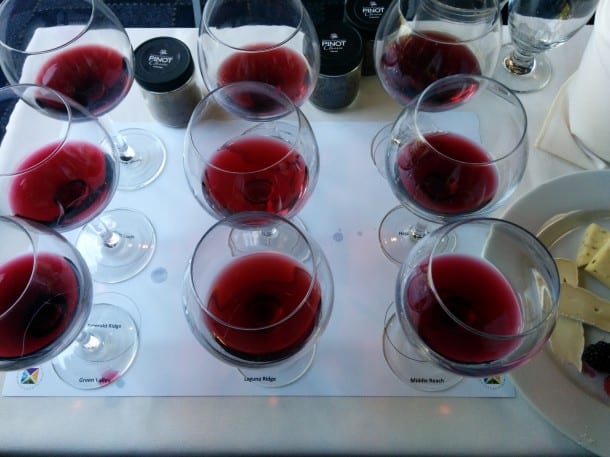 First we attended an informative seminar, “The Neighborhoods of Russian River Valley.” Notable trade, winemakers and writers (Steve Heimoff was there with his cute dog Guss, and closed off the session with some charming prose from his book about the RRV) guided attendees through the nuances of the various sub-AVAs (ah… just a slightly political topic these days). A flight featuring wines from Green Valley, Laguna Ridge and Middle Reach complemented the discussion perfectly.

Later we stopped by Carrozzi Vineyard, where we met up with owners Stephen and Cheryl Carrozzi who shared with us their story about they got into the wine business before heading to the photo booth for vineyard irreverence (as we’re wont to do around here). Both Stephen and Cheryl were working it, pouring their wines for all comers, and even sharing chocolates made by their daughter. 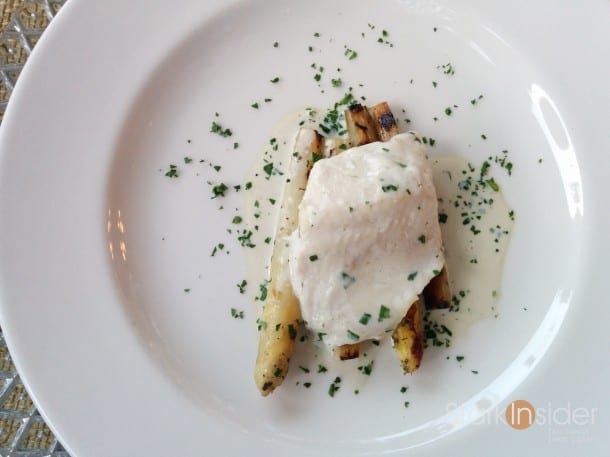 After a quick refresh back at the Thomas George guest house where we were staying (stunning in every sense of the word), we braced ourselves for what would come next: a tour of the new DeLoach barrel room, and 18th century time machine with none other than Jean-Charles Boisset. Fresh off a flight from Paris (and hours away from jetting to Hong Kong), and with sparkling in hand, he guided us through what had to be the most energetic, most fun, most ridiculous, most informative, most over-the-top wine tour I’ve ever had the pleasure to witness.

Paulée, of course, is one of those wine country experience you ought to consider including on your bucket list. One thing I didn’t realize–naivety and all–was how much wine everyone brings. Part of the joy of Paulée is the sharing that goes on – sharing wines, sharing stories, sharing amazing food. Then there’s that interesting little song, with lots of boisterous singing, and clapping (three times during the meal no less!) – watch the video outtakes below for a glimpse of that.

On Sunday, we made stops at Moshin Vineyards, the “hummingbird” winery owned by a former San Jose State math teacher. Then stopped for lunch at VML. The grounds looked familiar. Then I realized this used to be Chris Donatiello’s stomping grounds – it was waaaay back when we featured him on SI. Chris, who we were fortunate enough to sit at during the previous night’s extravaganza, has now setup shop on Healdsburg Square; and plays a prominent role in organizing RRV winegrowers and leading their efforts to unite marketing and branding efforts.

We’ll have the full episode of the Russian River Valley Pinot Classic 2014 up soon on Stark Insider. For now, we’ve cut together a highlight reel that you can watch below or on Vimeo. Quick tip: those making wine country/vacation plans for 2015, make note of this event, and consider making it a cornerstone of your itin.