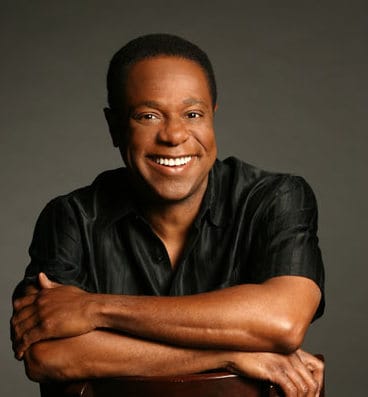 Not a Genuine Black Man

I confess, I fell in love with Brian Copeland when he performed his one-man show The Jewelry Box at the Marsh late last year. The show lingered in my mind, in part because Copeland knew exactly how far to push his material without going completely maudlin. After his mother, his grandmother, and his grade school teacher took up residence in my head, I knew I’d have to catch his act again, if only to figure out how he pulled this off.

The good news is that Copeland’s back, presenting Not a Genuine Black Man at the Berkeley Rep. Although this show is ten years old, it remains as fresh as ever. He returns with some of the same characters, crossing autobiography with social commentary, comedy with pathos. The same strengths that made Jewelry Box such a hit at the Marsh remain on display here. For two hours, he kept the audience glued to his every word.

Not a genuine black man. Why do people say that to me? Is it how I talk? Is it how I dress? Is it because my machine is set to TiVo Frasier?

Not a Genuine Black Man (also available as a book published by Hyperion) was prompted when Copeland, a KGO radio talk show host, received a snail mail missive (according to Copeland, such things only come from old ladies or whack jobs) from an African-American who argued that Copeland was “not a genuine black man.” It stuck in Copeland’s craw, in part, because we all know what’s meant by such a phrase.

Copeland’s phrase called to mind the unfortunate remarks of police chief Lynne Johnson in response to the 2008 Palo Alto crime wave, “If my officer sees an African-American who has a do-rag on his head, absolutely the officer will be stopping and finding out who that person is.” While many things were said about Johnson’s unfortunate choice of words, she left little doubt that she was referring to what many, including many Afro-Americans, characterize as genuine black people. 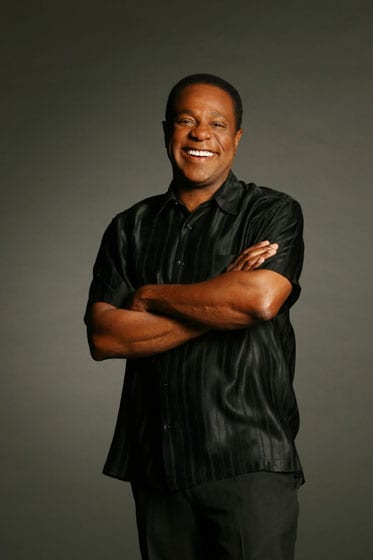 While Johnson probably wasn’t being racist (alas, being a good police chief requires being a good communicator as much as it does catching bad guys), her remarks were the proverbial turd in the punchbowl, not unlike the accusation that spurred Copeland to pen “Not a Genuine Black Man.” What do you do when your purported authenticity, especially in the eyes of some portion of your tribe, is connected with so many negative images? How do you prevent this getting absorbed as self-hatred, even by your offspring?

Copeland plays this as high comedy, saying “generally I like to give an intellectual response: FUCK YOU! And then I grab myself and ask, “Is this black enough for your ass?” Not a genuine black man. Why do people say that to me? Is it how I talk? Is it how I dress? Is it because my machine is set to TiVo Frasier? If you are talking about some cultural delineation I don’t know. I don’t talk ghetto. When I hear the word ‘ax’ I think of it as a noun, not a verb. I like old Motown. That’s black. But I also like the Beach Boys. I can’t swim. That’s black. But I can’t play basketball either. That’s not even male.”

For the most part, Copeland’s delivery is spot on. While there’s many gratuitous standing ovations, the one at the end of Not a Genuine Black Man wasn’t among them.

My only nits here are ones I would not make had I not seen Jewelry Box. As you hear the voices of his family members, you get the sinking feeling you’re listening to a stylized delivery that will soon wear thin. Copeland relies heavily on his voice, be it the vaguely obnoxious child voice of himself and his “shit disturber” sister or the high, wavering voice of his mother. This reliance on voice – perhaps natural for a radio personality – puts his characters at risk of becoming caricatures. This material is too important – and too funny – for this to happen so I hope a slightly more modulated delivery eventually evolves.

Copeland doesn’t proffer answers here – either as to what’s genuine, what’s black or even what’s racist. His performance suggests that most of us are more genuinely confused than genuinely racist, and that self-hatred can be insidiously contagious. Not surprisingly, the best advice amidst all the comedy and confusion comes from his grandmother. Get off your butt!