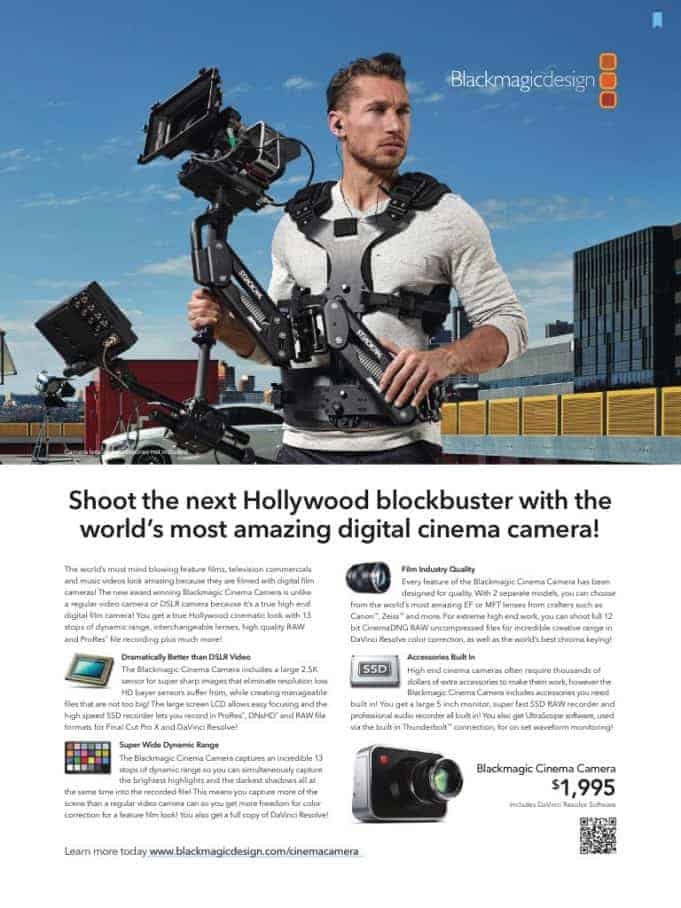 Take a look closely a this ad for the Blackmagic Cinema Camera: 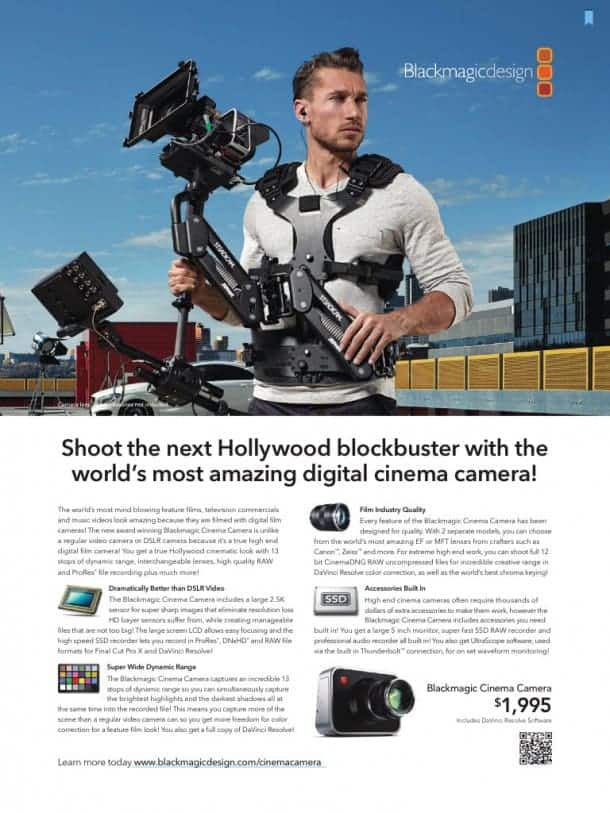 Do you notice anything related to the temperament of the copywriter?

This is one excitable person! It seems as if every feature is amazing! This person might do very well on Twitter! (!!)

It’s hard to imagine that this exuberance was not by design!

Looks closely, though, paying careful attention to the punctuation used at the end of each sentence, and you’ll notice something. There is exactly one sentence where Blackmagic tones down its energy level. Quite meh, in fact. That is the one related to the quality of the camera: “Every feature of the Blackmagic Cinema Camera has been designed for quality.” True, I suppose that doesn’t sound as brilliant as “DaVinci Resolve!”, “plus much more!” and “on set waveform monitoring!”.

Of course, I’m slightly guilty myself, it must be something related to dynamic range or achieving a near film-look to video. When the BMCC first came out last year (it was announced at NAB) I emailed Loni Stark and said, “We need Blackmagic for Stark Insider!”

We still shoot run-n-gun with a Canon EOS 70D. It serves us extremely well, especially the new on-the-fly autofocus which helps us capture action in the heat of the moment. Case in point: in Napa at the COCHON 555 “never trust a skinny chef” foodie event, where I had repeatedly urge the host to keep her eyes open:

It’s not lost on me that every time I poke fun or critique a Blackmagic ad (last time, I noticed a two-fer featuring a Mercedes-Benz), I’m giving the company extra lift. And lift they deserve. Their cameras–pocket, cinema and 4K production–have turned the indie filmmaking/documentary industry on its collective ear! So much capability for so (relatively) little!