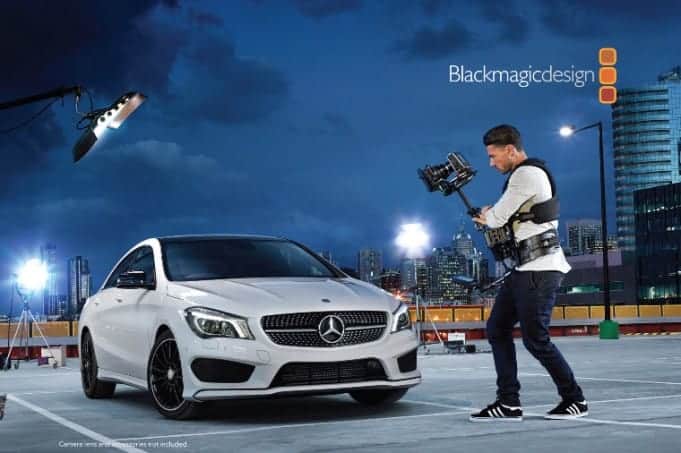 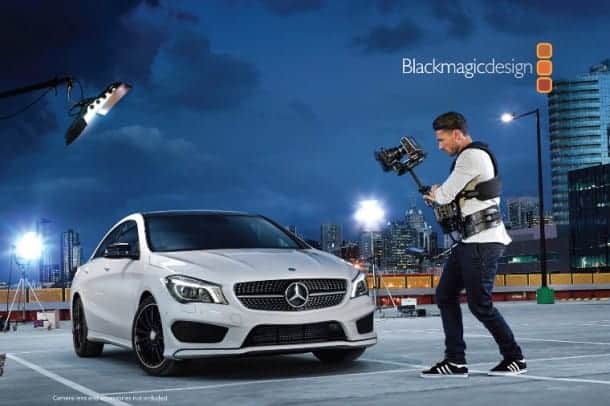 I ran across the above Blackmagic ad a few days ago in a digital photography magazine, and spotted something interesting.

I’m (all too) familiar with the Australian up-start’s product line, and lust dearly for the upcoming 4K “Production” camera. Fears over terabytes upon terabytes of ProRes and RAW files have made me somewhat reluctant to add a Blackmagic camera alongside my trusty Canon EOS. Shooting 60 minutes of RAW with a BMCC takes about 512GB (!) of storage. Last year I finally had to configure a few RAID systems for Stark Insider TV. We’ve been shooting video around the San Francisco Bay Area since 2009, and data management (and file tagging) have become serious challenges. To think about RAW would be just an epic IT challenge for which I’m not sure I have the fortitude. My primary reason for wanting to shoot at 2.5K or 4K resolution is the ability to crop and scale in post, before outputting to 1080p for delivery to the web.

Do you notice anything about the above ad (full version is at end)?

Ok, so it probably doesn’t take Sherlock Holmes (and a mediocre season 3) to deduce that the starring product in the ad is actually the new Mercedes-Benz CLA sedan. No big deal right? Probably not. But I don’t recall seeing two products featured in the same ad before–I don’t doubt it’s been done, I just never really gave it much thought before.

There’s a few interesting things that popped into my mind as I studied the ad:

1. By using a Mercedes as its center piece, Blackmagic makes the ad look infinitely sexier. Camera gear for camera enthusiasts is already pretty sexy stuff in our eyes, but by adding a shiny car everything looks slicker.

2. Partners? I can’t be sure, but I’d bet that Mercedes and Blackmagic split the cost of the ad. Either that or there was some sort of comp – Did Blackmagic help shoot an ad for MB in exchange for comp’d advertising?

3. Brand association. Note that Blackmagic chose not to opt for a Fiat or a Prius or an entry Ford. The message is clear: Blackmagic is a premium product, and can be used to do commercial work.

Come to think of it, now that I’ve written a short blurb about this ad I suppose it’s actually a three-fer. 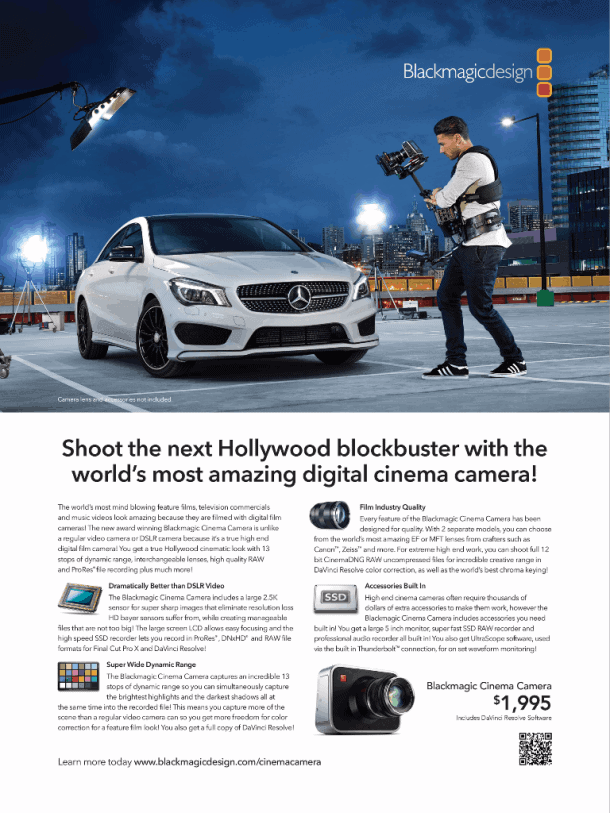