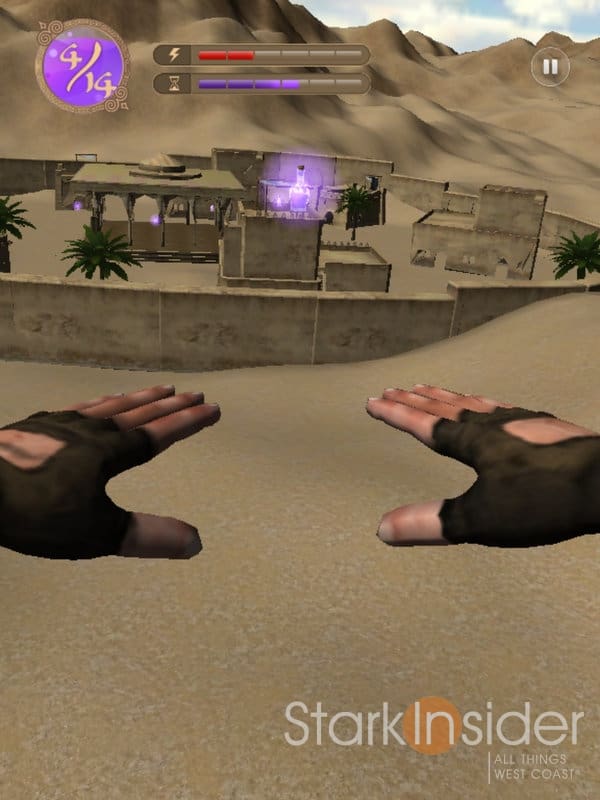 Umoove Experience is the latest augmented reality app that showcases technology’s promise of an eye- and face-tracking future. It’s a simple game with sophisticated algorithms that allow the user to fly through a 3D village by “just facing where you want to go.”

It caught my attention when several tech bloggers continued to wax poetic about its illustrious magic. The Israel-based startup just finished raising $1 million, and is turning heads with its application of motion tracking technology.

Last year Samsung loaded up its flagship Android-powered S4 smartphone with all kinds of motion sensing tech. It showed well at launch, and proved to be a hit. Well, it was a hit on stage at least. In the hands of consumers, though, the reactions were more meh than wow – turns out we like to be dazzled at presentations and product launches (that’s entertainment!), but prefer utility for everyday purposes (notifications, for example). I don’t know one single person that uses the motion stuff built into their S4s. It’s hard to imagine that won’t change over time. As the technology becomes easier to use, and as developers find more ways to use it creatively within our existing workflows, I expect it to become as common as gestures are today.

I downloaded Umoove (free) onto an iPad Mini we have floating around the Stark Insider office (truth be hold I’m much more liable to grab a fast Win8 tablet these days, like the superb Dell Venue 8 Pro or powerhouse Microsoft Surface Pro).

Undeniably this is wear mobile tech is headed.

Is the game as magical as everyone is saying it is? And, perhaps more important, does it portend the type of motion-based capability we might be seeing in 2014 and beyond?

First, Umoove is really impressive. When I first launched the game a short video guided me through setup, which consisted of ensuring my face was centered over the iPad: 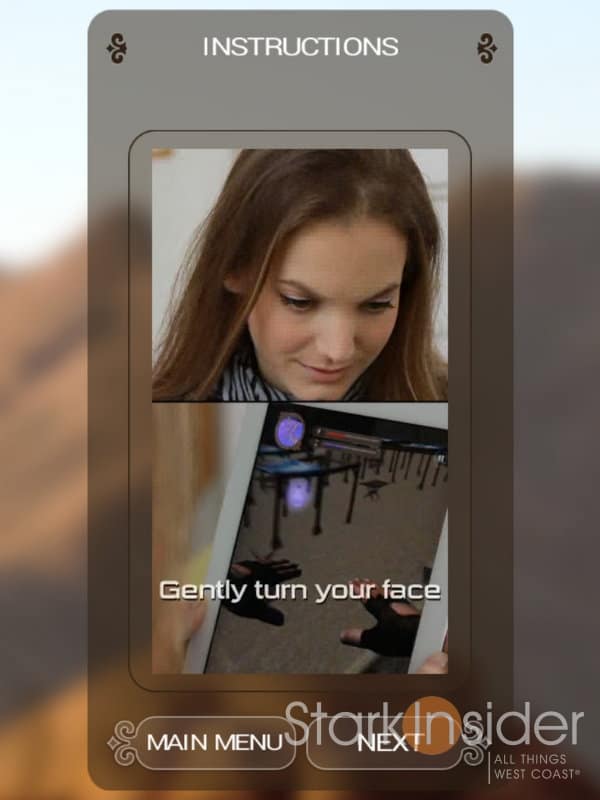 Then I was given some short training (which can be skipped). This consisted of moving a ball onto a target simply by adjusting the direction I was looking.

Once the game begun, I found myself flying through a small village, as promised. You don’t control the speed. Tapping the screen, though, increases velocity. The goal is to guide yourself without colliding into obecjts and to collect floating purple potions (that look like remnants from Morrowind). Sure enough, by looking up, down, left and right I was able to change direction. Responsiveness was almost instant. It worked remarkable well. By using the front-facing camera on the iPad, the app was able to track my eyes and decipher my intentions in real-time. No gestures, no controls, no screen tapping of any sort required (except to adjust speed).

The game itself is forgettable. As a demo for what’s possible, however, Umoove should easily elicit wowza type reactions. Undeniably this is wear mobile tech is headed. Not that we’ll see it everywhere mind you. Certain applications will still benefit most from the tried and true hands-on the screen (or keyboard) mode of interaction. Gaming is clearly a great opportunity. So are apps that leverage hands-free, motion-based capability to cater to the needs of specialized industries; education, health care, field operations are just a few that come to mind. Meantime Umoove, while not the ultimate incarnation of the motion control, is certainly a compelling look at what the future might have in store – download it now, and bask in the Minority Report inspired style our world is becoming.