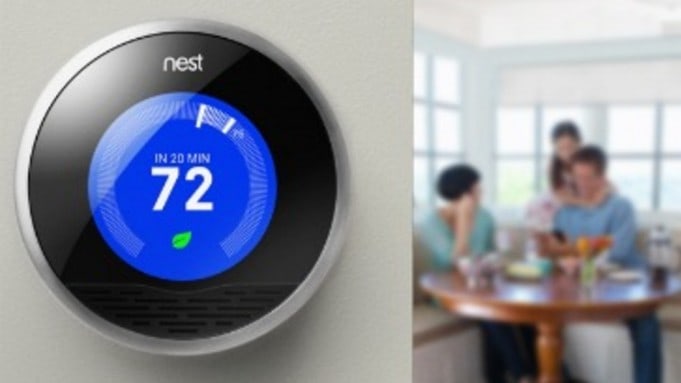 Android has become the dominant mobile platform for tablets, smartphones, laptops (Chromebooks). In less than five years Android permeates just about every facet of our lives–in spite of the runaway success of Apple’s iPhone (2007). Now Google is set to control our homes; cue the security breaches.

NYT revealed that Google has bought Nest Labs, the maker of a portfolio of home automation products including a widely lauded app-controlled thermostat.

While the deal is not a complete surprise given Google’s continued efforts to expand further into consumer tech, the size itself is a bit of an eye opener, even in today’s hyper-inflated market for valuations. Coming in at $3.2 billion, the mega-acquisition would be Google’s second largest, slotting in between Motorola ($12.5 billion in 2011… ouch) and Doubleclick ($3.1 billion in 2007). This time, however, it’s cash and carry.

No question, home automation is a largely untapped market opportunity. Though many companies have targeted the space, none have really broken it open in the past few decades. Perhaps that has to do with middling interfaces, complex installations, and, ultimately, little consumer value in the applications themselves. Given that we use smartphones and tablets to control myriad of services (music, movies) and physical devices (lights, televisions) it only make sense that we also use them to control our homes. I’ve been using something called INSTEON in our home here in Silicon Valley to control lights for the last several years; though the interfaces have improved, their line of products continue to trail consumer leaders such as Google and Apple. Little coincidence then that Nest Labs is run by former Apple engineers – there’s an inherent simplicity and elegance in the design of their products.

Legal requirements for safety devices such as smoke alarms and CO sensors in homes could also mean lucrative possibilities for Google. What if regulation changed so that not only did homes require them, but also require ones connected to centralized alert systems and/or smartphones? Even without changes in existing laws, home owners are more than willing to invest in home safety… especially whose those products are easy to use and as pretty as the original iPod.