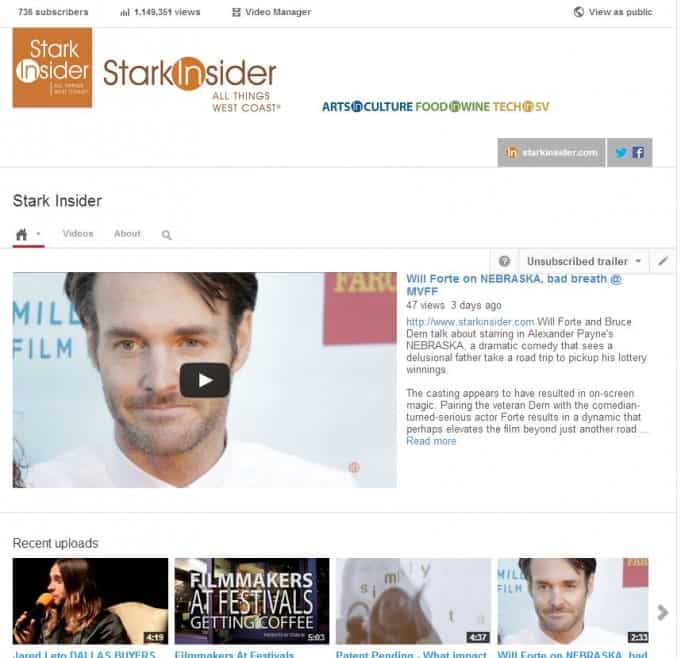 In 2006, about a third of adult internet users used video sharing sites. According to a Pew research report, that number has more than doubled; this year over 70% will use one of several videos services–Vine, YouTube, Facebook, Vimeo.

Even more striking, the amount of uploads taking place. The percent of adult internet users who post videos, based on Pew’s survey, has doubled in size in the last four years. In 2013, almost one in every three user posts videos online.

Comedy, how-to and educational round out the top three most popular types of online video.

Surprisingly, “Adult” comes in last place. Which begs the question: are the interviewees being completely truthful?

The numbers don’t completely surprise, though the growth rates are quite astonishing. Traditional broadcasting has been completely disrupted by the web. Now we’re seeing original programming–House of Cards and Orange is the New Black on Netflix and The Awesomes and Battleground on Hulu–emerge from what were once considered merely video hosting platforms.

Which begs another question.

Who in the world is watching all this stuff?

How do I feel about ads masquerading as art? I abhor it. That’s a travesty. The two, like church and state, should remain separate.

A large part of why we’re seeing so much content uploaded and consumed via online video sites (with YouTube leading the way by far) is simple. We are all carrying camcorders in our pockets. Every smartphone has a camera. It can shoot HD video. And because we’re always connected these videos can easily be uploaded with a few clicks or touches.

Breaking news now routinely falls into the hands of everyday people; aka Citizen Journalism (there’s another category, new to me, called Cinematic Journalism, which is interesting to read about). Who would’ve thought we’d see the day when CNN sourced footage from Average Joe filming a car on fire at the corner of First and Main?! Then again, who would’ve thought we’d see the day when an estimable anchor such as Anderson Cooper would come up with something banal like the RidicuList?! (paging Walter Cronkite)

I’ve felt the impact too. The explosion of online video uploads, in particular, hits close to home. In 2009 we made a strategic bet on online video for Stark Insider. Soon we were running around the San Francisco Bay Area filming events, interviews, and, on at least a few occasions, chaos when things simply went wrong. Back then it was relatively easy to get views. The public was hungry for content. Banal, quirky, silly. Poorly lit, poorly shot, poorly produced. It didn’t seem to matter. Today, that’s no longer the case, at least in my experience. Because online video is so crowded, it’s harder than ever to stand out. If almost one-third of us are posting videos, it again makes one wonder who on earth is going to watch all of it.

WATCH: Patent Pending – What impact do patents have on artists, ownership and invention? (VIDEO)

A shakeout is coming.

The novelty will wear off.

If video follows in the footsteps of photographs, of which I believe it will, then the surge in uploads will fall-off substantially once the initial thrill wears off. That’s not to say its importance will fade. Far from it. Monetization models will continue to emerge, as traditional television dies its slow, painful death. But–and yes I must use this cliched expression–there will be a flight to quality. For “theatre for the short attention span” to matter, content will need to be either: Colbert-level funny, shocking, or informative. If you can accomplish all three then pat yourself on the shoulder, you’re the Viral Trifecta King of YouTube.

If you want to get into online video I’d suggest asking these three questions first:

2. How will I be different?

3. Do I have the resources to do it right?

More soon on my thoughts about those questions, and some personal experiences.

It’s taken us four years for Stark Insider to surpass 1 million views on YouTube. In this viral era that doesn’t sound like much. But I was surprised the other day when someone told me we were the largest arts and entertainment channel in San Francisco. None of our videos have gone viral. Nor do I want them to. I want to look back and see a legacy of quality. Or a legacy of quirkiness–that’s all good too. I leave the viral stuff for the corporate marketers. And how do I feel about ads masquerading as art? I abhor it. That’s a travesty. The two, like church and state, should remain separate. Then again, Andy Warhol didn’t fare too badly with Campbell’s Soup cans.