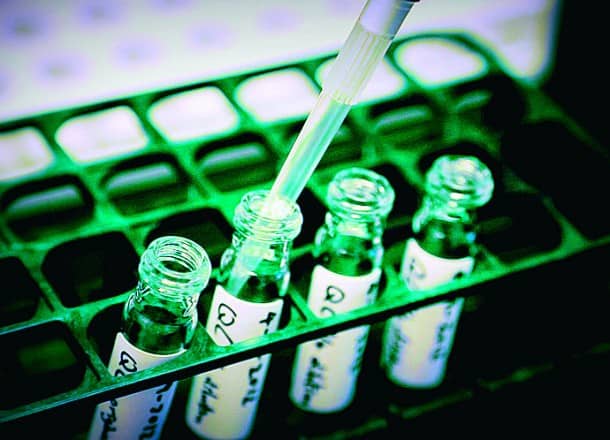 “A chemical is innocent until proven guilty.”

Sean Penn executive produces and narrates The Human Experiment, a documentary that sheds light on the increasing use of chemicals everywhere around us. In the 92-minute film we get an up-close look at some of the passionate activists seeking to do something about the growing problem.

After watching the film I had an urge to inspect every cleaner, shampoo, and soap in our home. If you’re the kind of person who believes in “out of sight, out of mind” then you may want to avoid it. Because what you learn might shock and depress you.

For example, Bisphenol A (BPA), a toxic chemical, has been found in plastic baby bottles. Scanning the web and Google reveals that it’s been the source of more than one flash-point regarding the ongoing battle to provide consumers with information about these toxic chemicals: “BPA: Is it a complex story? Oh, baby.”

Bay Area Filmmakers Don Hardy and Dana Nachman tell us that the real challenge in affecting change can be found in the powerful lobbyist groups. This is a David and Goliath scenario. Chemical companies such as Dupont, ExxonMobile, Dow, BASF and others spent in excess of $52 million in 2011 alone on lobbying.

Regarding the alarming increase in cancer diagnosed in young people, an activist says, “You can’t explain it just by genetics. There has to be another explanation.”

Like most documentaries, a strong point of view is evident. Political showdowns are inevitable. In one particularly heartbreaking scene we watch a couple take a phone call from a doctor who delivers not-so-happy fertility test results.

On a more inspirational note, the filmmakers document the rise of “Green Chemistry” – an industry that is projected to grow to $2.7 billion by 2015. A trickle down effect should result in “Green Jobs” and “Green…” just about everything else.

A quick aside. For such an accomplished actor, Sean Penn’s narration is surprisingly monotone. It’s as if he was sedated or told to talk with a very serious, steady tone. Then again, the material at hand is sobering.

One of the most interesting parts of the film relates to the explanation of “The 4 Dog Defense.” The escalating defense ladder is apparently a strategy routinely used by chemical companies in the courtroom and goes something like this:

2. My dog bites but didn’t bite you – a mild concession, but “average people aren’t exposed to it.”

3. My dog bit you but it didn’t hurt you – “alright people are exposed, but they are not harmed by the chemical.”

Whether or not the filmmakers succeed in correlating the data presented with the conclusions is up to the viewer to decide; I notice that there’s little to no representation from the other side. No question, the film made me take notice. I found myself searching the Web for the latest research, news and studies related to these clandestine chemicals. Although I’m not quite ready yet to become a full-fledged activist, thankfully I’m far more aware of the seemingly innocent dangers lurking in my home.

Mill Valley Film Festival hosted the world premiere of The Human Experiment yesterday evening with Sean Penn and filmmakers Don Hardy and Dana Nachman in attendance. A second screening is scheduled for October 10 at the CinéArts @ Sequoia theater in Mill Valley. Catch it if you can.