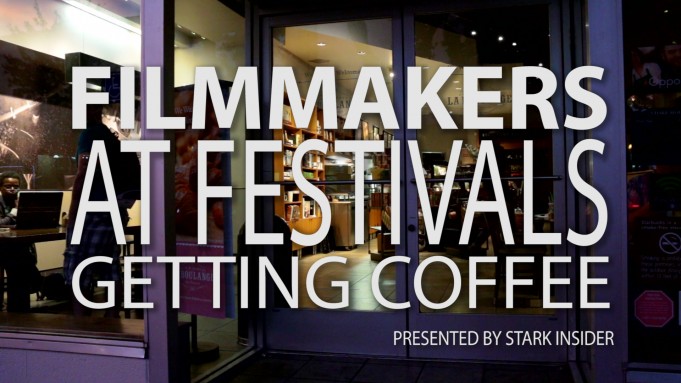 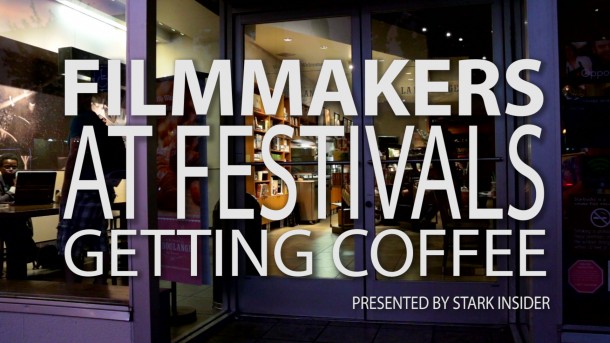 Director Jonathan Cenzual Burley not only has an active imagination, he’s also proven to be quite the risk taker. The Spanish filmmaker has jumped off the deep end and allowed us to film this, the Stark Insider riff Filmmakers at Festivals Getting Coffee.

Now based out of Brighton. which he refers to as the “San Francisco of the UK”, Burley’s second feature, The Year and the Vineyard, made it into the Mill Valley Film Festival. And for good reason. The magical fable is poetic, inspirational, and brimming with unexpected creativity. There’s no shortage of films about wine these days (the most recent being the dead serious You Will Be My Son), but, safe to say, you’re not likely to encounter his vision of the genre anytime soon.

Thankfully Jon finally realized he had an interview scheduled with  us, and–against all odds–left a local pub (does San Rafael really have pubs?) to meet us at the chatty, welcoming MVFF filmmaker’s lounge. There we mic’d him and Loni Stark up, and off they went to fetch a latte, and a macchiato.

I had a chance to screen a rough cut of The Year and the Vineyard. Set against the Spanish Civil War, it’s not the simplest movie to explain. Burley has a deft touch regarding longing, love, friendship. In particular, as Loni attempts to recreate in the video below, his romanticized command of the English language is particularly formidable:

“It did not smell of war. The gunpowder had mixed with the dust of the world years ago, and it was long gone since the tears of the fallen had been dried by the sun.”

One of my favorite scenes involves the local priest. He’s attempting to piece together the mystery of the man who fell from the sky into a local vineyard. Is he an angel? A magical being? The priest consults with Saints for advice. Well, paintings of the Saints that is. What follows is a hilarious exchange between the actor and a set of static figures.

Big name stars are once again making their way to the Mill Valley Film Festival. Geoffrey Rush. Sean Penn. Will Forte. Bruce Dern. They’ve all been incredibly gracious, not only in supporting MVFF, but also in taking the time to spend time with Stark Insider TV. But, at the end of the day, seeking the up-and-comers is eternally gratifying. Those, like Jon Burley, who are selling lenses and bartering services to get his film up on to the big screen, truly inspire. Ground zero for creativity. And a huge risk taker. Thanks Jon for being such an enthusiastic guinea pig for our interview experiment. Most of all, my friend, keep creating.