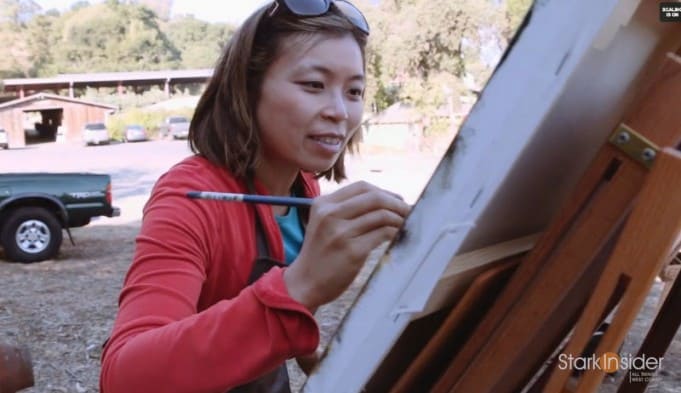 Here’s the challenge: you have just five hours to complete an oil painting.

Loni Stark gives it a shot in this special, pilot episode of a new “Artist Diaries” series reboot. Watch as Loni starts with a blank 20″x20″ canvas and attempts to paint a scene at Garrod-Cooper Winery in Saratoga, California. 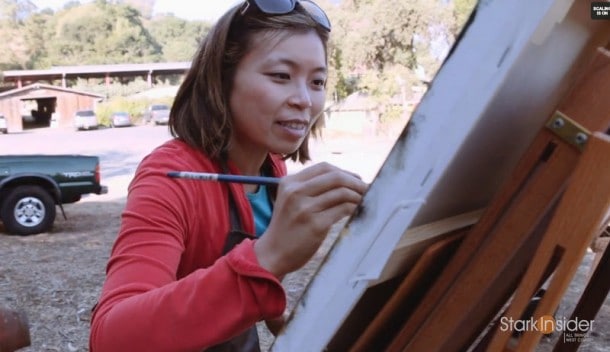 The plein air class was hosted by instructor Kristen Olsen who first gives a demo to the students. Then, they are off to the races. Imagination, paint, and vineyard inspiration are the only things standing between them and the final result.

In this episode, Loni once again elects to paint with oils. Here is the scene at the Cooper Garrod winery that she’s attempting to capture on canvas:

What on earth could go wrong?

Watch this “Vineyard Painting Challenge” episode of The Artist Diaries to find out.

Note for those wondering what on earth The Artist Diaries is: It was a video series shot from 2009-2011 at University Art in San Jose that documented the trials and tribulations of becoming a professional oil painter (episodes and updates). The classroom drama! Teacher and student disagreement over rombauer rouge! Half a duck head…?!