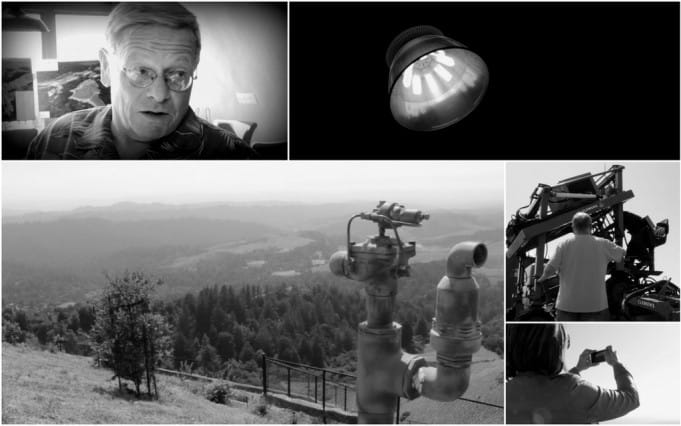 He’s been dubbed “The Perfectionist.” Spend even just a few minutes with T.J. Rodgers and it’s easy to see why. Wine-related information and factoids come at you in droves; a mathematical function for calculating root density, the effectiveness of his patented wine press, his custom harvest and siphon calculation. You best purge your brain to make room before entering conversation with the chemist turned semiconductor magnate turned winemaker. No doubt, perfection has been his calling card across all his wide-ranging, successful businesses.

Weeks later, sifting through my notes, and reviewing the interview footage, I was struck by something – but I couldn’t figure out exactly what. Regardless, there’s a couple of firsts for us on this particular shoot that I can recall. This was the first time that: I’ve seen an actual microchip attached to a wine bottle; someone has worn a Hawaiian print shirt for one of our interviews (judging by press photos this is a T.J. Rodgers signature); we’d film a discussion about “voodoo” (more about that in a moment). 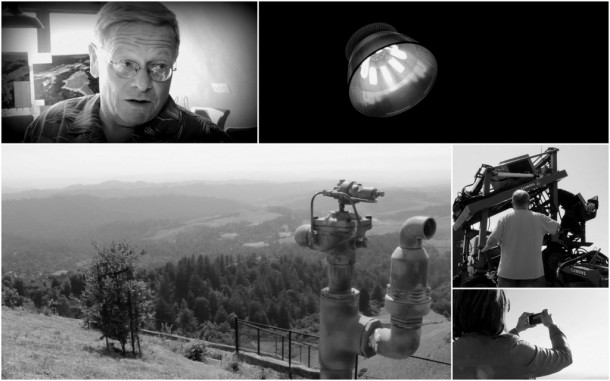 Over the summer Stark Insider was invited for a rare look at his winery, “Clos de la Tech” (see the “Pinots and Microchips” video segment below for highlights of the tour and his interview with Loni Stark). I say rare only because it’s not open to the public. Instead, a small tasting room located in Half Moon Bay serves at its connection with consumers. Rodgers still gets his share of press. Known to have an opinion or two, he’s given up the cross-country junkets to testify before Congress. Milton Friedman told him it was “a waste of time.”

“That kind of witchcraft and voodoo holds back true knowledge.” — T.J. Rodgers, on the controversial practice of biodynamic farming

Now, that energy appears to be focused–incredibly focused–on his wine venture. His goal, modestly enough: To make the best Pinot Noir on planet earth. Well, scratch that. He realized, after several years working his vineyards high up in the Santa Cruz Mountains, that DRC is perhaps too lofty a target. Instead, he would produce the best Pinot Noir in the new world.

“As much as we know about wine we know nothing.”

Like so many entrepreneurs here in Silicon Valley every idea needs to be a BIG idea. So forget about regular vineyards on a regular plot of Napa or Sonoma land. This is a wickedly challenging 160 acres featuring 35-degree sloped hills. To farm the land, he had to go to Germany. There he implored Clemens GmbH, an agricultural firm, to customize one of their tractors to accommodate his vineyard row spacing. They said no. That is a word that doesn’t go over too well with Rodgers. It would almost be like telling Larry Ellison that he can’t land his private jet at SJC after curfew. After several meetings, and I’m sure at least a few glasses of wine–possibly Domaine de la Romanée, but more likely Riesling–a deal was struck. The green monster you see in this video means workers no longer need to manually rappel down the sides of the vineyards.

Before all that he had to buy some land.

Rogers toyed with wine when he planted an acre at his Woodside home (“Domaine du Docteur Rodgers”). Then he made wine mostly for his “CEO buddies.” But, once again, there was that BIG vision. So in 2000 he offered the owner of this plot of land, which is almost directly across from Thomas Fogarty along Skyline Boulevard. He said “how about $800,000?” She said yes. The deal for the 160 acres was done. And he “mailed” her the money.

“As much as we know about wine we know nothing.”

This is a man 100% grounded by science.  Four years ago when he doubled down on his wine hobby (he’ll call it a hobby until it hits 8 figures), he re-read one of his chemistry textbooks. It was this thick, he said, indicating with his fingers what looked to about about three stacked porterhouses worth of heft.

When it comes to the idea of Biodynamic farming, you can pretty much guess his position.

“A lack of science can hurt art,” he says. “There are people in the world that actually believe that if you take manure, put it in a cow horn, and bury it facing north and south, and put it inside of an unpainted building, and then make a “T” out of the manure, then you can do better farming. That kind of witchcraft and voodoo holds back true knowledge.”

One word: concentrated. These are rich, no-holds-barred Pinots. Inky, deep, enamel busters. They are also extremely delicious. Light sippers they are not. It’s not everyday that I taste wines across the table from a billionaire winemaker. Despite his reputation, I found him exceptionally eager to hear from the press assembled on the expansive deck. “What are you getting? Blackberry? How’s the finish? What do you think?” 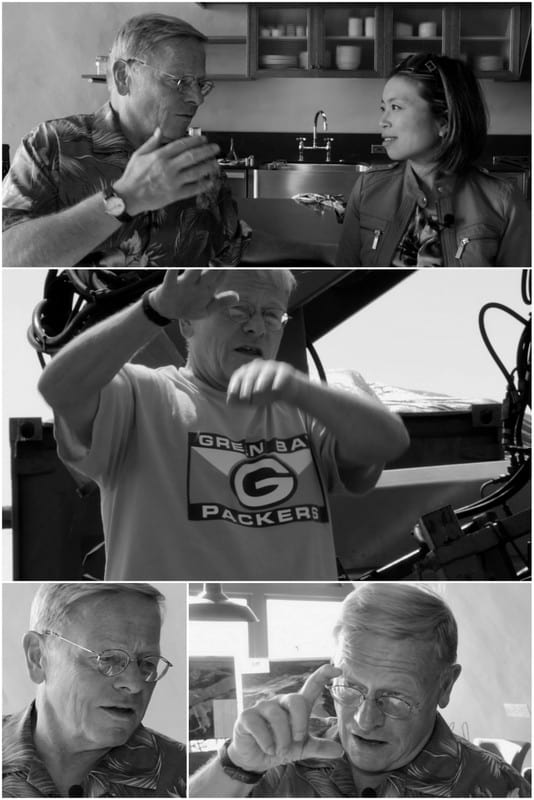 Thinking back to that day, again, there was something about T.J. Rodgers that I couldn’t quite put a finger on. What was it? The still unsolved mystery was killing me.

The label of course has a story. “It’s an amalgam of my seven favorite Burgundian labels,” he tells us at a tasting with a pre-talk about family history that featured large portraits and biographies. When Brits order the wine, they ask him not to include the microchip.

At one point during the tasting a small Cessna flew past. Man, I thought, it’s dangerously low! Tim McGarr, who presided over the tasting, and acts a personal sommelier of sorts to Rodgers, corrected me. The plane wasn’t low. We were just that high up, some 2,000-3,000 feet.

At the end of the day, my mind was buzzing. There was so much information to be processed. Boundless energy and tireless passion are two characteristics of many of the valley’s top guns. Rodgers personifies them – if there was no such thing as a schedule I’m quite certain he could’ve talked wine and winemaking non-stop for the next five days.

Finally! As we put the finishing pieces on the video–reviewing about 90 minutes of footage shot during the sit down interview (see below) and during the fast-paced, and incredibly informative tour, I figured out what had previously been stumping me about TJ Rodgers. Not once–not for half a second–on any of the SI footage or photos did I see T.J. Rodgers crack (or come close to cracking) a smile. That would be another first for us. Perhaps I can surmise that this is a man so driven, so laser focused, that his brain is moving a million miles an hour. And he won’t stop, ever.

I wonder what wine’s traditional guard located a few hours north think about this “brash” guy buying his way into wine. Then again, this is not the first time (nor the last) that a successful Silicon Valley entrepreneur would take to stomping grapes.

Next time, though, I’m going to politely suggest that he wear a San Francisco 49ers t-shirt.

1:53 On yield vs. commercial vineyard, and wine concentration

4:35 On politics and testifying on Capitol Hill