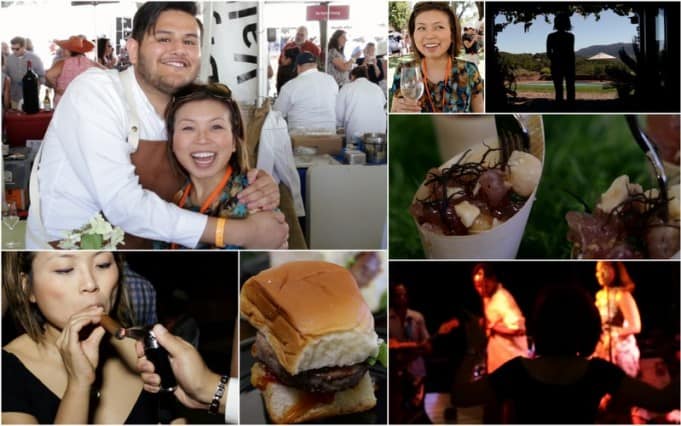 We almost burned to a crisp in the blazing Sonoma sun over the weekend, but somehow–despite the fact that Microsoft bought Nokia–we managed to survive. Then again, how can one complain when some of Sonoma’s best wineries were pouring their top shelf stuff? Add to that the fact that over 60 chefs served up some pretty amazing gourmet dishes and you have a recipe for something above average. Well above average.

Team Stark was on location for the annual “Sonoma Wine Country Weekend” which is anchored by a harvest auction which took place this year, once again, on Sunday. As you might already know if you follow the headlines, this year the event raised $1.4 million for local charities; a record amount, and, hopefully, a harbinger for the industry.

There was (of course) much tomfoolery to be had, with full grown adults, including your humble narrators, willfully playing the part. So we bring you this Stark Insider TV highlight reel, which includes some of our “best” clips from the Sonoma Wine Country Weekend.

Appearing in this video, in no particular order: Wine patriarch and new mother to twins Gina Gallo, winery owner and poker goddess Kate MacMurray whose father Fred MacMurray starred in TV (My Three Sons) and film (Double Indemnity), Robert and PJ Rex of Deerfield Ranch Winery (including an inside peek at their famous 1974 Alfa Romeo). Plus scenes from Francis Ford Coppola’s opening night gala, some cigar and dancing action, and more over-the-top video editing that you could shake a Canon 70D at.

And, for the record, no we did not pay the exuberant Ozzie of Moustache Bakery in Healdsburg for his ringing endorsement of SI. But, hey, perhaps there’s a lesson here on how to make you way onto the pages of The Huffington Post. Either that or an Alec Baldwin-sized cautionary tale. Best watch the video and be the judge of what this all means.

As for the best dish at this year’s SWCW, I’m going with Partake’s lamb burger (“Sonoma 4H!”). It was astonishingly good. Look up sin. This is how it tastes in your mouth. Or something like that.