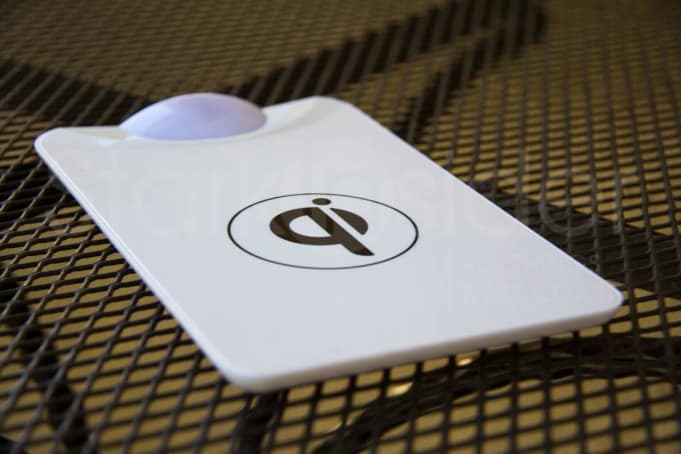 3.5 out of 5 stars - 'Sweet Stuff'
By MobileFun
Price: $38
PROS
+
Fast charging. Sweet spot to establish connection with device is large.
CONS
–
Not the prettiest thing in the world. Charging indicator is large, can distract at bedside.
VERDICT:
"Sweet Stuff"
Drop and charge! Works as advertised. A great price for a basic Qi charger. My Nexus juices up on it in the office everyday.
Review by Clinton Stark 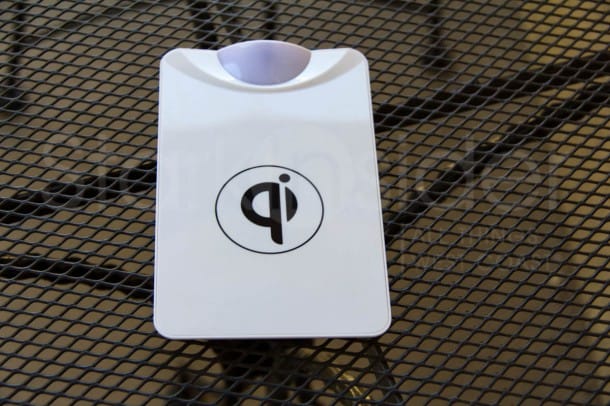 I really, really don’t like wires. They make a mess, and despite marketing spiels, always tangle. Adventuring behind my home theater cabinet is a flashlight-toting exercise in the unknown. Meanwhile our kitchen island has become a jambalaya of chargers for various mobile devices. Yes, kids, it’s a jungle out there!

So, anything to reduce the clutter is welcome.

Enter Qi. It allows for wireless charging of phones and tablets that support the standard (for many that don’t a cover can typically be purchased to add the functionality). The promise is enticing: you simply place your device on a pad, and, presto, it magically begins charging. Gone is the hassle of plugging in a cable. As I’ve discovered it can come in particularly handy in places, such as an office, where you are constantly coming and going.

MobileFun sent Team Stark one of their wireless charging plates and I gave it a whirl.

Overall the pad works as advertised. The white tester we received measures about 7- by 4.25-inches. That’s quite a bit larger than my Nexus 4. The upside: as my appetite for larger screens grows I won’t need to replace it. Also, many competitive pads challenge users to find the sweet spot when trying to establish a connection. Not so here – every time I dropped my phone onto the (plasticky) pad the handshake was almost instantaneous.

An orb up top glows gently indicating a connection with the device is active, and charging is underway – when fully charged, it shuts off: 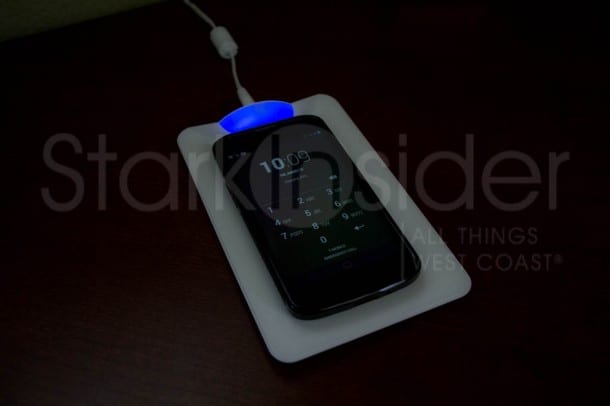 I would prefer the light be less intrusive. For nightstand use, it could be a bit of a distraction for those who embrace the darkness.

One nice surprise: this thing charges fast! I’ve gone from 50-100% in less than an hour on several occasions which is much better than my standard in-wall micro-USB charger.

Also nifty, I did not need to remove  (thin TPU) case I use to protect the ever-so-fragile Nexus’ glass back.

Now, truth be told, this Qi charger, like any other, doesn’t completely eliminate cables. Obviously, there’s an AC adapter needed. Still it’s a convenient solution. I use it in the office and love that it keeps my Nexus 4 (with its abysmal battery life) charging when not in use. BTW, quick tip: in combo with the clever, new ActiveNotifications Android app, you can enjoy notifications without having to unlock the phone – very much like the new Moto X.

For $38, this is a great deal for a Qi pad. It’s not the most stylish. For those who value aesthetics I’d recommend the colorful and more compact Nokia DT-900. 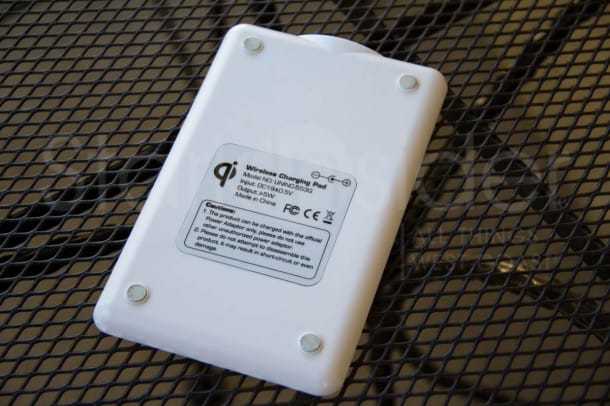 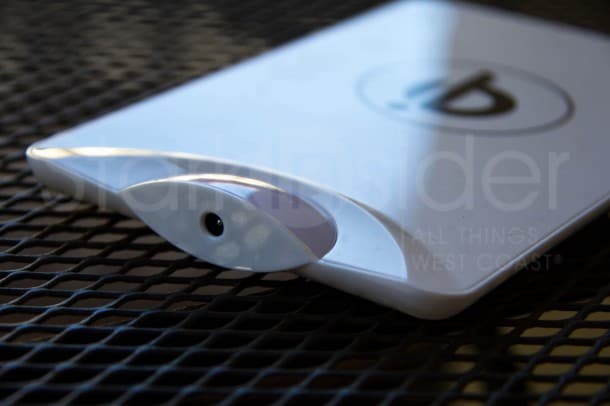 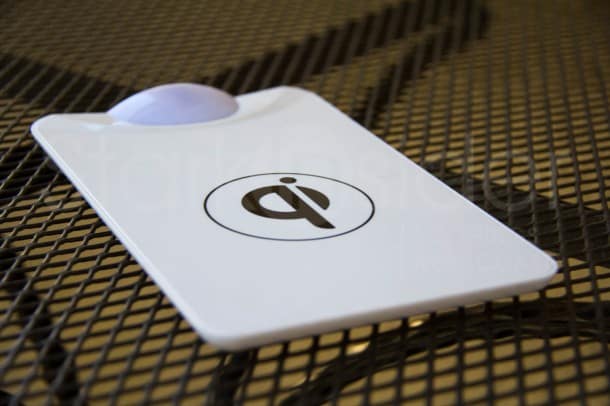