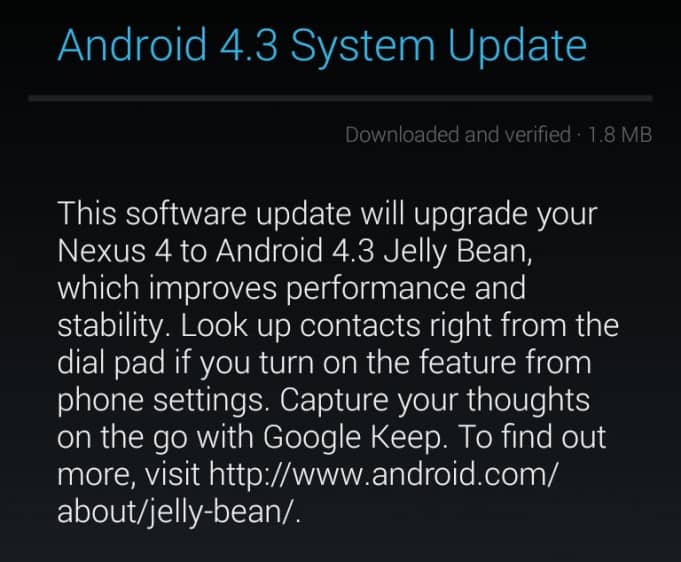 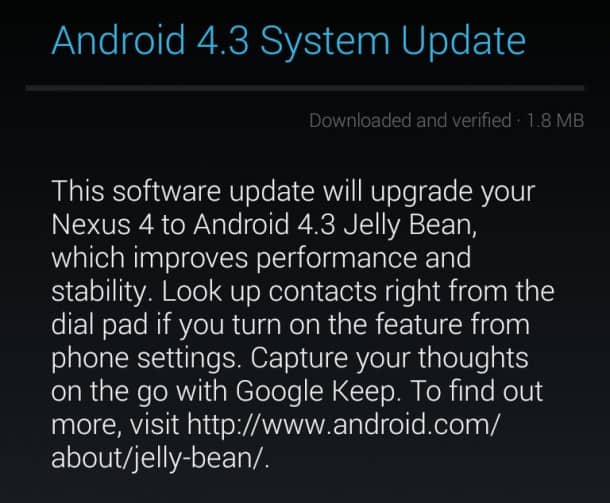 Odd, I thought, at least at first.

My Nexus 4 notified me today of a system update – always a good thing in my books.

Turns out it’s related to the “build” of Android, and not a change to the actual version.

If you look closely under the “About” section of the settings menu, you’ll note the updated build. My Nexus 4, running on T-Mobile, went from JWR66V to JWR66Y.

Much ado about nothing

So far as I can tell, it’s simply bug and security fixes. No. New. Features. Shoot!

If you’re on T-Mobile you’ve either already got the update notice, or should see it soon – it was announced last night.

But we know what this already really about… 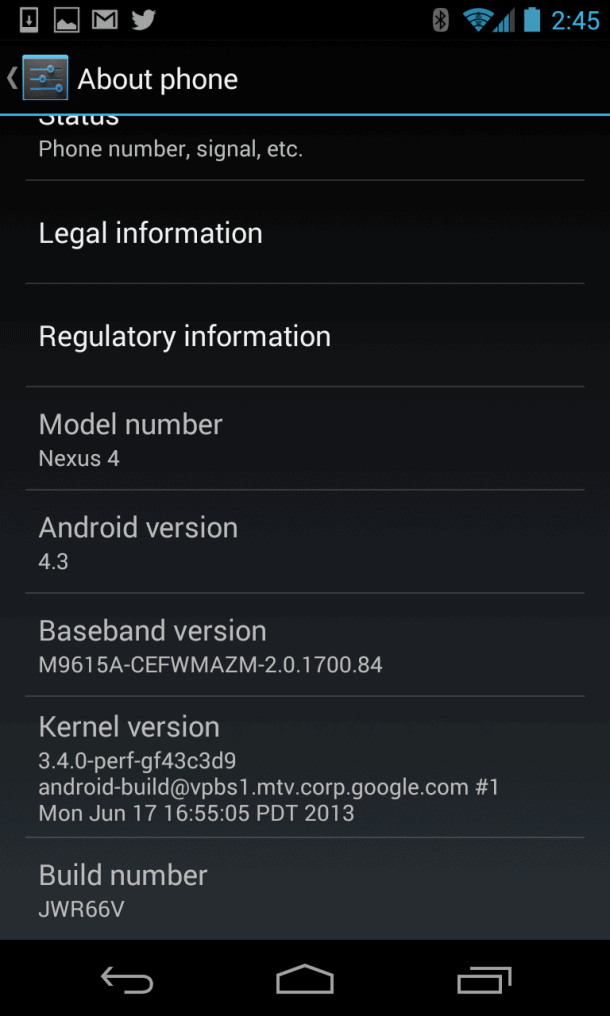 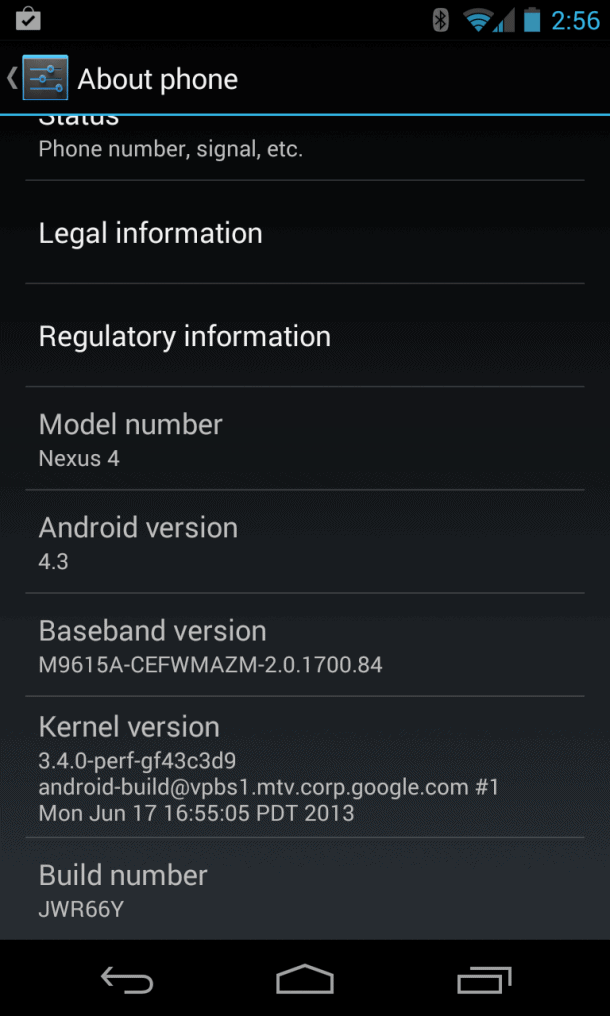