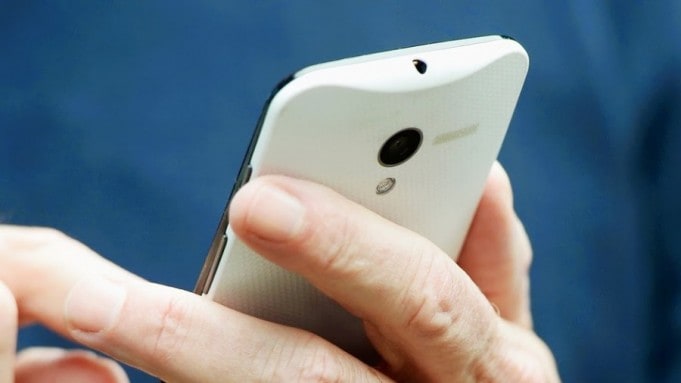 Moto X will make its grand entrance this week. Most are referring to the new Android smartphone as a mid-range offering. Based on the specs–1.7Ghz dual core processor, 2GB RAM, 4.5-inch display  2,200mAh battery–that assessment feels about right. Wraparound glass dubbed “Magic Glass” providing for a gapless design will certainly draw plenty of oohs-and-ahhs and macro shots across the tech blogosphere.

But what I think X is really all about is a friendly face. A more approachable Android. As I wrote back in January when contemplating the various options available to Google related to accommodating the X brand into a portfolio that already includes the well recognized Nexus moniker, I wrote:

“X enters the fray and becomes Google’s answer to Samsung’s Galaxy line; a mainstream, volume play. And that means carrier ubiquity. X must surely embrace LTE and be available on Verizon, as well as AT&T, Sprint, T-Mobile.”

This is still exactly what I think will happen.

Years past Android has clearly been targeted at those of us who prefer power of ease-of-use. Those of us who like to root ‘n rom.

Samsung, with its wildly successful Galaxy S3 in 2012, provided there was a mass market of potential Android buyers who just needed to a non spec-based marketing campaign to tell them why, in plain English, Android was as good as or better than the iPhone. It worked. Millions chose the S3 over an iPhone. Already on a rapid growth trajectory, Google’s Android platform became a mega monster.

There’s Nexus for the bleeding edge tech set, who want (need I tell you!) OS updates right now. Unlocked , carrier-free and priced low, these Nexus devices (the most recent being the Nexus 4 made by LG) are a screaming bargain,

Then there’s the Google Edition lineup of phones. Currently featuring the Galaxy S4 and HTC One, these are the phones that get annual marketing pushes. They’re immediately recognizable by most consumers researching the field of options. On my trip up to Canada this week, my Dad already had a short-list of potential upgrades: iPhone or HTC One or Galaxy S4.

If we have Nexus for the tech niche. GE for the flagship market. X should then slot in nicely in the mid-market. Based on the specs that seems to be the case. Toss in some personalization options based on color, and you have a device that is clearly aiming for human emotion.

Above all, though, I think Google is attempting to put a friendly face on Android. I expect the unveiling to be accompanied by emotion-based marketing techniques — videos, smiling kids, feel-good music. Happy Karma for all!

I’m still holding out for the Nexus 5 (and it better be made, please, by some one other than LG… HTC would make my day), but am intrigued by the X story Google has been cooking up for the last year.