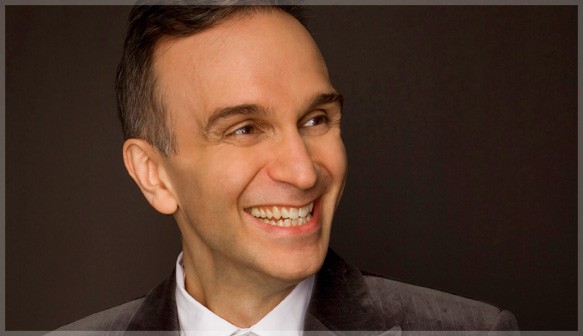 This May brought the centennial of the Paris premiere of Stravinsky’s Rites of Spring at the Théâtre des Champs-Élysées. Stravinsky occupies a strange place for us – not just because he’s Stravinsky, but because the great span of his life makes him so unnervingly contemporary. While some of his works predate both world wars, others were written in the late 1960’s. This sense of straddling worlds was evident in the all-Stravinsky program currently at the San Francisco Symphony, which included the Rites of Spring (1913) and Agon, written in 1957, dedicated to George Balanchine and Lincoln Kirstein.

Despite the centennial performance of the Rites of Spring, the evening belonged to Gil Shaham, who performed Stravinsky’s Violin Concerto on his 1699 “Countess Polignac” Stradivarius violin. Shaham’s the type of performer who can make you fall in love with works you’ve heard dozens of times, and this performance, which brought out elements that aren’t immediately evident in even good recordings of this piece, was no exception. Shaham’s irrepressible enthusiasm highlighted the madcap Toccata movement – and the closing Capriccio, the opening runs of which were irresistible before he powered through with delightful playful panache. Sandwiched between these two movements were two violins arias, played with an exquisite dignity and pathos.

Shaham’s performance was preceded by the ballet Agon. MTT remarked from the stage that this piece included snippets from a Monday night series of performances in Los Angeles which included everything from Gesualdo (the same Prince of Darkness brought to us recently by Opera Parallèle) to more modern composers, run through the “cuisinart of Stravinsky’s mind.” This piece was less satisfactory of the two, although I suspect it would have been more enjoyable if I had a better sense what works the various snippets were derived from. This was not a big symphonic piece, as it morphed between smalll groups of musicians.  While the excellence of individual parts was decidedly attention-getting, I found myself drifting through various sections, which seemed uncomfortably disjoint.

The evening ended with the Rite of Spring. Every ballet and symphony is doing this piece this season, which is an excellent thing, since Stravinsky seems to be the one thing everyone agrees on. Of major companies, the Bolshoi, whose artistic director Sergei Filin was viciously attacked by a disgruntled dancer earlier this year, is one of the few taking a pass on this work.

The San Francisco Symphony has a close relation to the Rites. Conductor Pierre Monteux conducted the Paris premiere – and later conducted the first SF Symphony performance of the work in 1939. The SF’s Symphony’s most recent 2010 an intense, nerve sheering experience that highlighted the rawness of the music.  The current performance may have seemed a wee touch tamer, but also more unified and tighter. The brilliancy of orchestra color, layering of different rhythms, and dissonances are all at hand.

This piece was singled out in one of the SF Symphony’s “music that changed the world” series some time back. Stanford lecturer Eric Ulman noted how this particular piece changed how we think about music, noting that listening requires intellectual mobility.  We accept that we will be bewildered – and that such bewilderment is not fatal to our experience.

This centennial concert is a once-in-a-lifetime event that runs through Saturday, June 22nd.