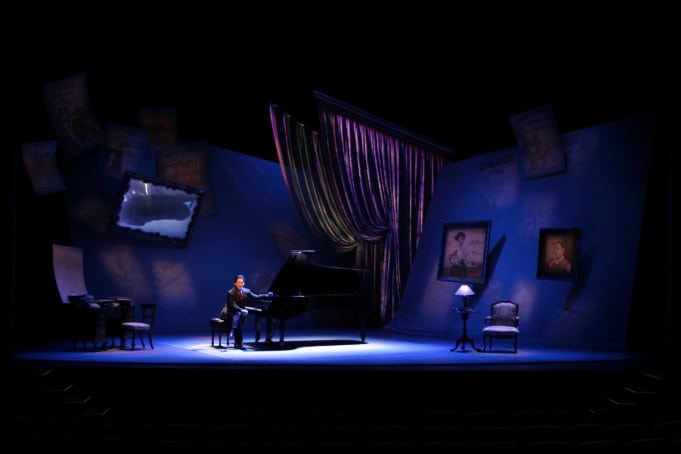 When I got home from George Gershwin Alone, I spent the next 24 hours combing through YouTube clips of playwright, actor, and pianist Hershey Felder. Felder has spent the past 14 years bringing this work to New York, London, Ravinia, South Korea, and almost everywhere else except, until now, the Bay Area. Felder  noted that this Berkeley show was roughly the 3,000th performance of this material – and suggested that it was soon to be retired. This deadline makes it urgent to catch this show now.

George Gershwin Alone is part of what Felder refers to as his “sonata.” Just as a sonata is made up of three movements and (occasionally) a coda, Felder’s sonata is composed of three different shows – Beethoven as I Knew Him, Monsieur Chopin, and George Gershwin Alone, with Maestro: The Art of Leonard Bernstein added, as a coda.

The third movement of sonatas tends to be upbeat, social and joyous – corresponding perfectly with the music George Gershwin. Felder presents a bio-pic of Gershwin’s 38 year, weaving narrative, with his virtuosic powerful piano playing.

Born on the lower east side, Gershwin grew up in the age of great Yiddish theatre. Like Copland, he was the foreigner who created American music, mirroring us back to ourselves.

Felder trotted out one biographical gem after another, often referencing Felder’s father, a Russian Jew émigré, who renamed “Rhapsody in Blue” as “Rhapsody for Jews,” and sang “fashions in the river” instead of  “Fascinating Rhythm.” He repeatedly returns to the inevitable comparison between Irving Berlin and Gershwin, nothing that not only did Gershwin’s mother dog him with the “why can’t you be more like Irving Berlin?” but Berlin himself jabbed that Gershwin was the “first American songwriter that turned into a composer.” 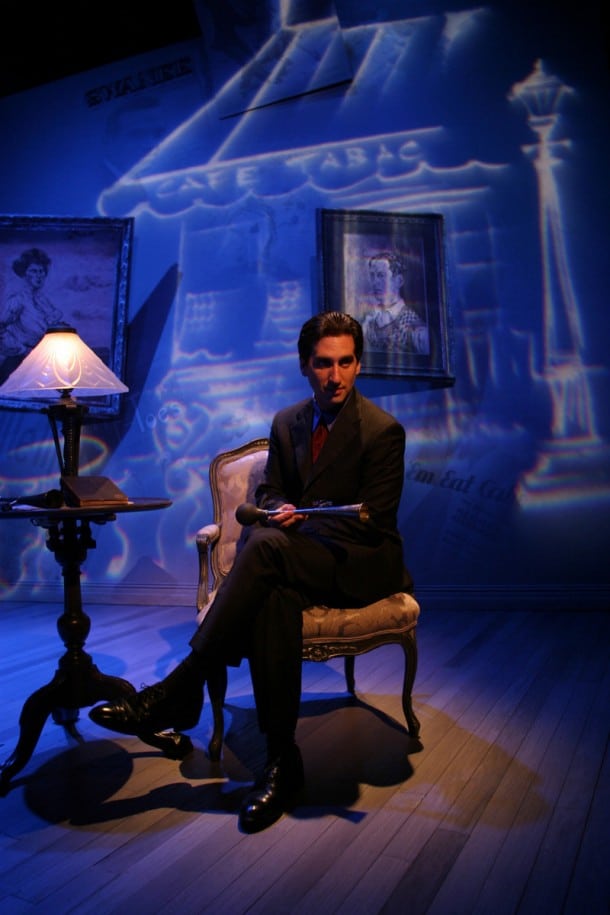 While most of the evening was devoted to Gershwin’s life and stories about his music, Felder didn’t avoid the analytical, as he opened doors to key changes, musical structure, and how Ira Gershwin insisted that the lyrics be echoed in the music itself.

One of the best parts of the evening was being in an entire audience that so cared so darn much about this music. After the show, everyone lingered for a half hour of so, singing “Summertime,” “I Got Rhythm,” and a half dozen others. Outside of summer camps and nursing homes, there’s almost no place for this type of social singing, which makes evenings like the all the more treasured.

George Gershwin Alone will be at the Berkeley Rep until June 23rd.