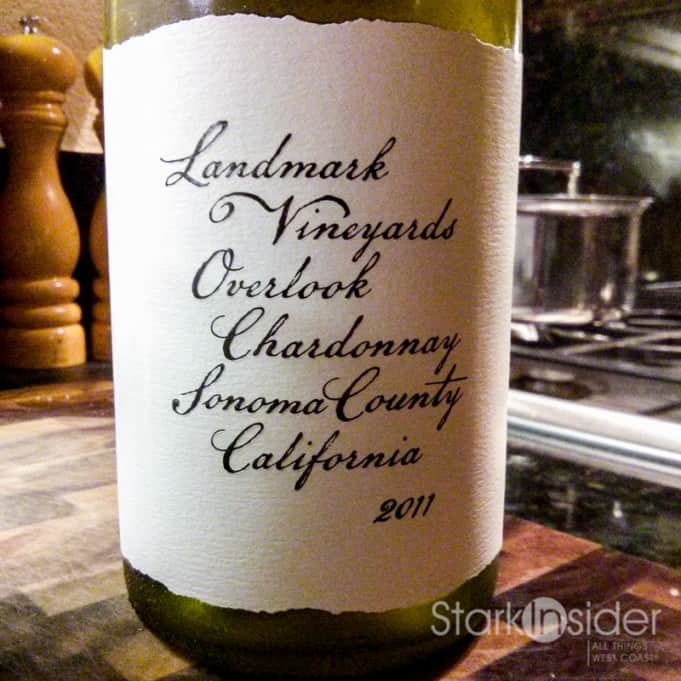 Who said hand-calligraphy is dead?

Chardonnay Spring continues. Landmark Vineyards (est. 1974) winemaker Greg Stach’s has a winner on his hands in this Sonoma gem.

His goal was to make a “reserve style” Chardonnay that is an “exceptional value.”

Best of all, there’s no blood filled elevators in sight. Kubrick and The Overlook. There’s another combo that gets the job done in style.

I’ll drink to that.