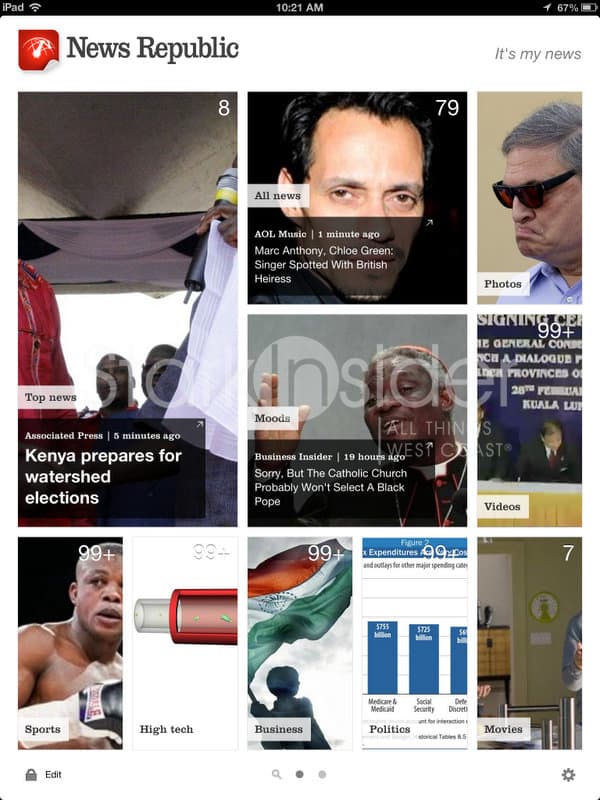 News Republic 3.0 is here, and I gave it a spin on an Apple iPad 3 (as seen in photos) and also a Samsung Galaxy Tab 10.1 Android tablet.

Well-designed and fast, this news and discovery app has always been one of my favorites. Whereas I’ve always thought of Flipboard as a full-on magazine-like experience, and News Republic as a pretty RSS newsreader of sorts, this latest release blur the lines. News Republic is, all of a sudden, far sexier.

With 3.0, the reading experience is now optimized for all three tablet platforms — iPad, Android, Windows 8. More than 10,000 full-length articles (there’s no need to click a link and jump into a browser to see the whole story) are made available each day from sources such as HuffPo, TechCrunch, AP, and, yes, Stark Insider too.

Customizing the home screen is straightforward and works as expected. Touch the Edit button in the lower left and you can shift panels around. A topic navigator (swipe right to access) makes it easy to add or delete topics from your home page. All I had to do, for instance, was touch “MWC 2013” and a check mark appeared to confirm the addition. Because it uses the full screen I found managing topics easier on News Republic, whereas Flipboard forces me to awkwardly work up and down a narrow strip on the right. Still, Flipboard still wins when it comes to shear depth of content.

News Republic is, all of a sudden, far sexier.

I particularly appreciate the way content is presented. The design is clean and simple (aside from an ad banner running atop), and, with 3.0, prettier. Swiping left and right takes you through articles. This update appears to bring swifter performance too – stories load almost instantly.

Gone is the Helvetica font, replaced with an easier-to-read, modern serif font that’s easy on the eyes.

Sharing works as expected with a button that enables you to sent links to Twitter, Facebook, messaging or email. You can save stories to read later, though unfortunately there’s no integration with apps like Pocket (Read-it-Later), or Instapaper.

Users outside the U.S. will appreciate the available international feeds which include France, Italy, Spain, Germany as well as International English, and International Spanish.

Similar to other news discovery apps like Pulse, you can create an account and News Republic will sync homescreen topics across devices, even between iOS and Android smartphones and tablets.

One gap in functionality is the inability to add RSS feeds. I couldn’t find a way to add feeds from various blogs I read. That would be handy, and if the developers add the feature, I might not even need to open Google Reader every day. 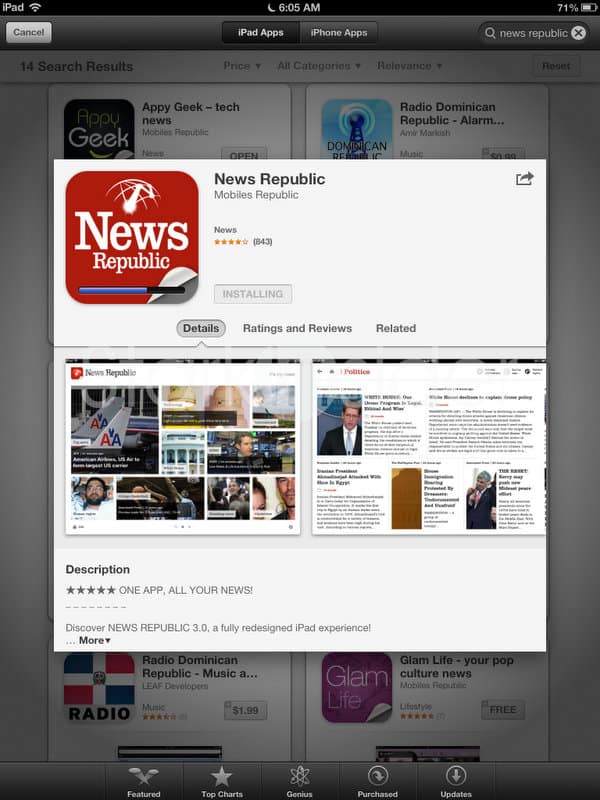 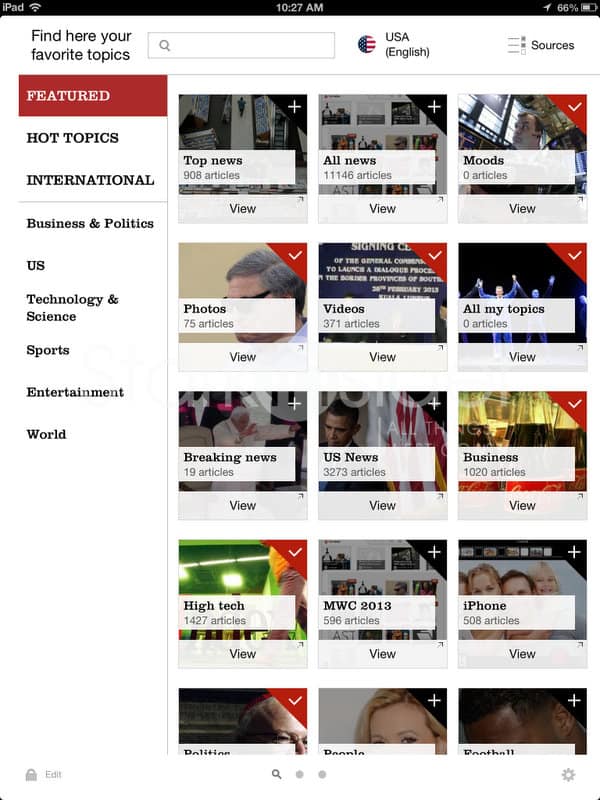 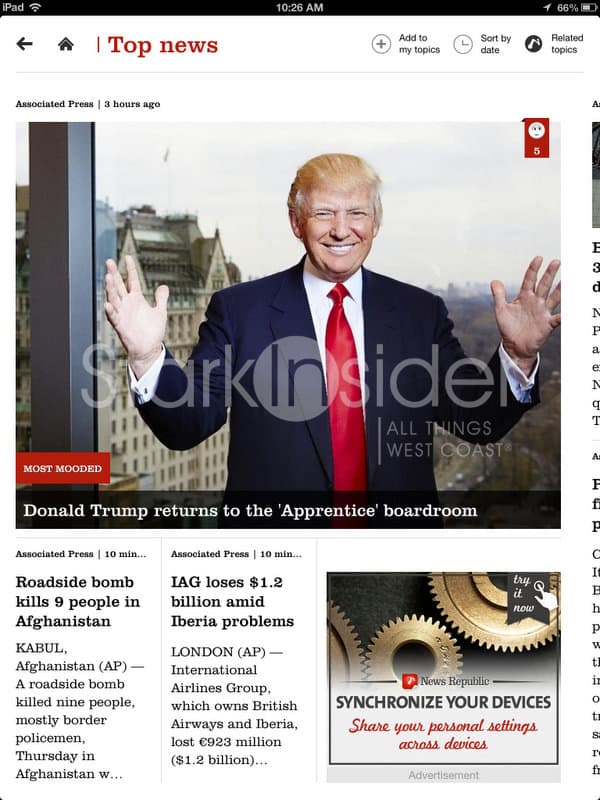 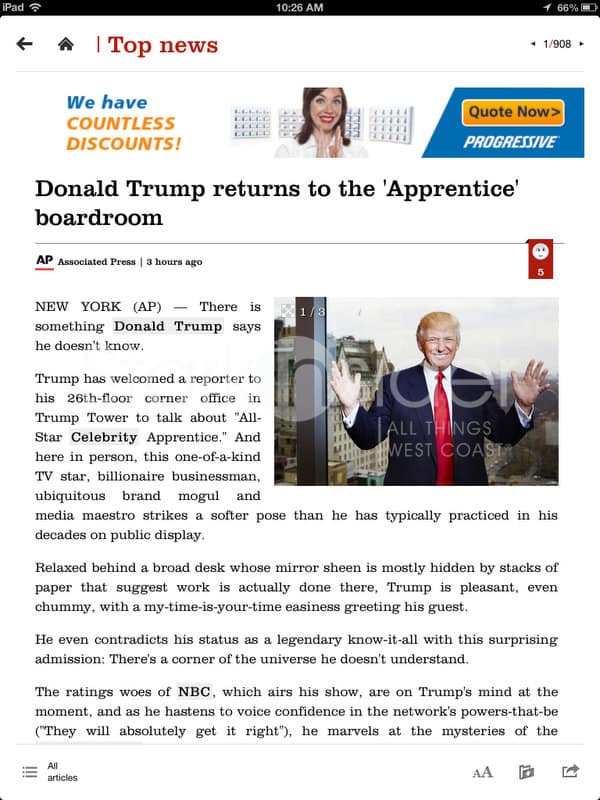