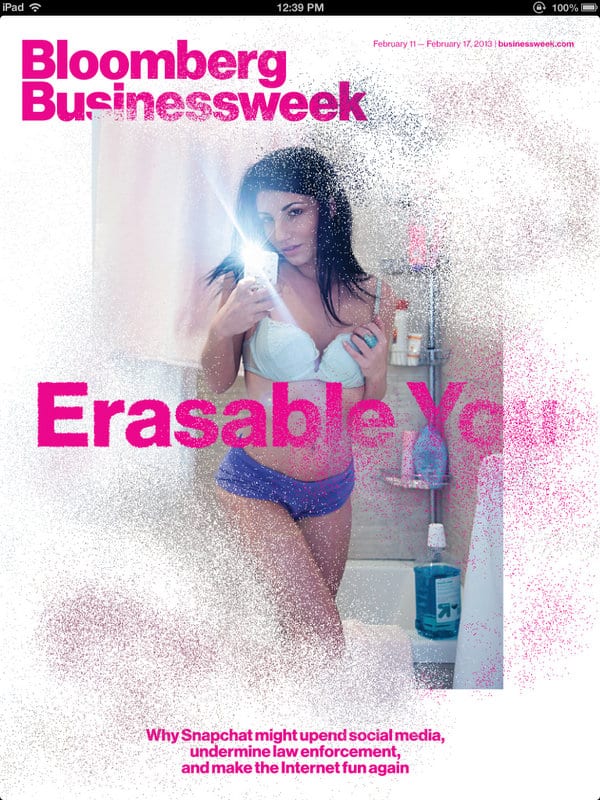 Okay, I’m not so sure Businessweek was ever necessarily “cool,” but if you’ve had a chance to check out the app for the Apple iPad you may be surprised to discover this is far from the button-up version of the mag from yesteryear.

I don’t read a lot of digital magazines, though I do enjoy Car & Driver, Vanity Fair and the New Yorker (via the handy, Netflix-like Next Issue monthly service), and so it was only during this trip to Loreto, Baja that I had a chance to appreciate what Bloomberg has done with its iconic Businessweek brand and magazine.

In the 80s I used to subscribe to the big 3 bizmags: Forbes, Fortune, and Businessweek. I think it stoked my inner Alex P. Keaton. Look at me, as I walked the halls of Carleton University, I am reading serious magazines and trading puts and calls! I would quickly learn doing shots of peach snapps from a test tube was a far more interesting way to pass the time.

On an Alaska flight from LAX to LTO a few days ago, I spent some quality time flipping through the virtual pages of the latest issue “Erasable You.”

The first thing I noticed was the cover.

This is a cover that would never run in the 1980s, or possibly even the 1990s; it’s a loose bra strap away from becoming the province of Playboy. Featuring a scantily clad woman in a bathroom taking a self-photo, the cover is just as provocative as the lead story about Snapchat, a photo-sharing app with self-destructing pictures, which author Flexis Gillette says isn’t just a better way to flirt, “it’s about taking control of your digital self.”

But beyond just that lead story, the editorial staff of BW have done a marvelous job of keeping its identity fresh, yet staying true to the formula that made it a staple of the publishing industry since first hitting newsstands in 1929.

I particularly like the opening video of each issue (“Highlights”) that features a brief conversation between Editor Josh Tyrangiel (is that shirt not tucked in?!) and various guests including creative director Richard Turley about not only the issue’s content, but also the thought process that went into the cover and its design. It’s interesting because it reveals the importance of editorial decisions; that they are painstakingly crafted, with lots of input, and after several missteps.

The iPad and Bloomber Businessweek: two reasons why traveling can be (somewhat) less of a hassle. Is BW cool again? I think so.