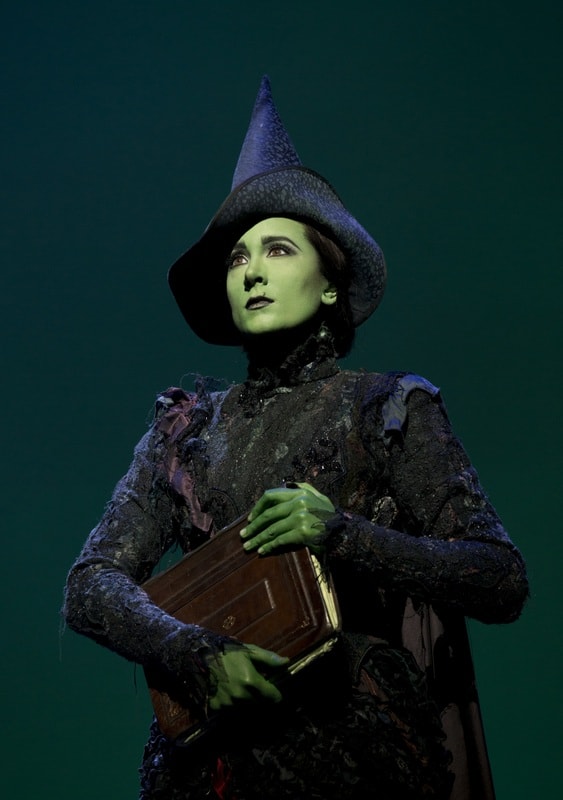 5 out of 5 stars - 'Outstanding - Starkie!'
SHN Orpheum
Book: Winnie Holzman
Music and Lyrics: Stephen Schwartz
Based on the novel by Gregory Maguire
Through Feb. 13, 2013
Review by Clinton Stark

Wicked is in town and the return to Emerald City is as entertaining and epic as ever. Boy is it ever. Dee Roscioli as everyone’s favorite wicked witch of the west Elphaba delivers such a stunning performance it sent chills down my spine. Can she belt out a song or what? And that famous cackle? Absolute perfection.

At two-and-a-half hours long, there’s plenty of time to get to know the witches’ back-stories. Based on the book of the same name, Wicked, as most of the world knows by now, is a prequel to the iconic film The Wizard of Oz, adding depth to our favorite two witches and bringing new-found perspective to the events that lead up to the liberation of Oz.

This is, of course, the touring production (the first National one). But there’s nothing Broadway Lite about the show that features massive set pieces, lush orchestration, and delightful choreography. Several of the actors are veterans of the New York version, including Roscioli who brings the house down as Elphaba, and Tom McGowan as The Wizard.

On the evening I attended (Jan 24) Glinda was played by understudy Cassie Okenka (who, coincidently, has also played Dorothy in The Wizard of Oz). Her performance sparkles. Okenka finds just the right amount of lovable ditziness in the role (“The artichoke is steamed!”), insisting early her name be pronounced “Go-linda,” and winning us over for good with her outstanding rendition of “Popular.”

Dee Roscioli pushes this production to eleven. When she’s “Defying Gavity” at the end of the first act, floating to the rafters of the Orpheum, the pure power of her voice astonishes.

Love interest Fiyero is a chiseled Prince straight out of a Disney flick. Sleeping by day, and saving Emerald City by night is his thing. Clifton Hall’s portrayal dazzles his suitors with a dash of swagger, hunky sex appeal and just the right amount of vulnerability.

ALSO: A WICKED Flashback from Broadway by Loni Kao Stark

Dee Roscioli pushes this production to eleven. When she’s “Defying Gavity” at the end of the first act, floating to the rafters of the Orpheum, the pure power of her voice astonishes. No doubt, jaws were on the floor – I can’t recall a singing performance in a musical quite as remarkable as this one.

Clifton Davis anchors the classroom scenes with aplomb as the history teacher that just wants to do his job. The theme of acceptance resonates well in this town.

Rounding out the top tier staging are handsome costumes (check out the flying monkeys), crazy-good lighting that mesmerizes with its expanse and density (“March of the Witch Hunters”), and an orchestra with substantial punch (ten San Francisco-based musicians join the travelling orchestra).

In terms of set design I’m particularly fond of the work the crew did with the massive, mechanical wizard head. Its eyes light up and the voice (from the “man behind the curtain”!) positively booms. The entire theater shakes. Ominous indeed.

After the show, I didn’t find myself humming any of the songs as I headed to Market Street. If there’s one weakness in the material, it’s the decidedly non-catchiness of the tunes. They’re far from what you’d find in something like Phantom. Then again, maybe that’s a good thing.

This is entertainment in its purest form. It simply doesn’t get any better. Did I mention that I thought this show was pretty decent?

Sure, we can’t all come and go in a bubble, but it’s good to know we can at least enjoy another legendary performance of Wicked. 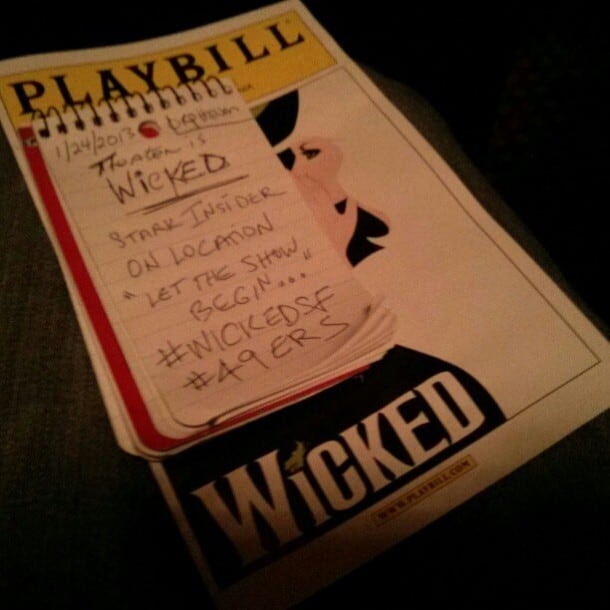 Dee Roscioli holds the distinction of having played Elphaba in more performances than any other actress.

In Wicked we learn how the Tin Man, Scarecrow and Lion come to be.