I was actually in New York when Wicked debuted several years ago. I had wanted to see it, however, the initial reviews of Wicked were tepid at best so I decided to see another Broadway musical. It was only several weeks after my return to California was there a flurry of reviews that led it to be deemed, “The Best Musical of the Year” by Time Magazine and winner of three Tony Awards.

Alas, I missed seeing it in New York so I opted for the next best thing. I ended up reading the novel that the musical was based on.

Fast forward, three years later. This past week I was swinging into LA this past Monday for the Adobe on AIR Bus Tour to see first-hand the reactions of developers and where their heads were at in terms of applications for the Adobe Integrated Runtime (AIR, code name: Apollo). I was free Tuesday night before I headed out to Denver for another engagement, so I thought it would be a great evening to see a show. I was very excited to find out that the Pantages was performing Wicked. I got the best seat that was still available one week prior which was hardly shabby – 10 rows back, center section. If you’re going to ask yourself out on a date to watch something for 3 hours, it is well worth it to get the best seats you can fully enjoy the experience.

On the night of the event, I taxied in from downtown LA and stepped out onto the Hollywood Walk of Fame. As I entered the Pantages to pick up my Will Call ticket, I glanced over at the star to the right of the Pantages where an excited girl was hovering for a camera shot, noting it was the star of Andrew Lloyd Webber. 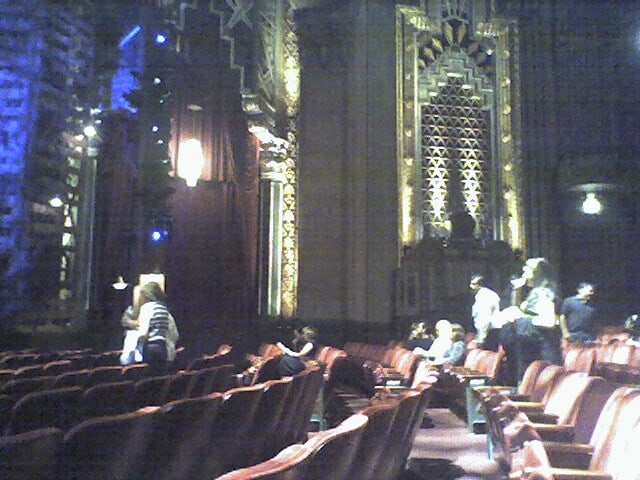 At 8 pm the dragon at the top of the stage roared and the flying monkeys emerged announcing the grand start to this wonderful musical. For those that have read the “Wizard of Oz” – this musical, like the novel Wicked, is nothing like the yellow brick odyssey created by Victor Fleming. Instead, it transports us back to tell of the time before Dorothy. Making the Wicked Witch as one of the central characters, the musical asks the profound question of whether wickedness is born or made.

The musical had really strong female leads – acting, singing and dancing was excellent. Like any play or movie adaptation of a novel, there was a necessity to simplify the storyline. However, the musical was still able to portray to a great extent the complexity of characters so that good and evil were not mutually exclusive. This is important in a musical that examines the root of wickedness, the nature of truth and the ability of the human condition to adapt and change. The musical also makes some strong 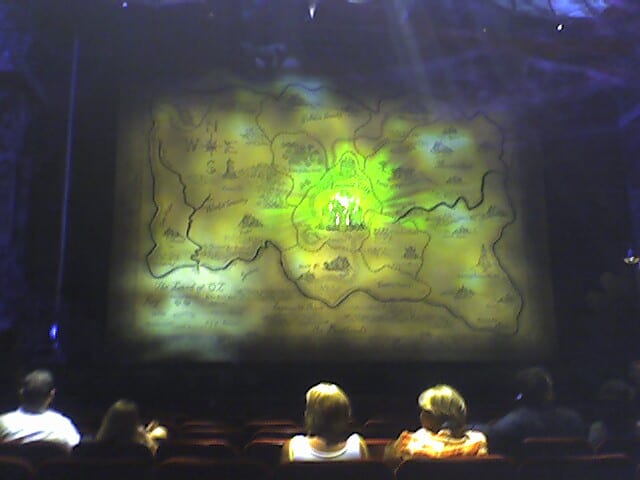 statements about the subjectivity and power of the media as well as the difficulty in balancing diversity of opinion while still instilling societal harmony. Being a musical, there were moments I felt that the play was hammering these points in a little too much, but I can understand as being subtle could lead to misunderstandings and thus, box office challenges. For those with children, this is a fantastic musical to see as well.

Even if you miss all the more profound messages in the musical, there is plenty of eye candy to keep you busy from the oh so gorgeous Glinda to the incredible special effects and rich stage sets.

For those of you getting out of the Pantages by taxi, one piece of advice, do call ahead to have the taxi pick you up. Do NOT assume that there will be a line up of taxis after the show to whisk you off to your hotel. I took some fast learning to hail taxis a la New York style for me to finally catch one back to the Westin.