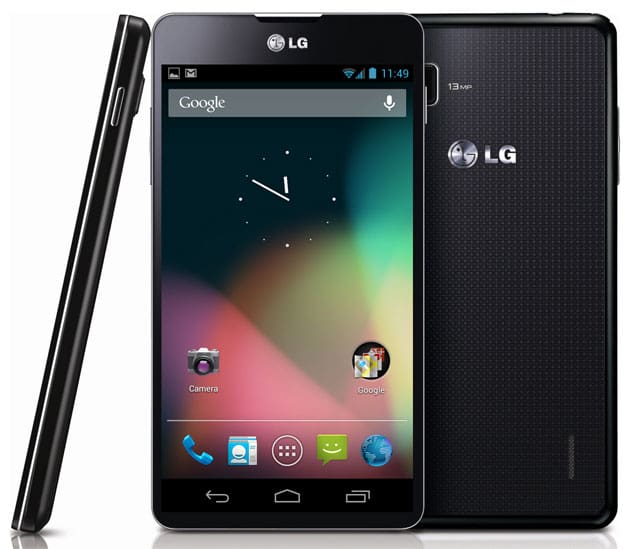 Go ahead and add “LG Nexus” to your Google Alerts: we’ve learned today that LG has a shot at becoming a marquee Nexus brand.

If the rumors are true, Google will announce that the Korean conglomerate is the next in line to manufacture an Android Nexus. Word is the new smartphone will be called the LG Optimus G Nexus (hopefully someone comes to their naming senses before that becomes official).

This will be the fourth iteration of the Nexus brand with its forebears made once by HTC (Nexus, 2009) and twice by Samsung (Nexus S, 2010 and Galaxy Nexus, 2011). It would mark the first time LG has been “certified” to build a Nexus device.

Spec-wise the Optimus Nexus sounds decent, though not remarkable. Expect a quad-core Snapdragon S4 processor, 2 GB RAM, 1280×768 True HD IPS display, 16 GB storage. Like the current Galaxy Nexus we expect there will be no microSD slot. Also unfortunate: the leaked specs suggest the battery will be non-removable.

The most significant feature LG is likely suspected to include is wireless charging.

All-in-all it sounds average. A decent enough Nexus, but unless there’s some major feature or spec we’ve yet to hear about, I’m not sure it’ll be worthy upgrading from the 2011 Galaxy Nexus.

I finally upgraded my aging, but respectably spry, OG Droid (2009) a few months back, opting to go for the $349 unlocked Galaxy Nexus via the Google Play Store. T-Mobile’s $30 unlimited data plan (amazing, isn’t that plan? Hopefully the MetroPCS deal won’t result in it disappearing) has proven to be surprisingly respectable performance-wise, at least here in the San Francisco Bay Area. And though the Galaxy S III has been the retail (and courtroom) sweetheart, the Galaxy Nexus continues to be one of the best smartphones out there, iPhone 5 included.

Maybe. I’m not entirely keen on LG’s history of Android smartphones. They’re not bad, necessarily, but they tend to run mid-pack with no outstanding feature or compelling reason to buy.

With a bunch of us running Samsung Galaxy Nexus smartphones – now coming up on their one year anniversaries – the LG will be a tantalizing option (especially for those of us who are contract-free).

It’s too early to tell, however, if this LG will be the front-runner for would-be upgraders. The other big rumor these days is that Google will expand its Nexus range to feature multiple manufacturers and for the first time offer a line of Nexus smartphones. Under some sort of “certification” program, the company would allow the likes of Samsung, Motorola, Sony (?) to also make 2012 Nexus models, if they meet certain guidelines that protect the pure Google experience Nexus-branded devices are known for.

All that to say I can remain hopeful (though highly skeptical) that Motorola makes a Nexus smartphone this year.