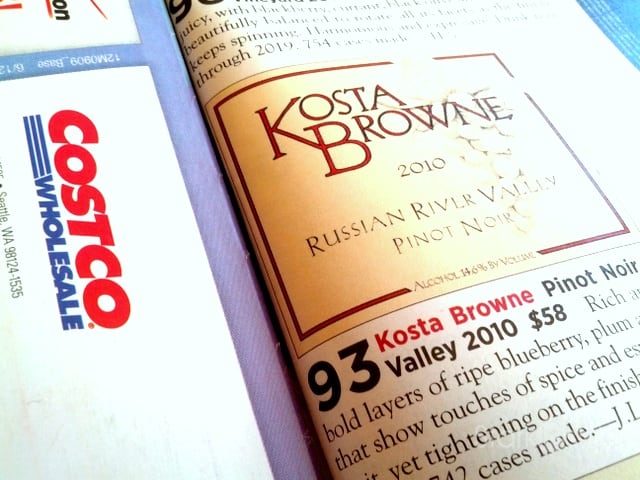 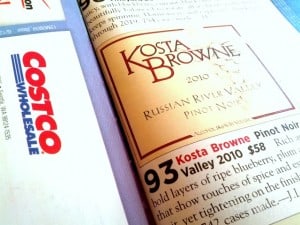 Matt Kramer of Wine Spectator last week summarized his perspective (with une petite air of defiance), “Scores work. When allied to the essential motive forces of credibility and reach they move the market. The 100-point score is arguably the newest, and most powerful, structural reality of the modern wine era.”

I may not like his conclusion (nor his slight crustiness on this particular topic), but it’s impossible not to agree. Besides Kramer’s been at this for more than a few years, and I think his opinion deserves a modicum of respect, even if the Canadian in me might want to tell him to “Smell the glove!” from time to time.

Ranking things is inherent in our culture, at least here in North America. It’s not enough to give a yes or no answer to even a simple question such as “Did you like that movie?”. We need to know how you liked it on a 10-point scale, or perhaps with a 5-point star rating, or maybe that would be the number of popcorn boxes… or anything – just so long as the preference is quantified so as to be suitable for comparison. And ties? Don’t even think about it. Leave those to soccer. Was Hunger Games better than The Dark Knight Rises? What are your top 10 favorite movies so far for 2012?

If you followed the London Olympics, chances are you were interested in who took gold, silver and bronze. And if you were like me, you occasionally glanced at the overall medal count.

Scores, rankings, and numbers in general dominate pop culture and how the media consuming public frames value and context. It’s why sites like IMDB and Metacritic have proven so successful. They can take assorted subject matters, multiple view points, and distill it all into what a rapid-fire, social-media-overloaded society wants: a score. To help make a buying decision. Or to help inform a base human instinct to envision a random assortment of products and services into relative order.

Even art can be quantified. Sotheby’s does this all the time; that (often insanely high) price that someone just paid at auction for that original painting by that previously unknown oil painter from Sweden. That price, a score of sorts. Ditto for rare cars.

And so it goes with wine.

Even Decanter Magazine switched to the 100-point system when it relaunched its buying guide in June. And, by God, they’re British!

How well do you know your wine descriptors?

Consumers at large — that majority of shoppers who buy their wines at supermarkets — need scores. It has to be a number. It has to be a score. And it has to help them make a quick buying decision without getting into complex topics such as fermentation, canopy management or yeast and clone types.

The wine section (at least here in Northern California) at Costco is fueled by Wine Spectator and Wine Enthusiast scores. And before you scoff at the notion of referencing the big box in regards to wine buying behavior consider that it moves over a billion dollars of fermented juice per year. It must be doing something right when it comes to merchandising. I know it’s not romantic. Wine should be about place, time. Experientially driven, right? Most of the wine buying public, however, doesn’t shop in boutiques.

I think we’ve all been in that harried predicament, rushing to a housewarming, or a birthday party, or a BBQ… and we stop off at Costco to pick up a bottle of wine. And because we’re in a hurry, we don’t have time for backstory, or even to hunt down a recommendation using a wine app. What matters most is price and points. Give me something about $30 that rates 93 points or higher. Okay then, yep, this Robert Mondavi Cabernet Sauvignon fits the bill (and it doesn’t hurt that there’s name recognition either). It’s a pragmatic purchase; or at least we think it is at that particular time, with far from perfect information. Still, it fulfills our need.

Fine wine aficionados, cellar dwellers, auction goers, and oenophiles in general are a different breed altogether. To them – to us – scores matter less, and are often inconsequential. We realize, and mostly agree that the wine scoring system is flawed. How absurd is it to have a 100-point scale and only use the upper 15%? How can a living, breathing organism such as wine, whose characteristics change over time, be assessed by a simple number?

Alternatives to the traditional 100-point wine scale are just as imperfect, if not more so. Badges can be eye catching, but there’s no universal standard. Using a different range of numbers really doesn’t solve the underlying issue, and, worse still, is not compatible with the decades of inherent training we’ve all had in learning what it means to be a 86-point Cline ($18) versus a 93-point Kosta Browne Pinot ($58). Ranges of scores given to a particular wine aren’t the answer either as they don’t help the consumer make a decision. Consumer Reports knows this, and assigns a score, and stack-ranks almost all of its product reviews.

There’s no hard science here, possibly wasted breath. When it comes to buying behavior, and driving sales, Costco (and Amazon, Target, Walmart), with its incredibly sophisticated warehousing logistics, and in-depth buying data is about as good a place to start. From what I observe, when it comes to wine, that means guiding the mass market with scores. After all, scores and rankings are the American way. It’s not romantic, probably not sensible even, but it’s hard-wired into our collective consciousness.